A full twenty years before steam trains started arriving at the new station of King’s Cross, a small monorail suspension railway had operated on the opposite side of the road. Not only was it an early form of suspension railway – but it was also human powered – by a man spinning a wheel at the front of each carriage. 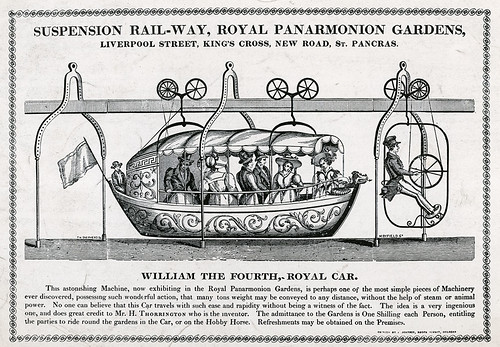