Under North London, there exists a private underground monorail service, some 20km long, running from Elstree to St John’s Wood in the centre of town. You can’t ride on the monorail, and it’s not an escape route for Royals or rich oligarchs, it’s actually owned by the electricity grid — and it’s their inspection railway. 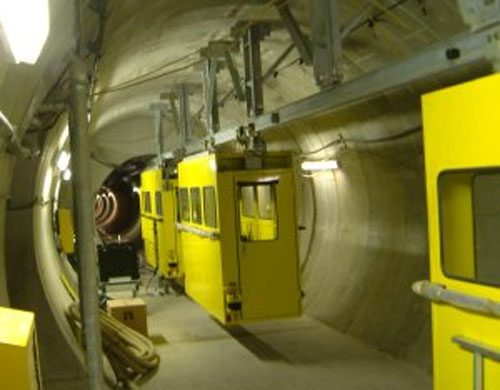 Completed in November 2005, the deep level tunnel, some 25 metres below ground connects a new 400 kV substation at St. John’s Wood to its counterpart in Elstree and was needed to meet London’s ever-growing demand for power.

Construction of the 3-metre wide tunnel took place from April 2001 to March 2004. To put the numbers into context, a typical tube tunnel is only slightly wider, at 3.5 metres.

The tunnel was constructed utilising three tunnel boring machines (TBMs) working from two drive shafts. From the Elstree drive shaft, the tunnel was driven south to Canons Corner (5.6km). Initially, the strata were sand and gravel; however, this gradually changed to London Clay as the tunnel deepens towards shaft 2.

At Cricklewood, the tunnel was driven in both directions, northwards to Canons Corner (8.2km) and southwards to St Johns Wood (6km). The tunnel in this section was constructed wholly in London Clay using an expanded lining. Access shafts were either 7.5m or 10.5m in diameter and up to 42m deep – all sunk by underpinning methods. 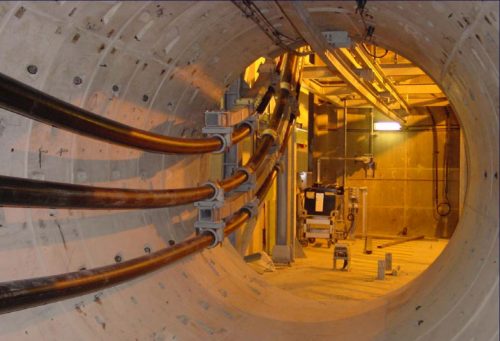 The end of the tunnel

But, when you have a 20km long tunnel, how do you inspect it?

Walking is out of the question, for duration, and in close proximity to the electricity cables, human safety reasons — so an unmanned battery-powered monorail was installed.

The vehicles are designed to remotely inspect the National Grid cables within the tunnel using infrared cameras fitted to the vehicles. The vehicles are controlled remotely at control desks fitted with television monitors which allow the operators to control the vehicles and view the condition of the cables.

The monorail tracks run along the top of the tunnel

A major tunneling project has been adding to London’s electricity capacity over the past few years. And all of those tunnels will contain small railway lines of some type for inspection trips.

While we think of the tube and railway tunnels as the major part of underground London, there is an entire “shadow” tunnel network of sometimes even larger proportions under the streets – telecoms, gas, water, sewage and of course, electricity.

Not just tunnels, but also substations, which are sometimes concealed under new office developments, such as this one in Victoria. 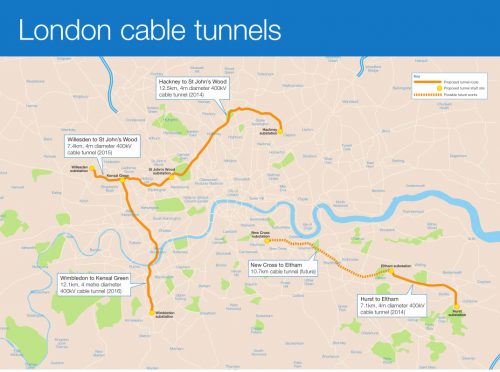