Could East London be about to get a monorail?

Havering council is working on a local transport plan which could include a monorail service linking various parts of the borough.

The cancelled plans for a 300mph hovertrain in the UK

Fifty years ago a promise was made of high-speed monorails with hovercraft style trains whizzing around the country at speeds as high as 300 miles per hour.

Under North London, there exists a private underground monorail service, some 20km long running from Elstree to St John's Wood in the centre of town.

Is it a plane? Is it a train? No, it's Railplace! Racing above the streets of London carrying passengers from city centre to airports, to Brighton, to Glasgow, all at unbelievable speeds.

In 1967, the Conservative Party published a document calling for the scrapping of buses in central London - and replacing them with a huge Monorail network. 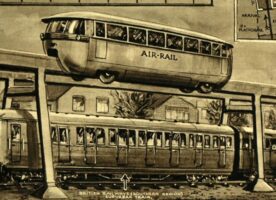 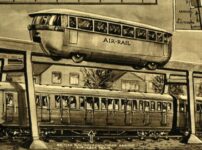 Back when London was surrounded by more green and had just one airport, a radical scheme was cooked up for a high-speed monorail linking the city to the airport.

A mono railway proposed back in 1880

In September 1880, news of an invention reached the press, of a mono-railway that could be built quickly and cheaply. 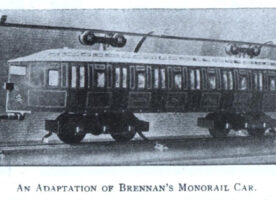 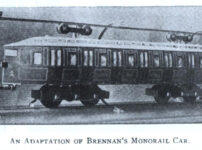 Unbuilt London: A roller-coaster monorail under the streets of London

A little over 100 years ago a radical new form of underground railway was proposed -- a monorail of most unusual design, but one that would be designed like an underground roller coaster with sharp declines and ascents between stations. 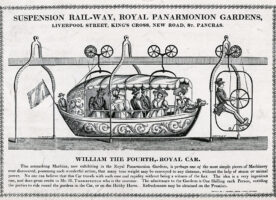 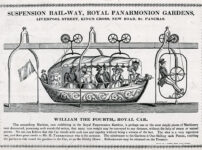 India to get a monorail service

Saw a nifty bit of news this morning – it seems that the contracts have been awarded to build the first monorail service in India – in Mumbai (Bombay). I saw a series of programs earlier this year on BBC…