Hidden away from tourists on a side street, what is the former St Paul’s Cathedral choir school makes for a most unusual Youth Hostel today. 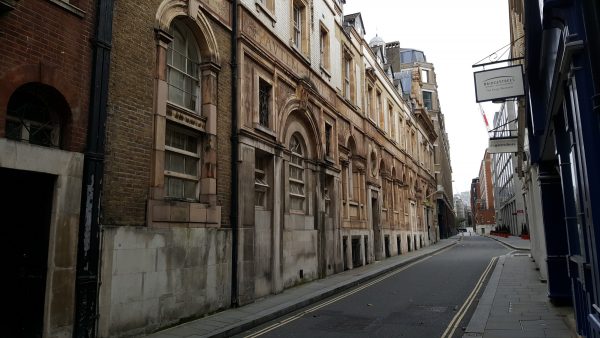 St Paul’s Cathedral has had a school for boy choristers from about 1123, when 8 boys in need of alms were provided with a home and education in return for singing the Cathedral Office. Their original school in the grounds of the Cathedral burnt down in the Great Fire of London, but it wasn’t until 1874 that the building I am writing about was built, once again giving the school a permanent home. 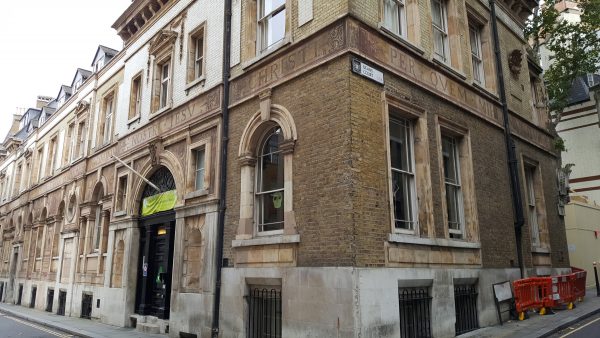 What we have here, somewhat faded from its original glory is a white brick and terracotta building, with sgraffito decoration, made by scratching through a surface to reveal a lower layer of contrasting colour. 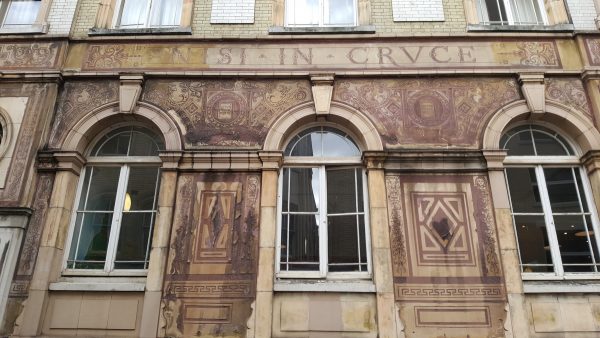 The facade also employs Renaissance elements including Venetian and round windows and round leaded doorways and niches. A slightly later red brick portion to the west was the former entrance to the Deanery stables.

There also used to be a cricket pitch on the roof.

There it remained until the 1970s, when, under threat of demolition due to a road-widening scheme to divert traffic away from the edges of the Cathedral, it moved to its present site in New Change. 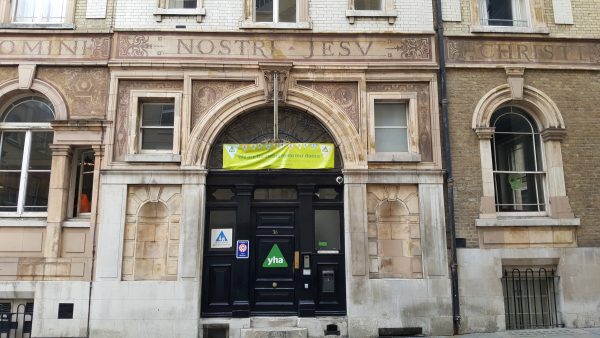 The road widening scheme for Carter Lane was later cancelled, so they could have stayed there, but as the site was empty, it’s now occupied by the Youth Hostel Association.