Covering thousands of years of activity along the Thames foreshore, ‘The River’s Tale’ explores how London has been defined by the Thames from prehistory to the present day. It tells the story of the river as an ever-changing landscape, an artery of communication and lifeblood of the city, adopted and utilised by the communities that live along it and protected by the Port of London Authority (PLA).

It’s also the first book on the archaeology of the River Thames since the late Ivor Noël Hume’s 1956 publication, Treasure in the Thames. 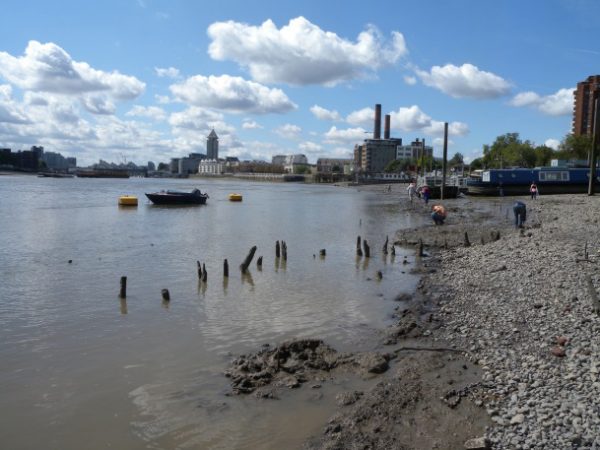 The River Thames is London’s longest archaeological site and its foreshore holds tantalising evidence of the human history that has shaped it. In a race against time and tide to discover and understand the archaeology before it is washed away or covered by shifting sands and silts, TDP have made some fascinating discoveries and continue to record and monitor significant sites.

The Thames foreshore has the largest concentration of broken nautical timbers anywhere in the UK. The discovery of extraordinarily well preserved remains of broken-up Napoleonic era warships: two Danish, one Dutch, one British at Rotherhithe has made for a remarkable study site and Thames Discovery Programme volunteers have worked to clean and examine the timbers to deduce more information about them.

The rare survival of gun carriages and nautical remains paints a vivid picture of London’s colourful mercantile history and naval might. 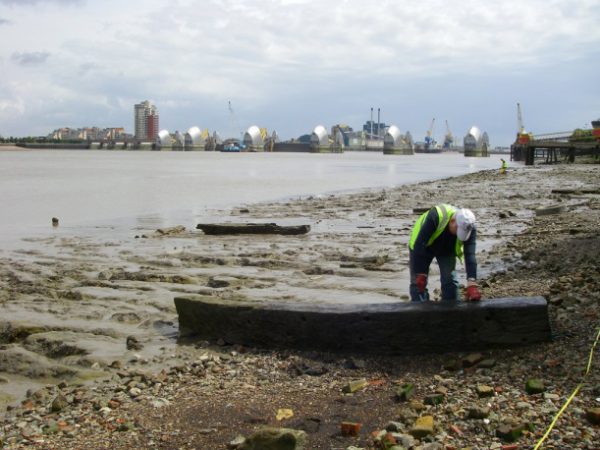 It’s rare to find prehistoric evidence in central London, but down on the foreshore just metres from the MI6 building at Vauxhall, Thames Discovery Programme found the oldest structure recorded in Greater London so far. Made of 6 timber piles, the structure is thought to be a platform or jetty and is believed to be 6000 years old. The structure a fascinating insight into prehistoric London and one of the most significant foreshore finds ever.

The book celebrates almost 10 years of community archaeology and discovery along the Thames foreshore and the work done to record its archaeology.

‘The river’s tale’: archaeology on the Thames foreshore in Greater London is available from the Museum of London Archeology at £15.00. 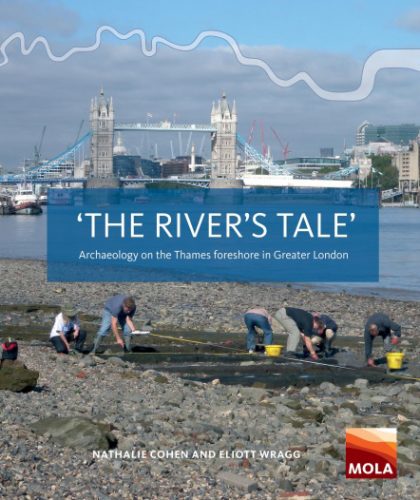