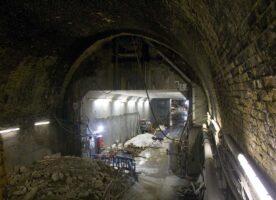 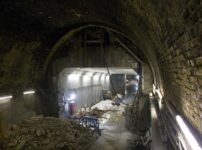 Photos from the Railway Tunnel Under London’s Docks

Another visit to the Connaught Tunnel running under the docks in East London, and a chance to see how the works to make it suitable for Crossrail trains is coming along.

Just a few photos taken the other day when out rambling last week. 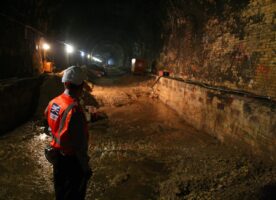 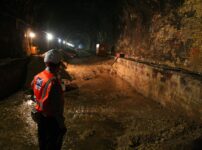 The Connaught Tunnel – then and now

In about 4-6 weeks time, one of the more interesting parts of the Crossrail project will make a significant move forward as part of the Royal Docks is drained to reveal the top of a Victorian railway tunnel for the first time in nearly 80 years. 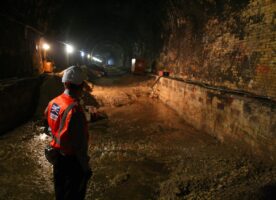 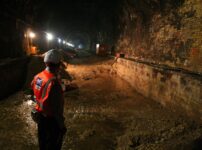 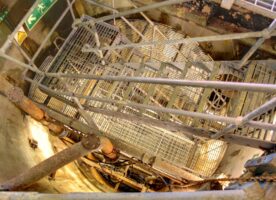 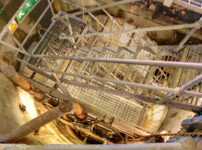 A small octagonal brick building in docklands conceals a marvellous secret - an 18-metre deep Victorian shaft that is used to pump out water that leaks into the Connaught railway tunnel that runs under the docks. 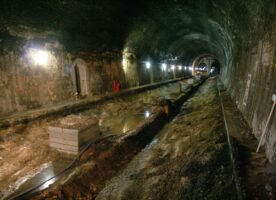 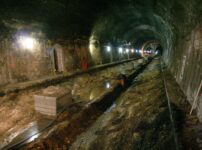 Last April I had a chance to walk through the length of the Connaught Tunnel, a disused railway tunnel in Docklands that will be refurbished for Crossrail. Today I went back for another look, although due to the now ongoing… 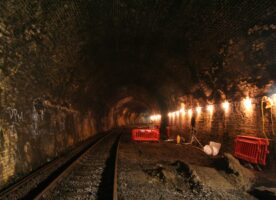 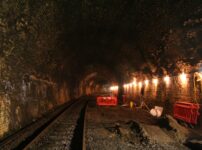 Although most of the train tunnels being built in London for Crossrail will be brand new, one section of tunnel will in fact be already over 140 years old when the first Crossrail train passes through. Built under the docks…