A small octagonal brick building in docklands conceals a marvellous secret – an 18-metre deep Victorian shaft that is used to pump out water that leaks into the Connaught railway tunnel that runs under the docks. 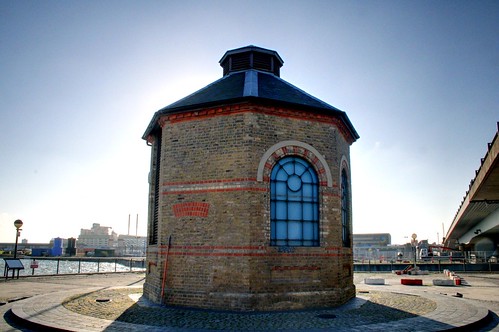 If you are digging a tunnel through wet soil, it may surprise you to learn that they are never built to be fully watertight, but to leak, a little bit.

It is not impossible to make a watertight tunnel, but frankly, not worth the extra cost and difficulty involved. Also, if it is a railway tunnel, then the structural shifts in the soil and is shaken by the trains, so any waterproof membrane will break fairly swiftly. So, built a decently waterproof tunnel, but also put in facilities to pump out the water that is designed to leak into it.

One such tunnel is the Crossrail network, and those works will lower the base of the tunnel by about a metre.

As such, the pumping facilities need to be upgraded.

Sadly, the bit you can see above ground has to go as it no longer meets modern standards for building housing industrial services. Fortunately, although the building has to go, it is to be taken down rather carefully, and the current expectation is that it is being given to the SS Robin, a steamship and will be probably rebuilt next to the ship as its ticket shop.

Both are of comparable age, so there is historic synchronicity.

Although I have known about the little brick building for ages, and more recently found out its function, I had presumed the building concealed the pumps and there were just narrow pipes drilled down to the tunnel below. You can imagine my loud squeak when shown the following image at a previous Crossrail site visit!

Not a small building sitting on top of a pipe, but an entire shaft dug down with stairs and landings and all sorts of exciting things.

Fortunately, the people at Crossrail decided to let a group of us back into the Connaught Tunnel for a look earlier this week (more about that in a day or two), and oh, as you are here, let’s take a look inside the brick building. 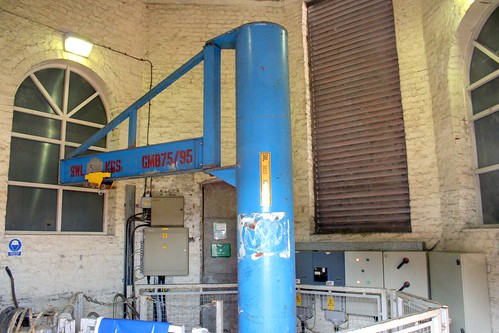 We were only allowed to look down from the ground level, as to go down requires a special confined spaces permit which is particularly important here as the bottom of the shaft is flooded.

That flooding is deliberate, as the water is drained out of the railway tunnel into the shaft, then pumped away. That way the shaft itself acts as a storage tank should there be unusually high amounts of water leaking into the tunnel at any time.

We could see, and hear the water gushing away at the bottom of the shaft, although the photos didn’t quite capture that. 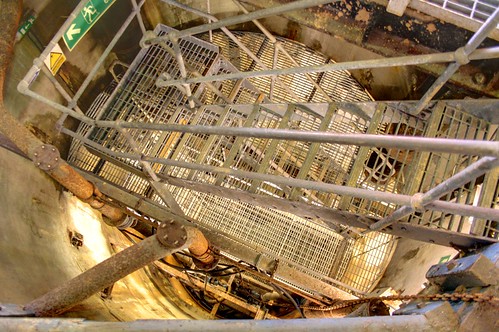 As mentioned, and visible in the slide above, the shaft will be cleared out and then deepened. To allow that to happen, the engineers are just now starting to install wells of their own around the site which will “dewater” the area – aka, dry it out, so that the shaft can be underpinned with the new deeper structure.

The works to deepen the shaft will be undertaken using heavy equipment that will be lowered down through the existing shaft to the sump beneath. The complete removal of the existing headhouse building is required to enable these works.

There are currently three pumps located at the base of the pump shaft. These will be replaced by four larger pumps. The existing headhouse provides very limited space around the pump shaft. The replacement building will provide additional space to enable access and maintainability of the new, larger pumps. The installation of the four pumps, rather than the existing three, requires the provision of a swing jib to enable the placement of the pumps in the required location within the sump. An enlarged headhouse is required to accommodate this equipment.

There will in fact be two buildings, as more equipment will be in a concealed building away from the shaft. That helps to keep the replacement shaft head building to something closer in size to the original.

Although there is understandably a lot of public focus on the tunnels and stations, it is often these smaller enabling works that are more interesting as they show an aspect of the project that is sometimes overlooked and remind us that a tunnel is rarely just a tunnel alone. 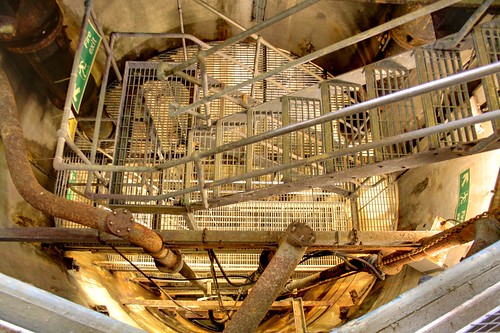 Thanks to the team at Crossrail for the site visit. 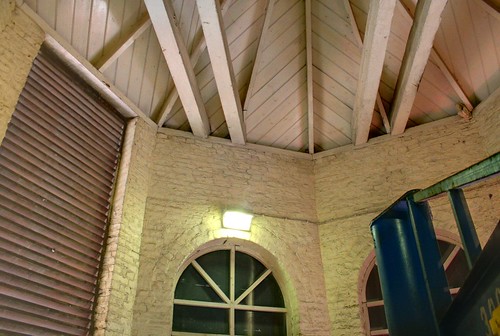 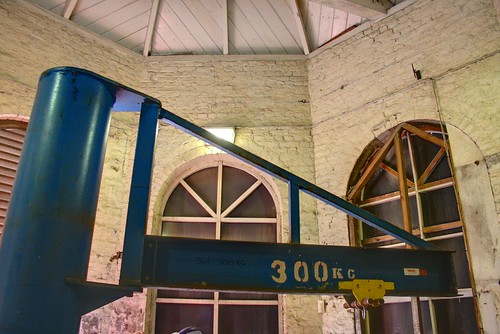 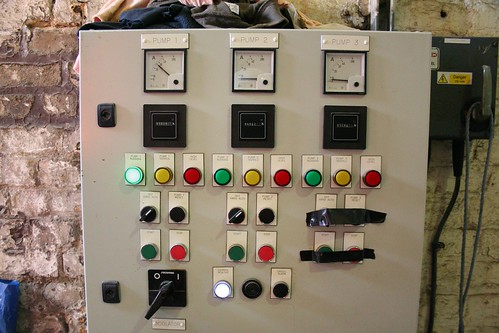