Photos from the Railway Tunnel Under London’s Docks

Another visit to the Connaught Tunnel running under the docks in East London, and a chance to see how the works to make it suitable for Crossrail trains is coming along.

This is a unique part of the Crossrail project as it is the only part of the network to use a pre-existing tunnel, which has to be extensively modernised.

Long term readers will be familiar with the site, but in brief, it’s a Victorian tunnel built to carry trains underneath a water link between the two main docks in the area. In the 1930s, as boats got larger, the central section of the tunnel was lowered so that larger boats could pass over the top.

However, that central section was not as well built as its Victorian predecessor and has had to be completely removed and replaced with a new concrete box. This was the first chance to see the new box after it had been completed.

The south side of the tunnel — note the rough bases of the walls, that was filled with ballast for the old railway and the floor is now about 5 feet lower than it used to be. 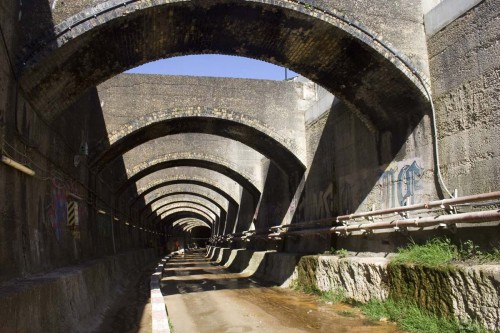 Into the Connaught Tunnel 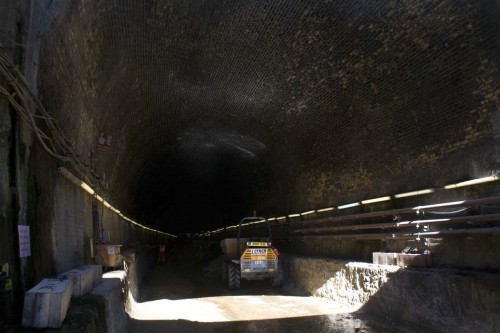 Again notice how much has been dug down to lower the floor — this is necessary to allow space for the overhead power cables. Those sidewalls are made of really quite lovely carefully lain brickwork. The Victorian builders probably never expected anyone to ever see their 15 courses of brick exposed again, but the work is still of exceptional quality. 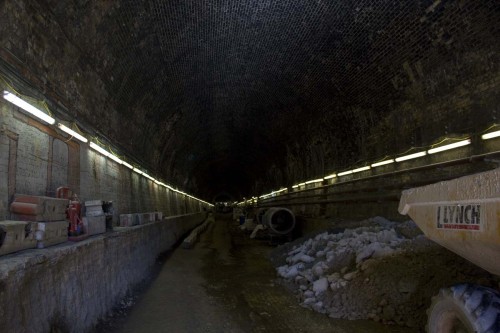 Further down into the tunnel 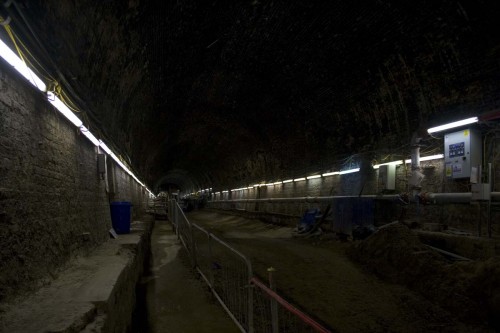 Approaching the current worksite — here they are digging down even further and laying a fresh concrete floor. 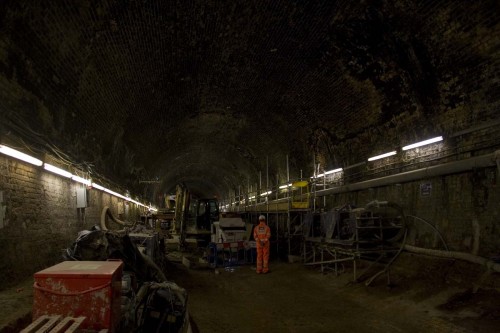 The under digging work site. For safety reasons, they have to do the work in slices — dig down a slice about 2 metres wide, and fill it with concrete. Then move 2 metres away and repeat, and then remove the central 2 meters. And keep doing that leapfrogging action all the way along the tunnel.

It is an exceptionally tight working space. 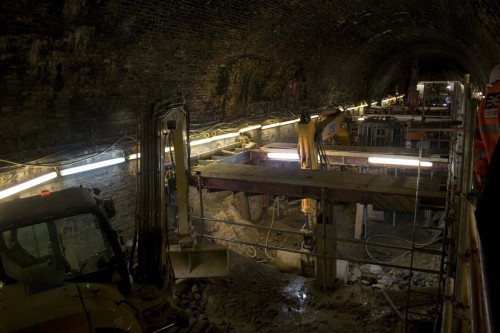 A walkway past the main construction site gives an unusually close view of the massive brick arches overhead. The bricks will be cleaned, but will retain lingering remains of the soot of Victorian trains that is too deeply embedded into them. 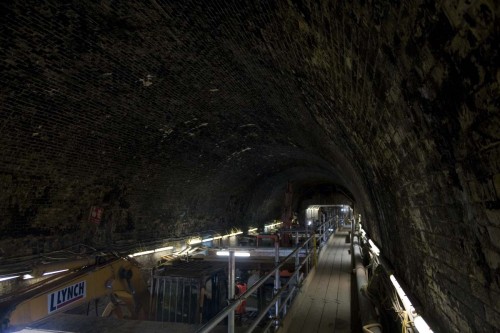 Concrete delivery underway as we arrived. 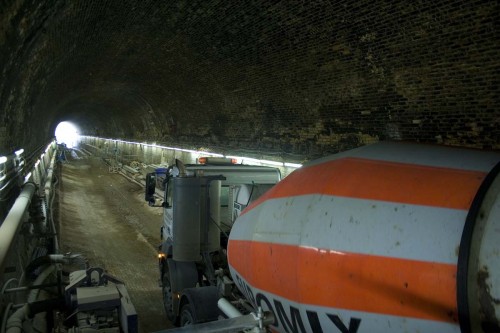 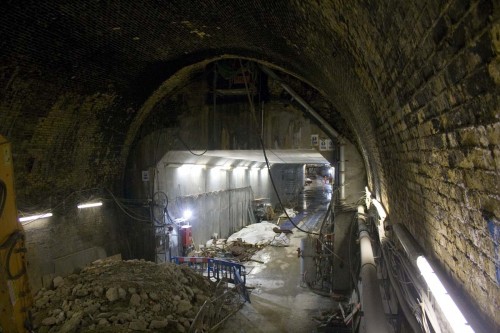 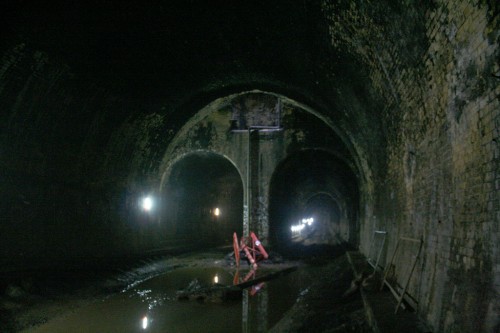 And roughly the same view today… 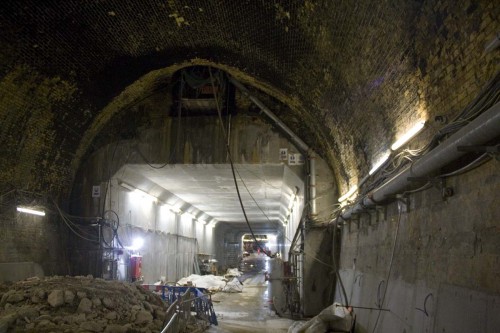 Standing underneath the docks. 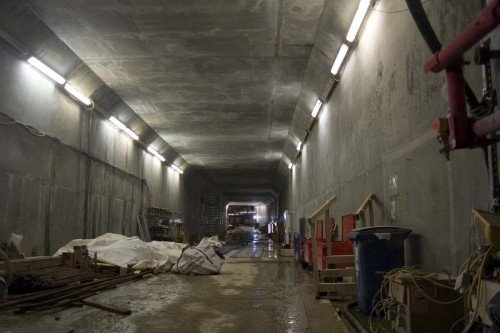 The walls still leak a little, but this is to be expected, and is not a problem, as the limescale builds up within the tiny fractures actually helps to seal them. Once the seepage has stopped, the concrete will be polished off and you’d never even know that patch is a mix of concrete and limescale. 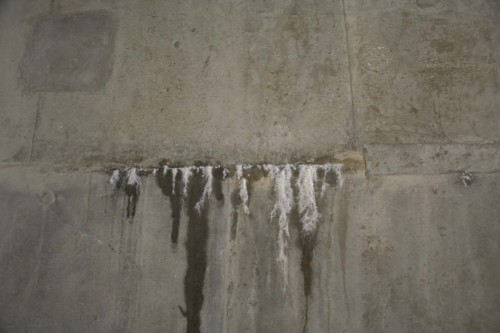 Another view of the new concrete lining. 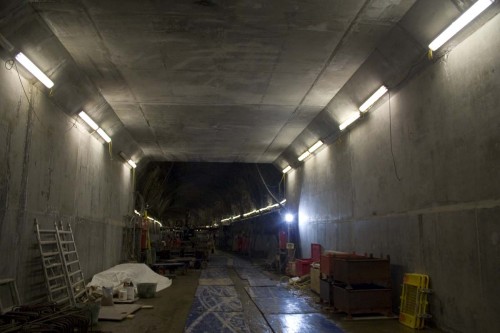 The northern half of the tunnel You can probably just about make out the concrete sides of the wall at the bottom — that is how the southern half will look like once they finish all the under digging works. 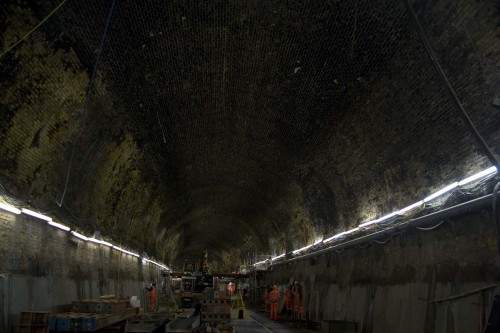 A slightly overexposed view to show the tunnel and the last of the under digging works being removed. 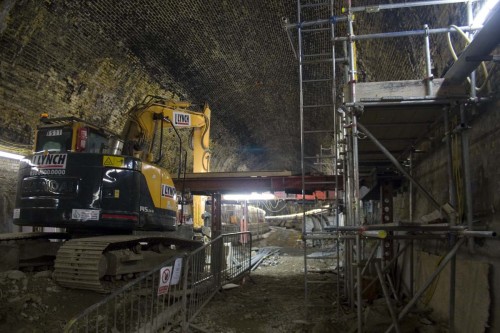 The long slow curve of the tunnel as it approaches Prince Regent DLR station. 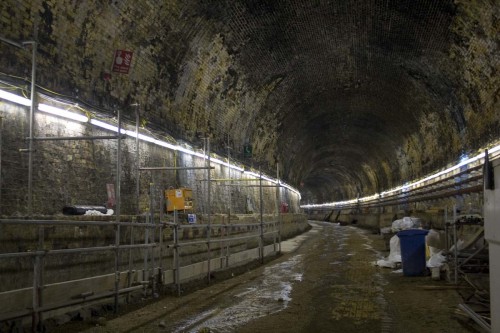 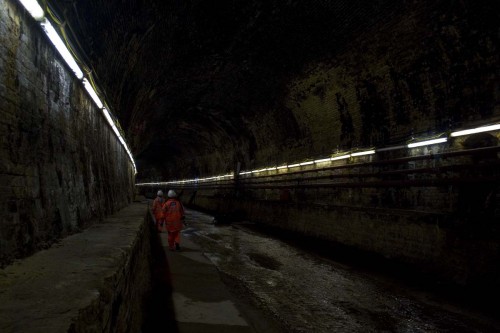 And finally back out into the sunshine. 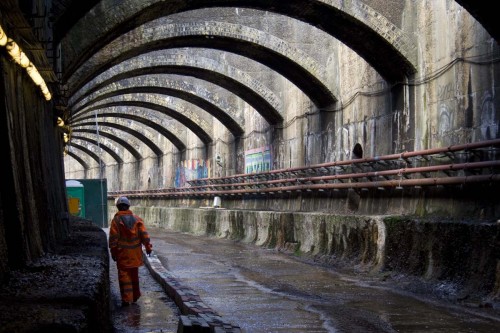 A final funny — although it is a serious issue as they had to stop works from above when trying to replace the central section at times due to their cranes interfering with the flight path. 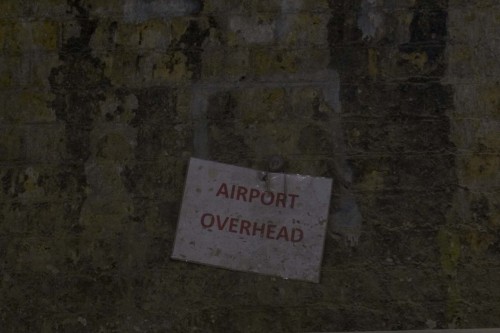 Site access was courtesy of Crossrail and Vinci — for more background on the site, site visit reports in Feb 2012, Feb 2013.