Ticket Alert: Date announced for a rare tour of a WW2 Bunker 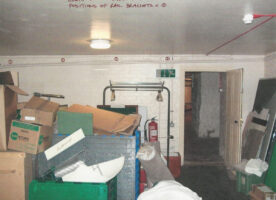 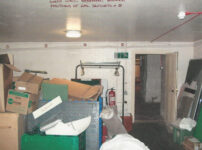 Eat some brains in an underground WW2 bunker

Nest month, a group are putting on a dining event inside a WW2 bunker underneath Dalston, and will serve up a heady mix of brains to eat, and science to feed the brains in your heads.

While the Cabinet War Rooms in Westminster are very famous, there was a reserve bunker built in North London just in case the Westminster bunker was bombed.

Hidden under a modern housing estate in North London lies the remains of what was once one of the most secret of military installations built during World War 2. Now needing pumps to keep water down to a manageable level…

Lurking under a substantial road bridge in north-east London lies a remnant of the second world war – a public air-raid shelter that probably housed about a thousand people during bombing raids. The area, mainly of semi-detached houses with decent…