About the The British Museum

One of the UK's main national museums, although despite it's name, it focuses mostly on other countries.

Has an impressive collection from Egypt, Greece, Roman remains and a host of other item specific collections such as the clocks or money galleries.

Most of the galleries lead off a huge central courtyard which is under glass.

The museum is free to visit, although the major temporary exhibitions often have to be paid for.

You can easily spend a day there. 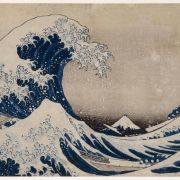 Free  Enticing Peaks - Swiss prints from the Lloyd Bequest
A selection of the finest prints from Lloyd's collection that reveal his admiration for the Alpine landscape and his interest in Swiss customs and mythology. 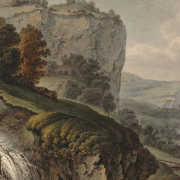 £15  Peru: a journey in time
Step into the vibrant world of Peru and discover how people have thrived for millennia in one of the most complex and challenging environments on the planet. 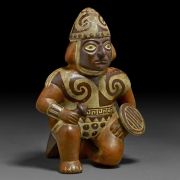 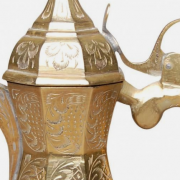 £20  The world of Stonehenge
Informed by recent archaeological and scientific discoveries, this exhibition offers new insight on one of the world’s great wonders, bringing the true story of Stonehenge into sharper focus than ever before.
Open from Thu 17th February to Sun 17th July 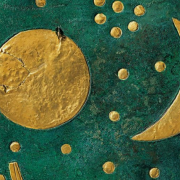 Travel to the Swiss Alps inside the British Museum

There’s a little-noticed exhibition at the British Museum at the moment full of watercolours and drawings of the Swiss Alps.

If your idea of ancient Peru is all death cults, mountainous Incan cities, and that curious era where seemingly every UK high street had Peruvian pan-pipe players at weekends, then the British Museum is about to change your mind radically.

Made some 3,600 years ago, the world’s oldest known map of the night sky is coming to London to go on display in the British Museum early next year.

For the first time since they were made around 200 years ago, a set of exceptionally rare drawings from the Japanese artist Katsushika Hokusai have gone on public display.

Treasures of Peru are coming to the British Museum

A new exhibition opening later this year at the British Museum will see a host of objects loaned by Peruvian museums coming to the UK, many of which have never been seen in this country before.

The British Museum has started running tours of its Egyptian galleries before the museum opens to the public at weekends.

Mythbusting Nero at the British Museum

Almost everything you think you know about Nero is probably wrong. He didn’t fiddle while Rome burned, probably didn’t kill his wife, might not have killed his mother, and even his suicide is in doubt.

Nero is coming to the British Museum

An exhibition about one of the most notorious, and misunderstood Roman Emperors is coming to London next month.

For the first time since it was made 800 years ago, an entire stained glass window dedicated to Thomas Becket will leave Canterbury Cathedral to go on display in the British Museum.

For the British Museum, the relaxation of the lockdown has come just in the nick of time, for this weekend also marks the 20th anniversary of the opening of the Great Court.

Take in an arctic adventure at the British Museum

An exhibition about the Arctic that opens with a warning that the lands you are about to visit are rapidly vanishing might sound like it’s going to be a bit of a downer, but this exhibition is really quite uplifting.

Tantra at the British Museum is more death than sex

Tantra, that sex thing that people talk about, Indian isn’t it? And Sting, and 1960s flower power. And decapitations, death, skulls, covering yourself in human ashes.

Tickets Alert: Tantra and the Arctic at the British Museum

Two new exhibitions are opening soon at the British Museum, and in these covid times of restricted visitor numbers, tickets are now available.

The Tomb of the Unknown Craftsman at the British Museum

A sculpture of an iron ship, sailing into the afterlife has appeared in the British Museum, a work of art by Grayson Perry.

The British Museum reopened last week, as society slowly returns to some semblance of normality.

The British Museum has revamped its online collections database, making over 1.9 million photos of its collection available for free online under a Creative Commons license.

A turbulent priest appears at the British Museum

To mark the 850th anniversary of the assassination of the Thomas Becket, the British Museum has announced a major exhibition about the man, the Archbishop, the saint.

In the British Museum at the moment is an exhibition about a period of German history that’s both well known, and hardly known at all – the hyperinflation of the world war periods.

Postcards as art and politics at the British Museum

At a time when art seems to be getting ever larger and less able to fit into private homes, there’s an exhibition of the opposite end of the spectrum, of postcards as art.

Money in board games — a British Museum exhibition

Monopoly is the famous money obsessed board game, but an exhibition now open looks at the much wider appearance of money in games, boards and otherwise.

Looking at how Europeans traded with Asia from the 18th century onwards, an exhibition shows how Asia viewed these strange foreigners in their homelands.

Free  Shadow puppet theatre from Indonesia, Malaysia, and Thailand
A rare display of the British Museum’s collection of shadow theatre puppets from Southeast Asia.
2016-12-24
2017-01-29
Free  Defacing the past: damnation and desecration in imperial Rome
This exhibition shows off coins and other objects that were defaced, usually to condemn the memory of deceased Roman Emperors.
2016-12-23
2017-05-07
£16.50  The American Dream: Pop to Present
Trace 60 years of a superpower in this major new exhibition.
2017-03-09
2017-06-18
£12  Hokusai - Beyond the Great Wave
Experience the beautiful and sublime work of one of Japan’s greatest artists.
2017-05-25
2017-08-13
Free  British watercolour landscapes 1850–1950
This is the first exhibition devoted to landscape drawings and watercolours by British artists in the Victorian and modern eras.
2017-02-23
2017-08-27
Free  Desire, love, identity exploring LGBTQ histories
This exhibition offers glimpses into LGBTQ histories, experiences and lives by examining objects from around the world,
2017-05-11
2017-10-15