Photos from the roof of Victoria Station

As a couple of thousand people milled around the concourse of Victoria Station, a much smaller number of people were permitted to wander high above their heads, on the Victorian roof structure. 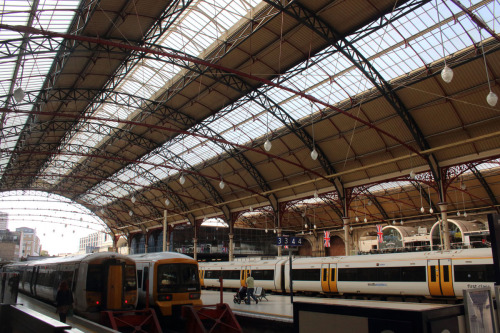 As part of Open House, the staff at Victoria Station held a ballot, which proved to be very popular, and was massively overbooked — as letting people up high or down low will always be popular to a certain sort of person.

A 20 minute presentation about the history of the site, and a hint about future plans, and then time to head up to the roof.

And thus, high-vis donned, hard hat applied, and boots checked for suitability, eight people were led around the back of the station, where a locked door leads to staircase to the roof level.

Victoria Station is in fact two stations built next to each other. One half had their tatty roof replaced a decade back, and the other half will probably get the same treatment in about five years time. 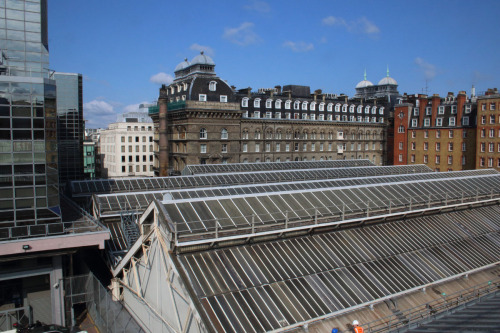 At that time, there may be, funding and planning permitted, a much wider revamp of the entire concourse to clear up the central area and make it more of a single station than two separate buildings. Although plans are in early stages, I’d expect Network Rail’s favourite trick to be deployed — a mezzanine floor around the edges, and the centre cleared out. Or maybe they’ll plot something new for a change?

Wrapped around the front of one half of the station is the ubiquitous hotel, although if you look carefully the modernish bit in the corner is the consequence of a bomb from WW2, and is still known as the bomb gap. 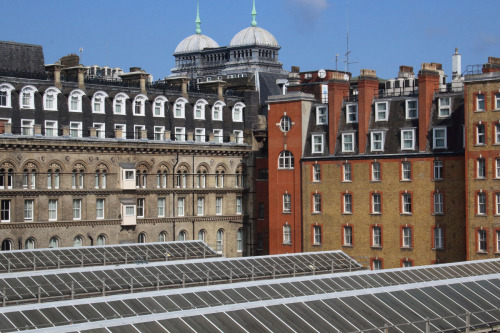 Bombs did a fair bit of damage to the railway station, with a plane also crashing onto the front, where the buses wait today. Plans by Time Team to dig there for the remains of the plane being thwarted by the railway pointing out that there is a basement at that location, so no point digging. 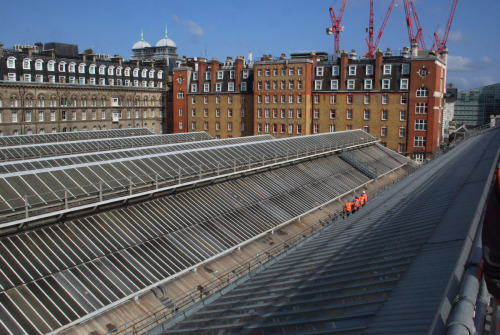 Actually, that is one aspect that marks Victoria out as different from other stations — a lack of basements. Many of the stations were built on viaducts so have vast underground spaces for storage and access. Victoria is built on top of an old canal and dock, and also on sandy gravel soil that makes basements quite difficult to construct.

The expansion of the underground station nearby being massively affected by the difficult soil conditions they are working with.

Up on the roof though, climbing up a steep set of steps with only half the width of normal steps proved a mild challenge, especially as the structure swayed as people climbed upwards. 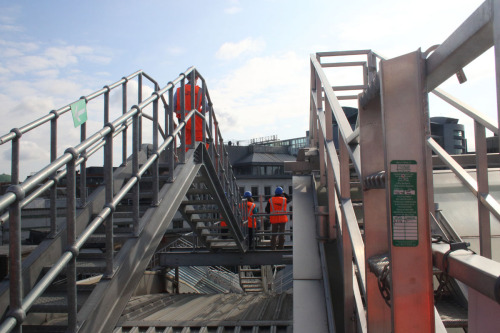 But up here, at last, you can see the huge expanse of steel and glass that was restored to its original Victorian splendour. The use of more modern materials does mean that it is somewhat lighter than before, which is an asset, as it turned out that the entire roof rests on the gutters. Replacing the old gutters, therefore, meaning that the rest of the roof had to be disconnected and then supported on extra scaffolding during the restoration. 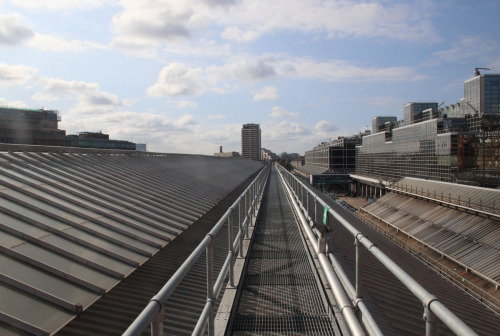 Up here though, it was more a case of admiring the views, the regular linearity of the roof line and generally peering at things that are rarely peered at from this angle. 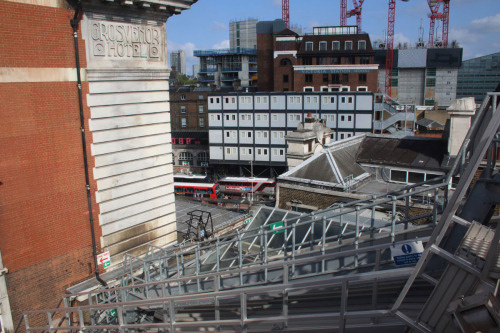 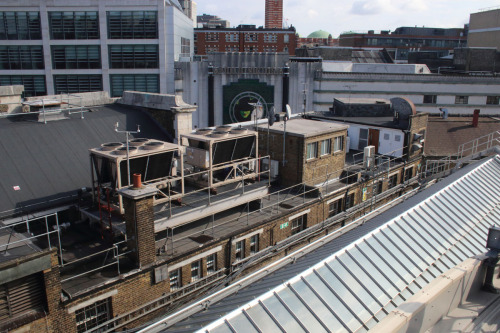 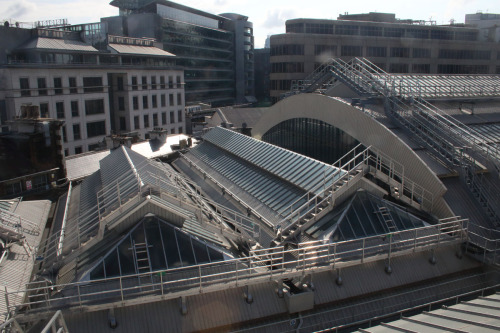 The tour guides were however very keen to show off something that isn’t on the roof, but down the backside of Platform 1 — their waste recycling plant. They aim to recycle over 80-something percent of their station waste, including what comes from the shops and cafes, and there is a bit of a competition between the London terminus stations as to which is doing best. At the moment Victoria is winning, although they almost lost when their own head-office put a low-weight warning on a road bridge over the railway (bridge number 1 as it happens), which blocked their own waste carts from driving over it. That has since been resolved. 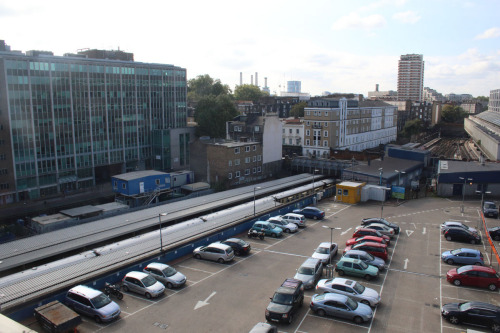 Thanks to the staff and volunteers at Victoria Station. If you missed out this time, they are very keen to do the tours again next year. I suspect that the ballot will be even more heavily over booked next year as photos were Tweeted throughout the weekend to whet people’s appetites. 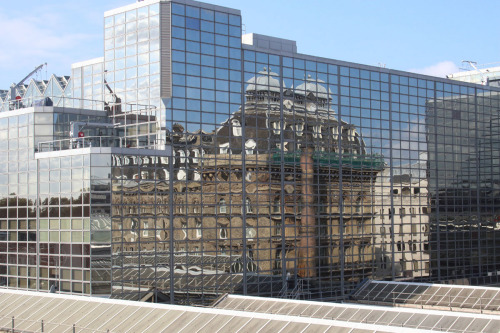 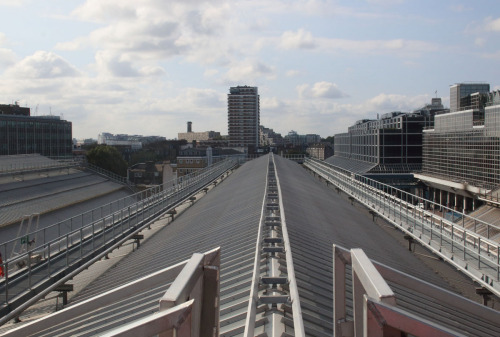 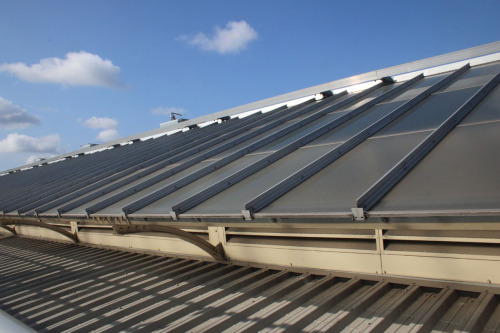 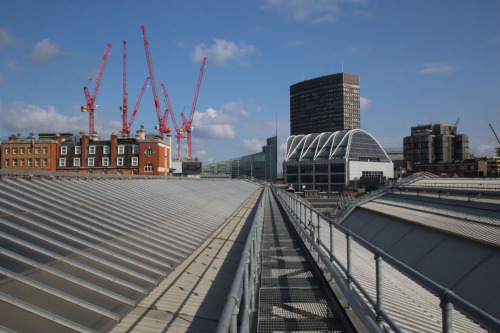 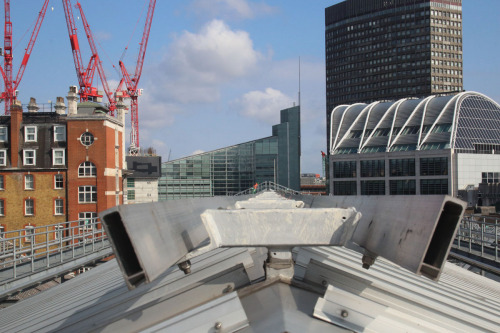 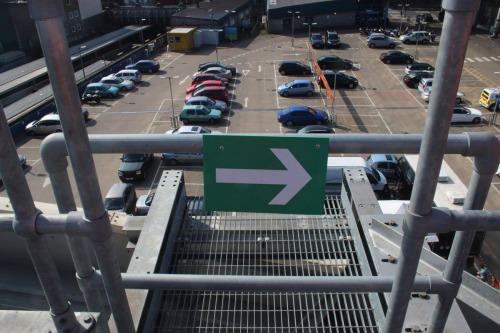