Published 28 September 2011 by By Ian Mansfield Events and Tours

People passing the City of London’s Guildhall on Sunday will have seen the place packed full of people, along with a fairground organ, various sad looking donkeys, a couple less depressed Shire Horses, lots of people in fancy red robes and hats.

…and a collection of people in black suits covered in shiny buttons, London’s Pearly Kings and Queens. 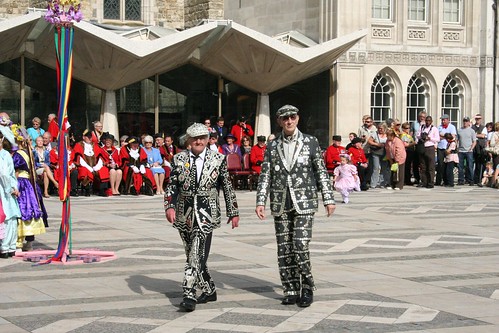 This was the 13th annual Costermongers Harvest Festival – named after the fruit delivery salesmen who indirectly lead to the creation of the Pearly Kings and Queens.

There are in fact two separate “official” Pearly Associations, but it seems to my untrained eye that there were members of both in attendance on Sunday.

Obviously an autumnal Harvest Festival needs a springtide May Pole to dance around, and preferably one in pastel colours accompanied by ladies in frilly pastel colours singing a country garden song. However that livened up considerably when the lead dancer started pulling various borough Mayors, Sheriffs and other suitable distinguished looking sorts up to the pole to take a ribbon. Joined by the Pearly Monarchs, they danced — some vigorously, others less so — around the pole. 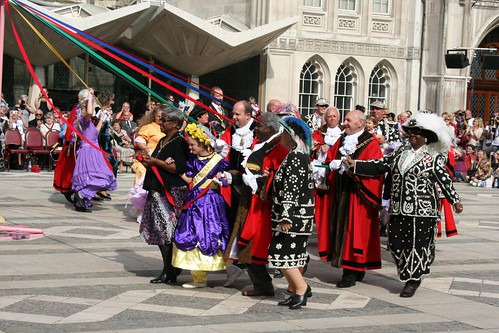 Sending them back to catch their breath, on came a troupe of Morris dancers. Not Morris Men, as the group was of both genders.

And a “fool” in babies clothing. 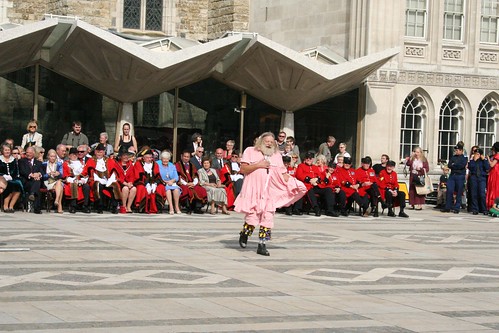 A marching band came on afterwards, but I had to leave. 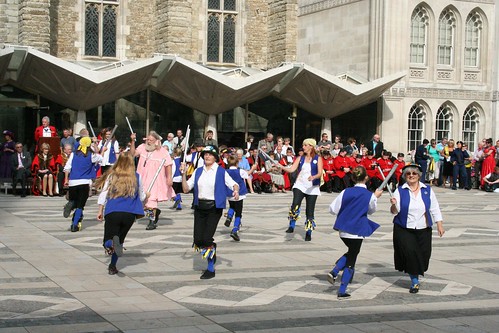 The event would have carried on for another 30 minutes or so, then the whole lot forms up into a parade, with the harvest goods in wagons and makes its way down the road to a nearby church for the annual service.

More photos from the day in the gallery.

The next big gathering of Pearly Monarchs is at St Paul’s church, Covent garden, on Sunday 9th October. The society members gather at around 10am in the grounds of the church.