Tomorrow is May Day, and each year the Fowlers Troop recreate the Deptford Jack parade in a different part of London. This year, it’s the turn of the City to witness a walking mound of greenery parade through it’s stone and glass corridors.

According to the ubiquitous Wikipedia, the Jack in the Green tradition dates back to around the 16th and 17th centuries, when people would make garlands of flowers and leaves for the May Day celebration. After becoming a source of competition between Works Guilds, these garlands became increasingly elaborate, to the extent that it covered the entire man. This became known as Jack in the Green.

I’ve followed it a few times – but probably not tomorrow due to work commitments – but if you are in the City or parts of Southwark, then it is certainly something to look out for.

The route is roughly circular, from Southwark, over London Bridge, then along Cannon Street to St Pauls, over the Wobbly Bridge and back down to Southwark. 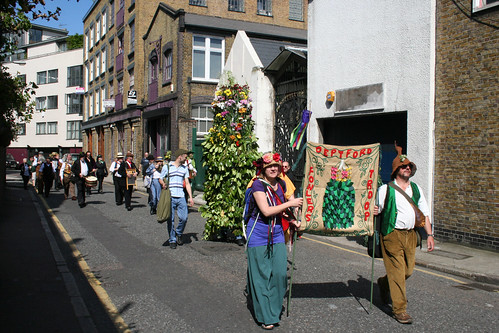 The full route – according to the Fowlers Troop website: 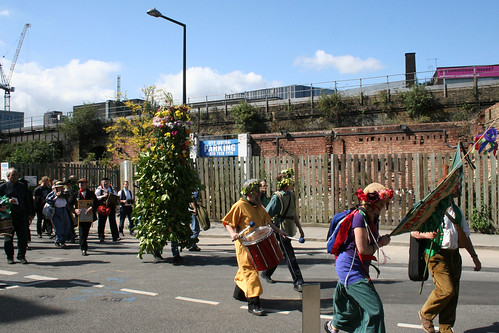