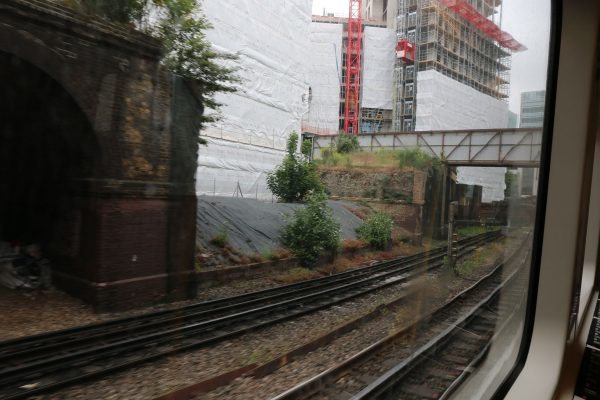 Crossrail trains are being tested from Southend to London – raising hopes that in future they could run to and from the town on a regular basis. Echo News

Twickenham Station is set to move into its next phase when the station entrance is moved on August 25, it has been announced. Local Guardian

Travellers have been advised to avoid London Waterloo until Thursday after a train derailed outside the station. BBC News

About £45m was spent by TfL making more than 800 people redundant over the controversial plan to close Tube ticket offices. BBC News

A reckless bus driver ignored warnings and smashed through barriers at a level crossing in north London. ITV

And finally, Paolozzi’s Tube mosaic designs to be sold at auction The Scotsman

Image above is from June 2016: The curious tale of Hammersmith’s abandoned railway viaduct