Hot air balloons to drift over London on Sunday

The launch site is Burgess Park, Albany Road, SE5 7QH. There is no parking on site, there is no smoking on site.

Intended launch time is around 4:45-5am with expected flight track to the east side of Tower Bridge north of Canary Wharf heading out towards Romford.

There is a chance, just a chance, that a huge flotilla of hot air balloons will drift over London early on Sunday morning.

As the sun rises, a field in south London will see flat lifeless sacks come alive with fiery breath and at a little after 5am, the whole lot lift off to drift silently over the sleeping city. 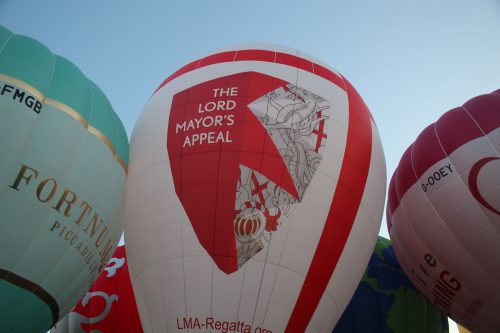 Due to the weather dependent nature of this event, the Balloon Regatta will be on standby on each Sunday throughout June, with an official weather call being made each week.

This Sunday is the first attempt — and according to their website — they are go for a Sunday lift-off. 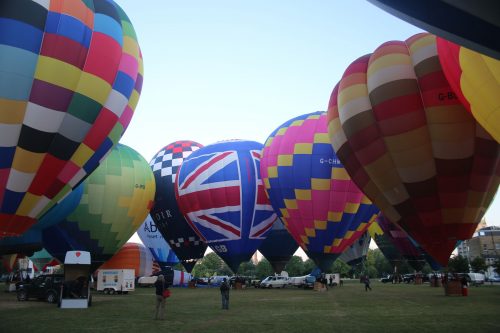 The Lord Mayor’s Hot Air Balloon Regatta is now an annual event — which took place for the first time last year — and raises money and awareness for the Lord Mayor’s charity.

Last year, the lift off was from a park in Shoreditch shortly after sunrise and they headed south over London. The direction/takeoff site this year will naturally, depend on what the weather is up to. 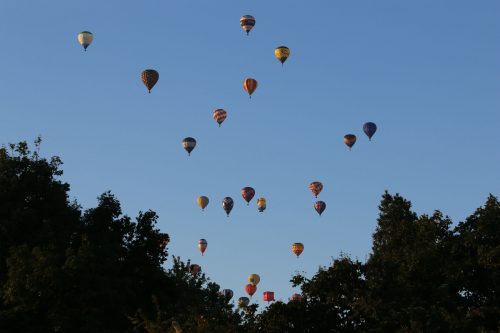 Heading off towards Kent