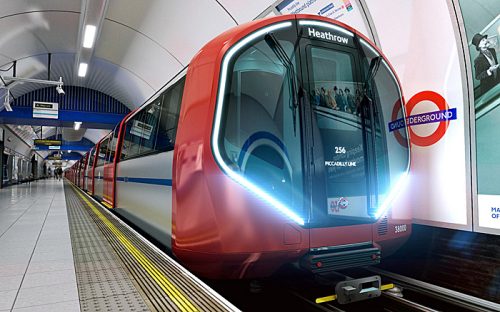 After someone kept bumping up against him at Oxford Circus Underground station, a man turned around – to receive a vicious headbutt. LBC

London City Airport’s chief executive has hit out at TfL after being refused planning permission to build a £50m Crossrail station. Construction News

Network Rail has unearthed some important pieces of railway heritage whilst building new tracks for the Crossrail project. Press Release

Hundreds of Eurostar passengers were stranded overnight in Paris after a traveller tried to take a Second World War bomb onto a London-bound train. Standard

The journey to Heathrow Airport from Surrey could improve with plans to create a new rail link. Eagle Radio

Network Rail, who own most of London’s “heavy rail” track, have created this graphic showing where in London they are improving the rail network Mapping London

And finally, 400 limited edition tube maps will be hidden around the London Underground on Saturday — the 114th anniversary of Harry Beck’s birth. IanVisits

The image above is from October 2014: New tube train for the London Underground goes on display