A curiously powerful and moving collection of art created by school children, but inspired by memories of WW1, with a Flanders trench-like pathway to navigate.

This is Echoes Across the Century, a new exhibition at the Guildhall Art Gallery commemorating the 100th anniversary of WW1. It’s a collaboration between a number of the City livery guilds that then worked with the schools on a theme which is then laid out within the rooms.

Created by artist and set designer Jane Churchill, this exhibition brings to life the human impact of the First World War through personal stories and artwork. Churchill has created an immersive ‘behind the scenes’ experience that provides a glimpse into what was a very difficult and harsh reality for many.

That clinical description is to belie the impact of the display though.

Its a display of emotions, and yes you can go up close and look at the individual cabinets and objects, but that is to lose sight of the wood for the close-up inspection of a single twig. Much better to stand back and take in the whole, while occasionally drawing closer to objects that catch the eye.

Most dramatic of all is the huge wooden structure that weaves its way between the rooms creating a very warlike aesthetic to the overall display. Peering through the slats into other displays giving a disjointed view of what’s around the corner.

This is the gallery’s first exhibition to operate as a large-scale installation. 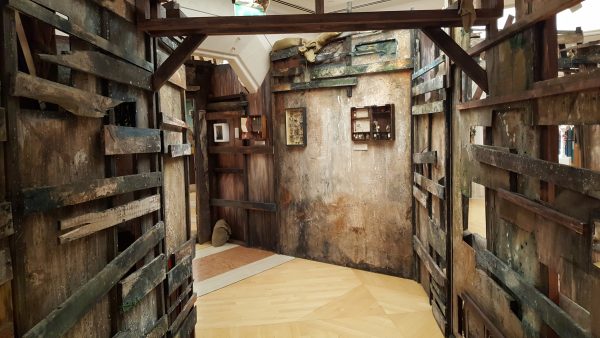 Key pieces include recruitment posters, paintings of ambulances and spectacles, playing cards, profound diary extracts, a sky full of war-time planes and a stunning peace memorial. Artworks by Churchill are interwoven among the students’ work, telling personal stories of love and loss.

War Horse fans will mourn over the shattered plaster and pipe models of horses on their last legs. The large frames of butterflies, each hand made on paper represent a life lost in the war. Small boxes containing personal memories of people who fought. 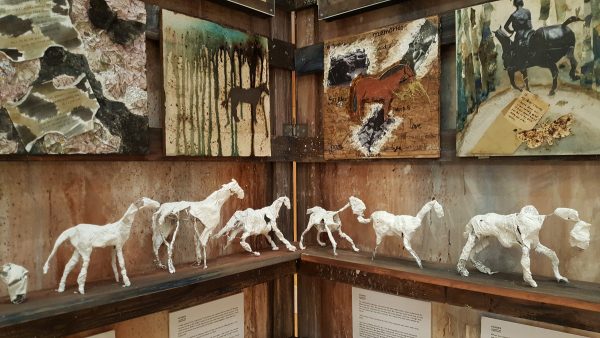 It’s a deeply moving exhibition that should be taken in for the overall impact of the memories in how they have been put together by children who are generations removed from the soldiers who fought the war. 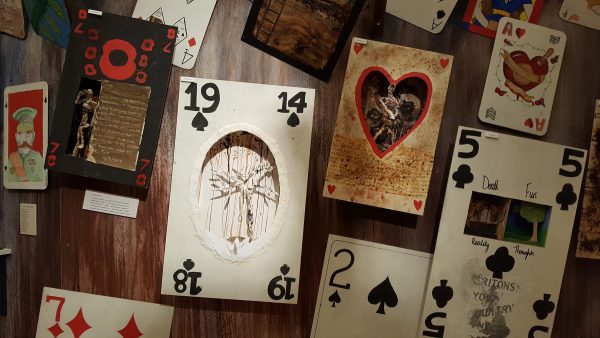 The exhibition, Echoes Across the Century is open daily until 16th July. Entry is free. 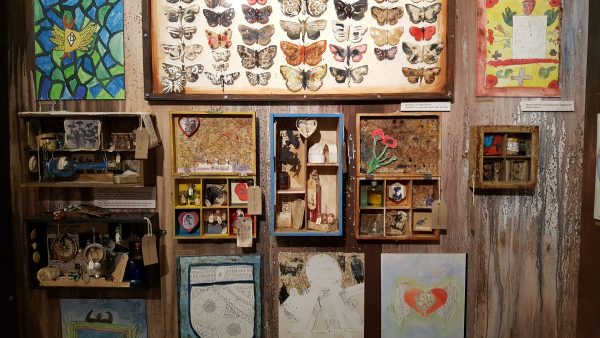 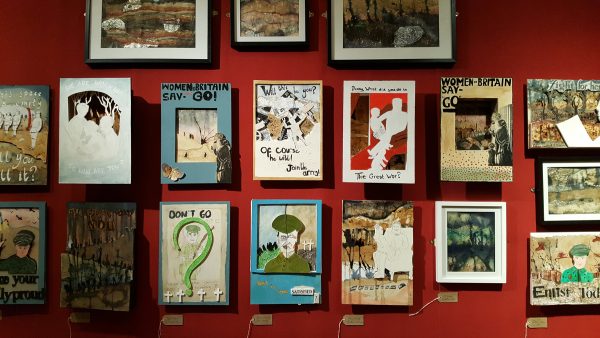 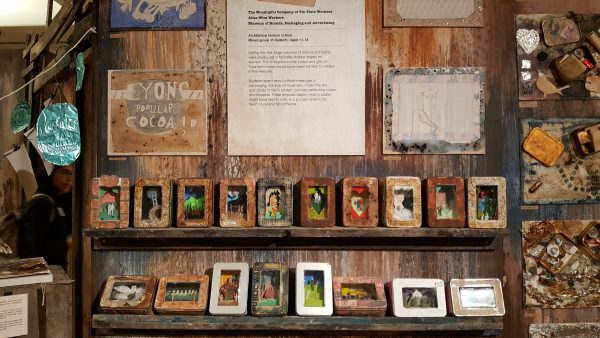 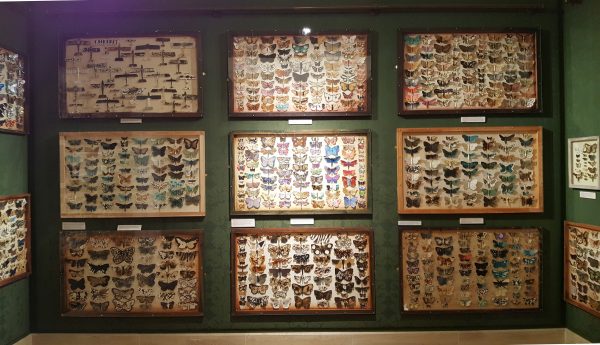 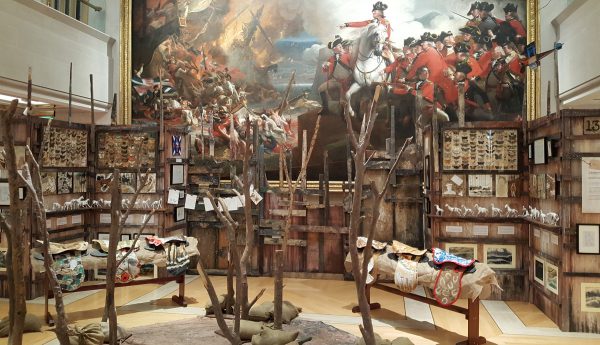 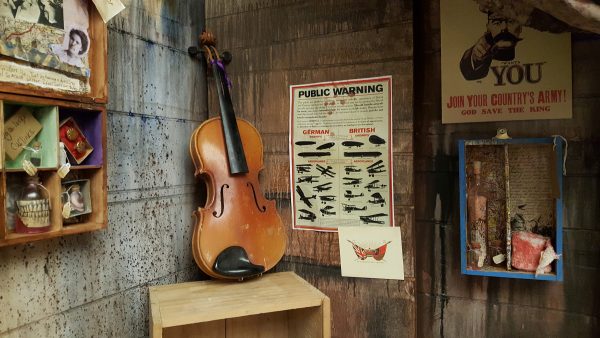