Exhibition looks at the use of Uncommon Currency in London

Money is changing – the rise of cryptocurrencies, quantitative easing, and people scouring around for old pound coins, so an exhibition has opened that looks at the nature of alternative currencies.

The exhibition, (Un)common Currency at the Museum of London explores the use of alternative currencies in London since the 17th century. 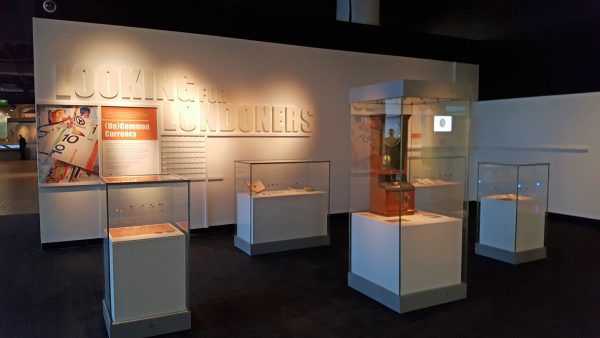 Money itself is an often misunderstood thing. The fuss about getting rid of old pound coins before they cease to be legal tender is a good example of the misunderstanding.

The term legal tender only applies where a person is seeking to repay a debt, and if the lender says “I want repayment in goose eggs”, the payment can be forced on them by means of legal tender.

That is the one and only time that legal tender has any meaning.

When someone says a Scottish Bank Note is legal tender, not only is it not actually legal tender, but even if it was, it can only be forced onto someone when used to settle a debt.

Shopping does not create a debt, so any payment that the shop wants to take is allowed. That is why it’s possible to use a credit card to buy something, as the shops are allowed to accept anything they want as payment.

Yes, shops are free to accept old pound coins — if they want to — the recent media fuss was more about using “fake news” to get old coins out of circulation fast, rather than any practical impact on consumers hording worthless coins.

It is the very narrow, and to all intents, rarely enforced definition of what is legal tender that lets (Un)common Currencies exist in the first place. From early tokens to modern Brixton Pounds, they exist because hardly anyone ever needs to use currency as legal tender, to settle a debt that the lender wants settled some other way. 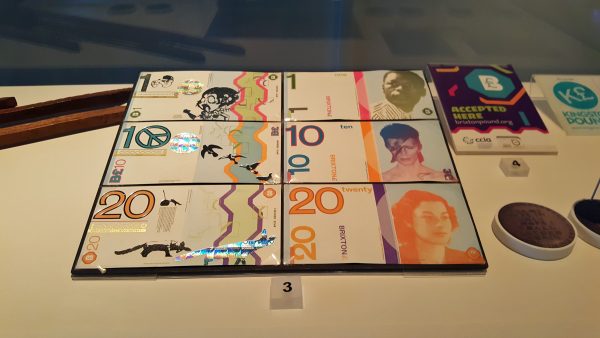 Currencies have also been political – not just Marx and his misunderstanding of wealth creation, but as emblems of protest themselves.

When the founder of the London Corresponding Society was arrested for campaigning for votes for all men (but not women!), his acquittal was marked by the use of celebratory tokens, which became a form of alternative currency that fellow radicals used to trade between each other. 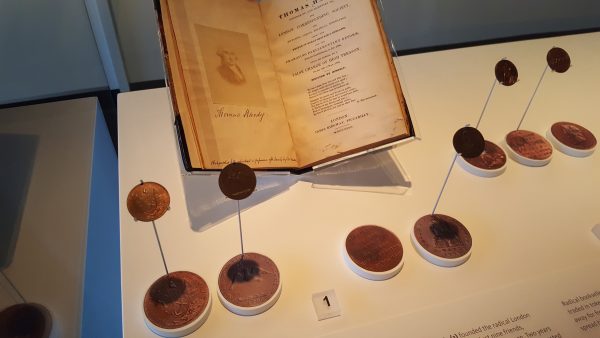 When the Suffragettes started their own fight for votes, pennies were defaced with the slogan “votes for women”, so that their message would be spread by people shopping.

The Suffragettes chose to deface low value coins so their political message would circulate more widely.

In a possibly fitting irony, when the government banned another form of currency, the tally stick, the burning of the sticks got out of control — and started the 1826 fire that burnt down Parliament.

Perhaps not entirely surprisingly, the small coins and tokens are a bit difficult to make out in the glass, the but the notes, and accompanying explanations are easier to read. 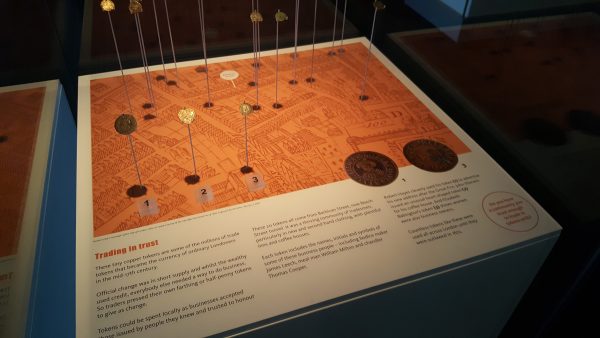 The free exhibition is next to the main entrance foyer and open until 21st January 2018.