Deep under the shops and offices of Regent Street lay a rich man’s secret – a secure vault that until recently was acting as a confidential safe deposit facility. I didn’t intend to write about that though, as I was more interested in what lay around the other side of the building — what seemed to be an office block with no entrance, and some rather nice tiles on the outside. 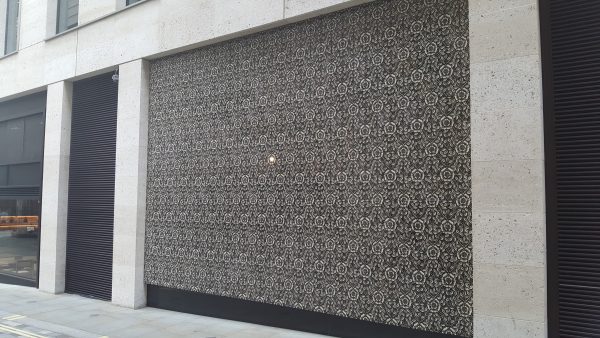 Old photos show that on the corner there used to be doors, but these have now been sealed up, and where there were glass panes, is now a large goods delivery warehouse.

Where’s the entrance to the offices though – surely staff don’t go in via the goods door do they? Or are the offices above just a facade for something more interesting, a datacentre or other non-human facility?

As it happens, the truth is rather more mundane. What looks like a collection of smaller buildings next to each other is in fact just a facade for one big office block, and the goods entrance is for the entire block, and the office suits use an entrance on the other side.

However, in trying to figure out what on earth is going on is how I found out about the London Safe Deposit Company, and their strong room in the sub-basement. Planning documents can be a goldmine of information at times. 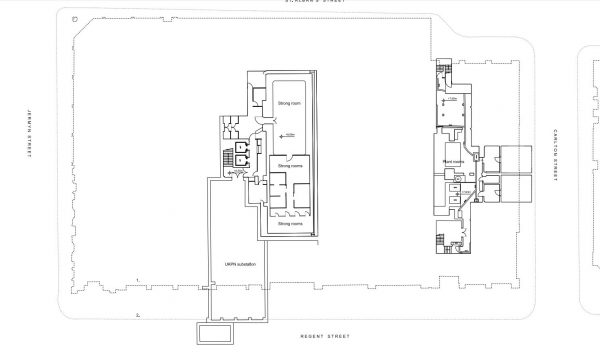 They were the fifth such deposit safe facility opened in the UK, and opened in 1931, and were until recently still trading.  A notable client of the company was Queen Mary, the wife of King George V, who retained a safe box in the vault between March 1932 and January 1947.

They’ve moved out now, as the entire block has been revamped by their owners, the Crown Estate, so the strong room has been removed. But not before some photos were taken in September 2013 for the planning application process. The area was redecorated in the 1960s, and seemingly never touched again.

As you might expect for a strong room – it had a massive vault door, weighing 20 tonnes. 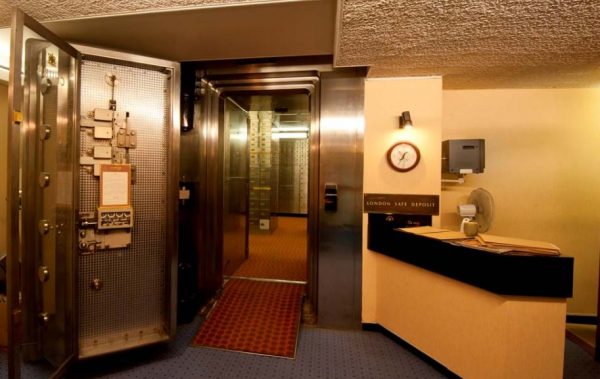 The photographs were taken by the MOLA photographer, Maggie Cox, and deposited with the London Archaeological Archive and Research Centre (LAARC) under the site code SJE13. 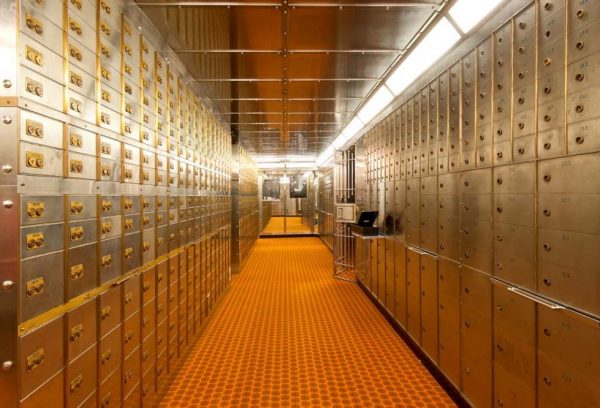 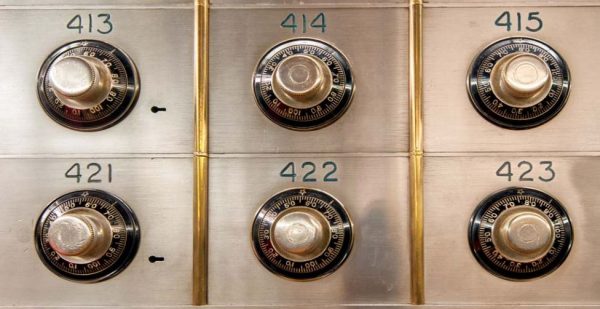 Oh, and the tiling?

As it was the spur for the research, it seems only fair to mention them, as it turns out they are the first large scale public art commission for David Thorpe, a noted worker in ceramics.

The designs on the tiles are based upon the work of the 19th-century arts and crafts bookbinder Cobden-Sanderson who made one-off, intimate book covers as gifts for loved ones.

What originally caught my attention though is that just above the average head height is a lamp embedded into the tiles. 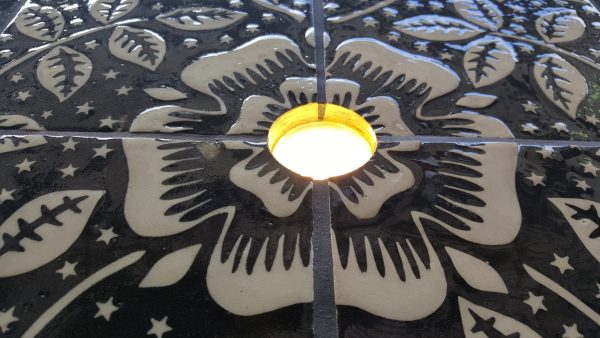 The arty blurb sayth: “The panels each have an aperture in their centre emanating a light, acting as a guide, and whilst denying access or inclusion, encouraging the onlooker to move along and investigate the site further.”

It would be fair to say for once that the blurb was correct, if not possibly in how the artist intended, for I did indeed investigate the site further — and found out about the safe deposit box.