A disused tram tunnel under Holborn is set to be restored by Crossrail after it served an innovative purpose during the tunneling work in the area.

The long disused tunnel once carried trams under Kingway from Embankment to Holborn. The tunnel was closed in 1952 and the southern end was adapted as a traffic underpass in 1964.

Untouched save for the occasional use in films and art installations, the northern end was recently taken over by Crossrail, as it offered a very convenient location for some of their works.

During the construction of the large Crossrail crossover tunnel under Holborn, there was a slight risk of some subsidence affecting buildings on the surface, and one way to avoid that is to pump grout into the soil above the tunnels to compensate for the missing soil down at the tunnel. 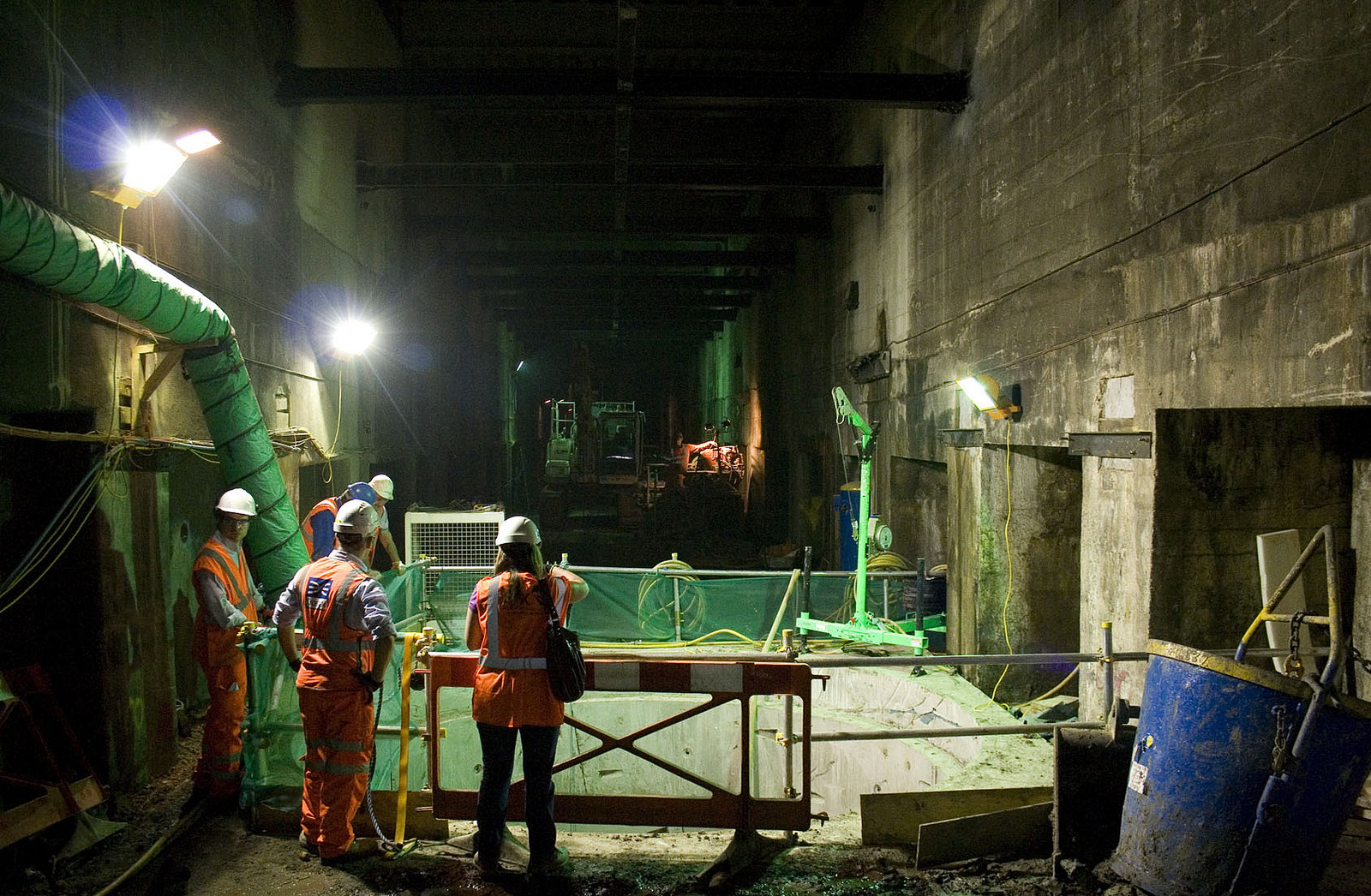 This compensation grouting needs a shaft to be dug down in to the ground, and the Kingsway Subway happened came into service to provide a building site that had the advantage of not affecting road traffic above ground.

As the subway tunnel is Grade II listed, one of the conditions of allowing Crossrail to dig their tunnel was that they should restore the tunnel afterwards, and a planning application filed last week has confirmed that they are now at that stage. 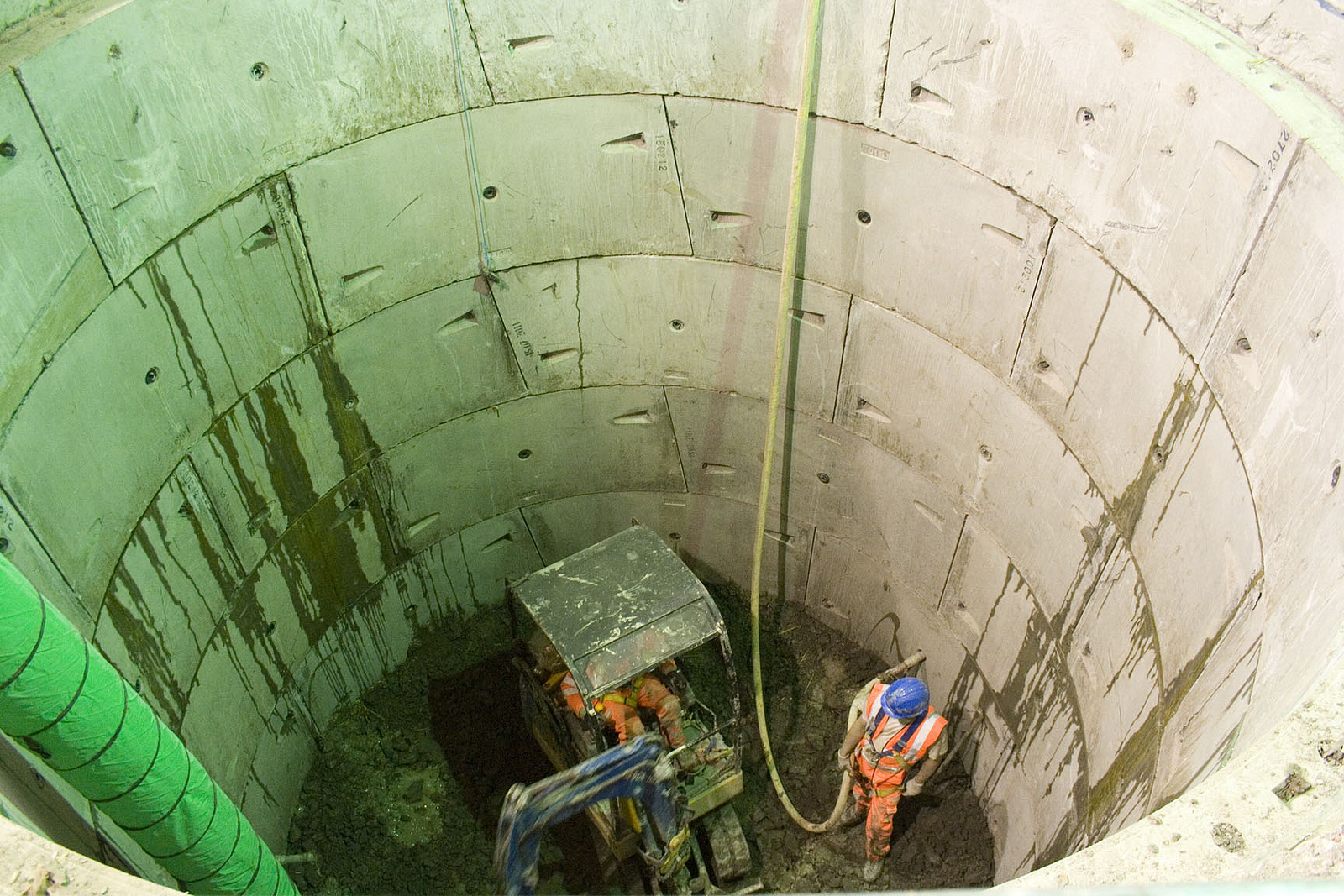 Now that the compensation grouting shaft has gone out of use the majority of the rings below ground are to be left in place, and the shaft will be backfilled, most likely with lean mix concrete / PFA up to the level of the uppermost level of rings.

Where granite cobbles ( setts) have been removed, concrete will be laid over them once they are reinstated, in order to reinstate the floor of the tunnel as found.

The iron tram rails will then be reinstated to their original locations.

And the tunnel will go back to sleep once more. 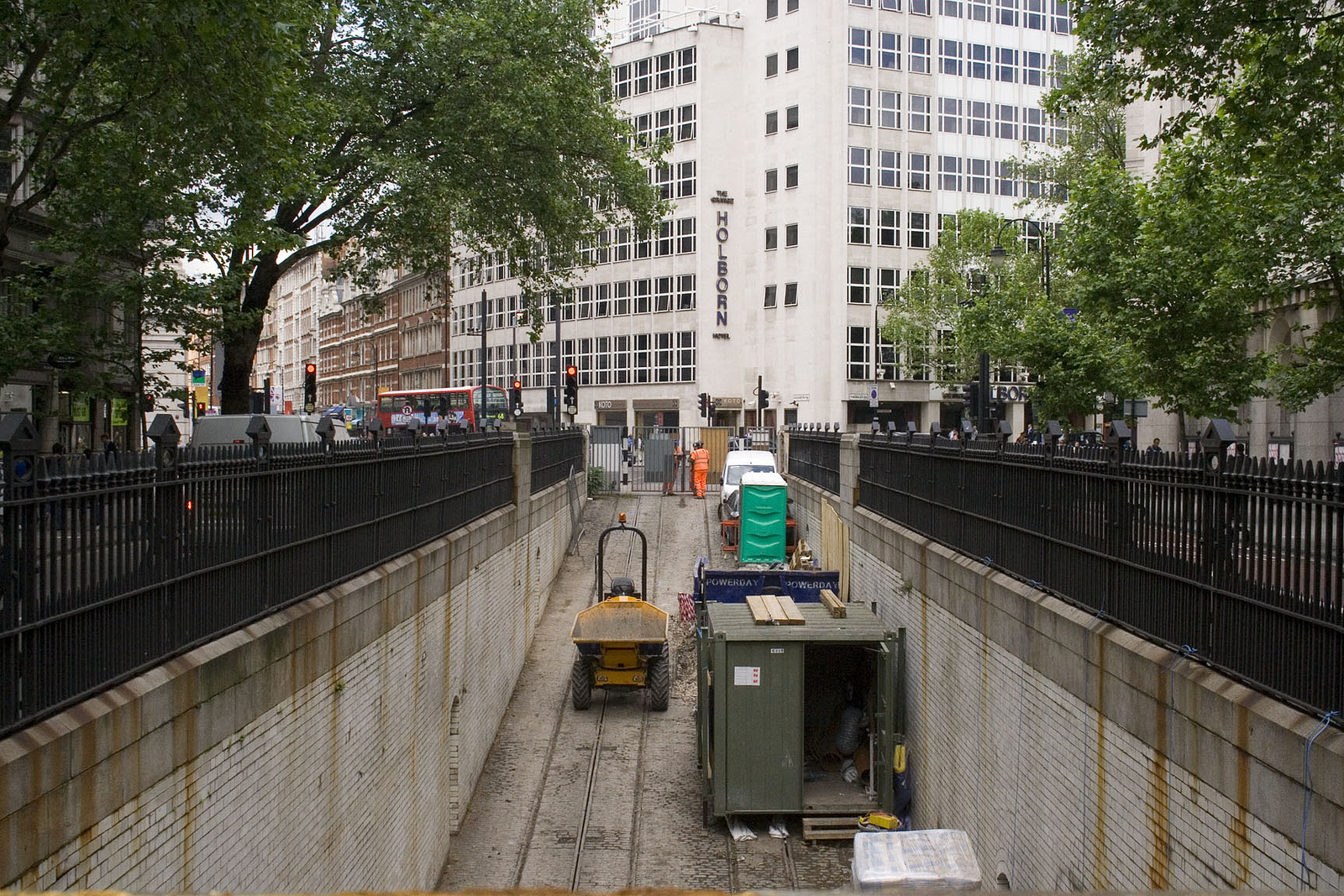