A new exhibition has opened that celebrates the often unsung heroines of London Transport’s poster heritage — the female artists. 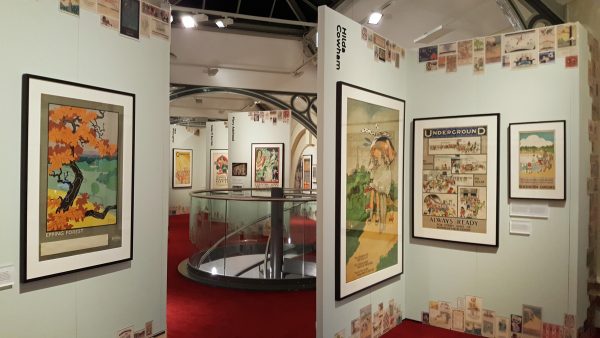 It seems odd today with artists generally lauded regardless of their gender, but that was often not the case, and a large quantity of the most famous posters that decorated the London Underground were done by women, but with their gender often obscured.

Male artists of the time were celebrated, but the female one were, if not deliberately hidden away, were certainly not awarded the celebratory spotlight their male counterparts acquired.

Indeed, so obscure is the history of some of the most prolific women artists of the past, that it has been a struggle to put together the poster exhibition in a way that talks about the artists as well as their art.

The exhibition runs chronologically from 1910 onwards, and as art is often driven by fashionable tastes, it’s also a thematic journey through the past 100 years of art in advertising.

In the early years, the poster production by London Transport was all about promoting the tube and buses as a way of travelling. At a time before travelcards, each extra trip meant more revenue, so promoting social and leisure travel was a way of boosting revenues out of the peak hours. 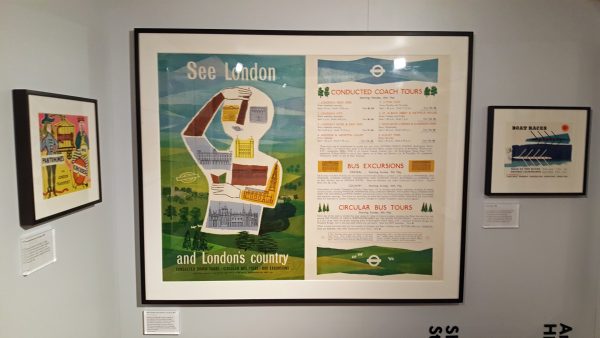 Large images were used to sell the idea of a Sunday trip to the green and pleasant countryside surrounding London (many people still worked on Saturdays). Travel the other way, into the heart of London promoted shopping trips and attending theatre plays.

The first poster known to have been commissioned from a female artist was in 1910, promoting a trip to Kew Gardens by Tram, by Ella Coates, who signed the poster with just her surname.

It’s a telling point that if you type her name into Google, nothing about her appears. Unlike her male contemporaries, where you’ll find plenty of pages about their works.

Later more female artists where hired, and during the inter-war years when women were being seen “out of the kitchen” more often, being a designer or artist was starting to be seen as an acceptable profession for a female.

The men were still paid more for their work though. 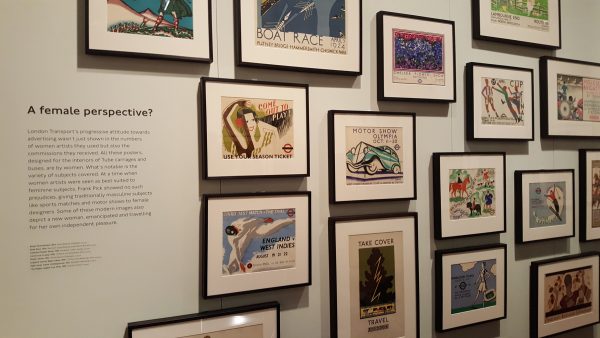 It’s also notable that in this male-first era, the pre-printed certificates given out following staff training on the trains were always presumed to be issued to men. Today, fortunately, the gender, if even it’s needed which is dubious in itself, would never be presumed to be one or the other like this. 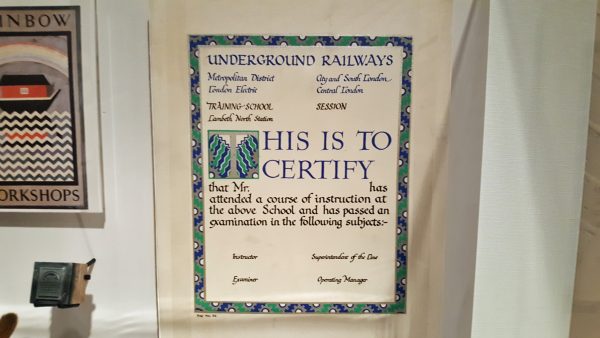 One artist who was one of the most prolific of the time was Dora Batty. She produced over 50 poster designs for London Transport, many of which are today some of the favourite designs for collectors, with their strong use of blocks of colour and contemporary themes.

Although her work occasionally appeared in art magazines of the time it was always as a junior to her male colleagues, and today she’s so obscure that the curators were unable to find a photograph of her for the exhibition. 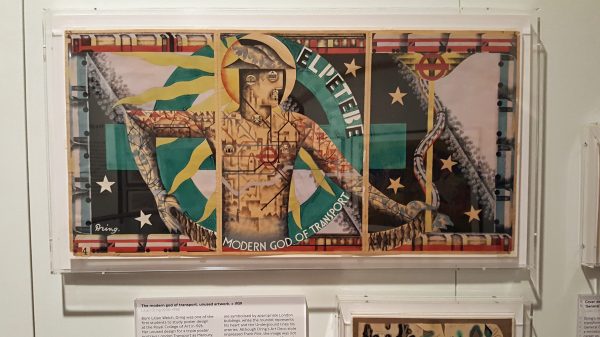 During WW2, for reasons which are not fully understood, there was a collapse in women artists, and even in the post war years, it took a long time for the next generation of artists to go through the education process and start being commissioned for work.

By now though, changing tastes and the rise of television in particular gave people less reason to travel for leisure.

London Transport still promoted the idea of visiting the countryside, but that was ever further away as the suburbs expanded, and eventually beyond the reach of the tube and trams. This was the time that posters focused more inwardly, on central London, it’s pomp and ceremony, the heritage and the big events.

In addition, the arrival of the travelcard meant that London Transport no longer had a revenue incentive to encourage travel out of peak hours, which were in fact in the 1980s a time to recover the service in between the rush hours.

It was this that was to cause the biggest change in poster design though – from promoting travel to being more about pure art. 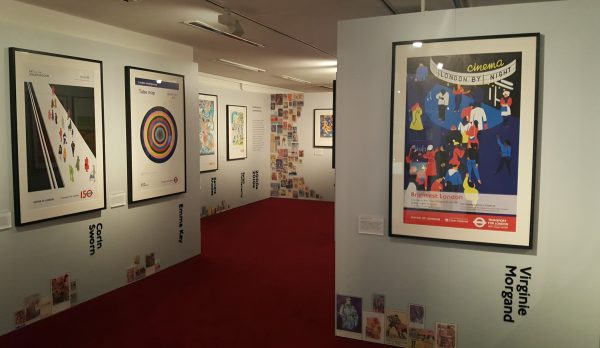 The Art of the Underground programme was born, although it gained its formal title much later. And today, posters are still produced in abundance by TfL, but for decorative purposes, to fill in gaps where advertising hasn’t been sold.

In the past, posters were usually commissioned from artists indirectly, via advertising agencies, as the posters were seen as a form of advertising. That indirect relationship with the artist is probably part of the reason why female artists in particular were not awarded the credit for their designs they deserved.

Today famous artists are often asked directly to design the front cover of the tube map booklet, and each year a young artist wins a commission for a poster design which then appears in tube stations.

And the notion that a poster is best designed by a man is rightly consigned to history. 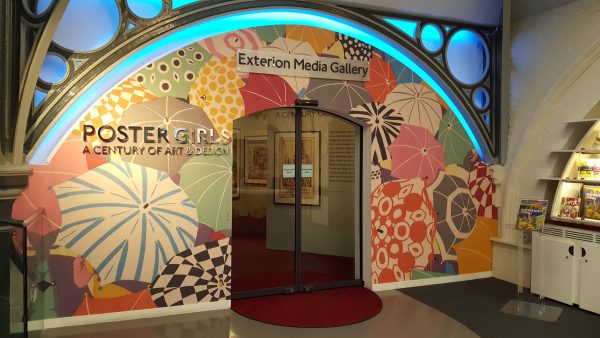 The exhibition, Poster Girls is open until the end of next year.

Entry is included in the cost of visiting the museum (£16 online, £17.50 in advance), and if gift-aid is selected, that’s unlimited repeat visits for a year.