There are some venues that are happy to sell tickets to people, but at times, not to single people.

“Actually, I think you’ll find” – A Purgatory of Pedants

When writing or talking about, well frankly, almost anything, lurking in the corner, a black cloud waits, the pedant is about to strike.

Time to fire up the PR rant-o-thon, with two particularly egregious examples that I have been on the receiving end this week.

Poor TfL, about to get a bout of my ire, and while they are not the only miscreants in this area, what I just saw is pretty high up the rankings of poor practice.

In which I name and shame a PR agency

Among all the many PR companies that contact me, some are very good, some very bad, and most are average -- in fact, just like every industry out there, a mix of good, bad and average.

Facebook has made some more changes to how it decides what you the user will be permitted to see on its website.

Some more desperate efforts from the PR industry

It's been a fair while since I did one of these, and there has been a marked increase in exceptionally badly targetted PR and spam at this blog.

Last day of free Wi-Fi on the Underground

Launched just in time for the Olympics, Virgin's Wi-Fi service has been on of those rare tube upgrades that seems to have had a significant and immediate impact on those who use it.

Some more desperate efforts from the PR industry

Time for an email fisking… This is a selection of a few of the more egregious emails I have received over the past fortnight. Charlotte wrote: “Now we’re in the midst of the summer holiday period, we wanted to send…

The Docklands Light Railway recently covered up one of their bridges in a load of scaffolding and protective wrapping – which prompted me to send them a message asking a fairly specific, but quite simple question. Will the drain be…

I just received a rather badly worded email from TfL laying out what they will do at Canary Wharf tube station during the Olympics, which leaves more questions than it answers.

Generally speaking, I do not judge a company by the fact that something has gone wrong. That is unfair as no matter how much you spend/invest/whatever, things will still go wrong at times. It is inevitable. What I will do…

Please stop describing doing something as “having an experience”

Remember the good old days when you read a blog and considered it to be, well, just reading a blog? Not any more – you are no longer permitted to be a mere external consumer of content, you are now…

London Underground has a bit of a tendency to put up warning signs about adverse weather the moment the slightest hint of precipitation is detected in the air, but I think we can accept that the past couple of days…

Too many improvements in an email – TfL’s changing language

I noticed something last week which stood out a bit, and it happened again today, so I dug into my archive to see when it happened. What am I talking about? The weekly emails from TfL warning of dire problems…

There is an informal badge of honour that exists amongst bloggers that marks you out as someone who has caught the eye of the mass market media, but are deemed to be too small to be of consequence. It’s the… 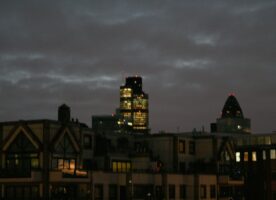 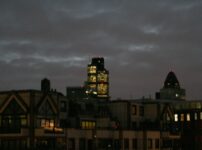 A bit of a rant about a topic that does somewhat irritate me. One of the joys of living in a city with a view is how the skyline transforms from the daytime blocks of solid buildings to a nighttime…

How NOT to improve your website ranking in search engines

I wasn’t going to write this blog post, as I didn’t really expect a reply from the miscreant in question, but they did reply and their response was really quite annoying. Like most blog owners, and any website that allows… 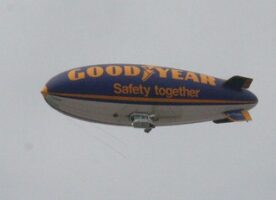 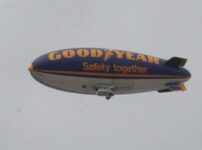 The Goodyear Blimp is flying over London again

A few days ago I noticed that the Goodyear Blimp is back over London again and wondered how long it would be here for and if there were any specific events it would be hovering over. There might have been…

There is a festival occurring next month - a festival of design, in London. And they have a huge number of events happening.

I have a Boris Bike key, it doesn’t work, and I want it to work. Should be easy to sort out – shouldn’t it? The background: I only use the Bike scheme occasionally – mainly to replace walking when in…

Go to any meeting of bloggers and mention “public relations” and you will be able to sit back for an hour and listen to a stream of unending complaints about badly targeted emails, persistent harassment to attend product launches and…

I get often messages about various festivals, events and pop-ups that are springing up around London to see if I will say something nice about them or add details to my events calendar. Once I have navigated the (too often…

This blog post is not a mere collection of letters grouped into small bundles described as words, which when aligned with each other form sentences of varying degrees of intellectual merit. No! That would be to demean the impact of…