Facebook has made some more changes to how it decides what you the user will be permitted to see on its website.

The company has a rather odd, to my mind, way of operating — because people tend to follow dozens of pages and hundreds of friends, and because those organisations then flood out tons of content, it can be a bit of a pain to see a flood of content on the main page.

So what Facebook does is to try and change how its users behave.. 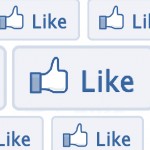 Even worse, if I hide content, then Facebook presumes that content wasn’t worthy of being read and downgrades the chances that I’ll see something from that person/organisation in the future.

So, if you operate a Facebook page — and I have several — then I am compelled to deliver content that isn’t just interesting to be read, but causes the reader to want to “like” it, to share it and to comment on it.

However, the bulk of content can, indeed, should be interesting and worthy of seeing, but not necessarily clicking “like” on.

It’s an artificial way of behaving — much as a TV studio audience watching a comedy are asked to applaud as well as laugh at jokes. Just as you applaud a joke when watching telly at home. You don’t? Well, in Facebook-Land, you better get used to changing your behaviour to comply.

You think Facebook pages asking if you are having a good day is because they are interested? Nope, they need you to comment on posts just so that their other messages stay on your news feed. Post funny photos to get likes, simply to stay on the news feed.

This need to get people to like stuff means that there has been a persistent degrading of the quality of the content on Facebook. Which curiously means that I am clicking the magic “like” button on even fewer posts and seeing less by the month.

Facebook’s own system is killing the quality of the content in favour of tabloid junk.

Now, Facebook argues that if it doesn’t filter content by popularity and were to display it chronologically, then posts tend to get fewer likes and comments.

In other words, if they displayed content in a stream much as Twitter does, then interactions would decline. This is bad.

Or so they claim. Facebook it seems therefore measures success not by how often I read their news feed, or how long I spend on the website, but how often I click “like” on posts.

Imagine Twitter where I only see tweets if I repeatedly retweeted the sender. Nightmare!

Personally, I see something on the news feed, and having read it, it is highly unlikely that I will want to read it again the next time I load the page — so I mark it as read — or in Facebook parlance, I have to hide it.

A pity that the reasons why I am hiding the content don’t include “Actually quite interesting, but I’ve read it now thanks”.

Amusingly, I don’t see the Pages that I manage on my own News Feed because I don’t repeatedly click “like” on stuff I wrote.

As a Page manager, I am aware of this issue, but how many Facebook users are aware that they are supposed to be clicking that magic button all the time to preserve the chances of seeing content from a person or company that they actually want to see?

At the moment, while Facebook operates its current model, then it at the very least needs to have a “whitelist” option where I can tell Facebook that I want to see what this person/page says regardless of how rarely I click the like button on each individual posting.

I am not going to go around rewarding companies that have learnt how to game the system and now flood their Facebook Pages with lolcat content and silly questions.

But now that Facebook has made more changes to its system to reward content that gets lots of comments or likes, we are going to see more gaming of the popularity stakes and more cheap artificial content designed to appeal to the lowest common denominator.