“Actually, I think you’ll find” – A Purgatory of Pedants

When writing or talking about, well frankly, almost anything, lurking in the corner, a black cloud waits, the pedant is about to strike.

In a world of red tape, they rush around trying to wrap up the English language in even more red tape, declaring how things are to be talked about lest, horrors, a generalisation leaves a hint of confusion.

In George Orwell’s 1984, the Newspeak dictionary is designed to abolish any form of extraneous thought – all words are rigidly defined, with any ambiguity erased. Poetry and colour are abolished. It’s a pedants’ dream.

It’s not to say that detailed accuracy isn’t important, but in its place. It tends to help to know if you’re using Metric or Imperial measurements when building a spacecraft that’s being sent to Mars. Otherwise they crash. The incorrect use of commas in a legal contract can cost a firm millions of dollars.

When building a mechanical device, measurements are vital. As a computer coder, I know that missing a semi-colon will crash the code.

But, in general writing, aimed at the general person?

I am not a railway specialist, but a moderately informed generalist. I love standing on a platform and seeing a steam train rush past. And yes, it’s a steam train, not a “steam locomotive pulling a train of carriages”.

I want to enjoy the thrill and excitement of watching a steam train, of seeing the look of wonder on other people’s faces, being wrapped up in that flinty smoky aroma, of hearing the blast of the steam whistle.

And, as much as it horrifies the experts, the average joe on the high street also doen’t really care either. For them, it’s exciting, and then they move on.

Whenever photos are released of amazing things, people gasp in wonder. Then move on.

However, as people advance from excited bystander to enthusiast, we learn the terminology. Like many things learned when at school, that we later learn are wrong, the new enthusiast learns that what they thought was true is in fact wrong.

The question is what do they do with that knowledge?

Does it enhance their enjoyment? Does it make it easier for them to appreciate what is going on?

Or do they rush around moaning at other people that they mere beginners are getting it wrong? 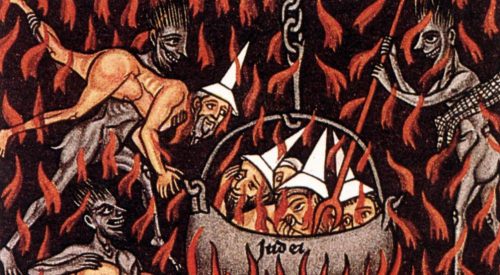 As a writer, I know far more than I convey through my keyboard. In part because often I get home and want to write paragraphs of prose, but the muse has wandered off to the pub instead, leaving me bereft of ability to write what I am thinking.

Sometimes I want to focus on one small aspect of a much wider story and talk about one bit which I found really interesting.

“I am very disappointed that your short article about A didn’t contain 16 paragraphs about the only slightly related B, C, D, or E.”

The best communicators do not hide behind baffling terminology; they use lay language for the lay person. Your correspondent struggles to understand most artists, because most of them speak unrecognisable gibberish.

A lot of science and technology speakers understand that exacting terminology is not needed for the lay reader, and try to convey the overall message without bogging down in excessively detailed language.

Show off the wonder of the universe, not a blackboard full of equations.

If steam train fans want more people to also appreciate the joys of age of the steam train, they can either say “oi, idiot, you got the language wrong”, or they can be welcoming, enthusiastic, and understanding that for general chatter, language is more fluid.

Do you want to sit down the pub with a pedant? Those people slowly nursing a pint and glaring at people who dare to split their infinitives. The person who interrupts a bit of light banter with a gloomy correction of the language used.

Although it gave me great pleasure with my old phone to have a photo of the actual bell that I had taken myself on a visit, and would whip it out whenever the pedant struck. Actually, I think you’ll find I DID take a photo of Big Ben.

They were hoist by their own petard.

Of course that phrase doesn’t mean what most people think it means. But only the pedant cares. I don’t. You don’t. You read that sentence, an image formed in the mind. You might even have smiled slightly.

And isn’t it better to live in a world where we can smile?