Published 9 May 2018 by By Ian Mansfield Transport News

It looks like an ordinary, if rather nicer than average, bus shelter, but this is in fact the UK’s first transparent glass solar-powered bus shelter. 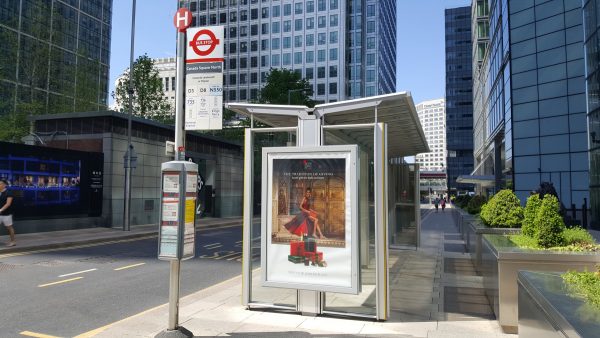 Commissioned by Canary Wharf, and developed by a local tech start-up, Polysolar, the bus shelter has been constructed using a transparent photovoltaic glass that generates electricity even in low and ambient light.

The solar bus shelter is capable of generating 2000 kW hours per year, which is enough to power the average house, but will instead be used to run signage and other infrastructure on the Canary Wharf estate. 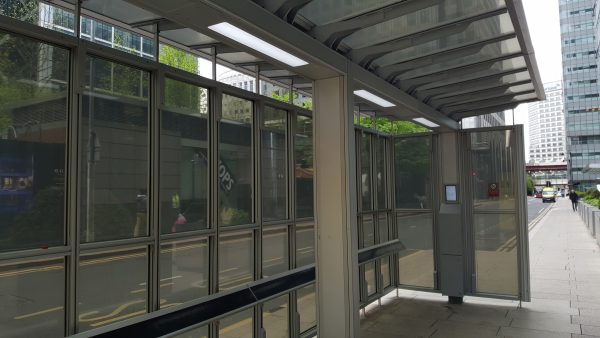 Back in April 2015, Polysolar were selected as winners in Canary Wharf Group’s Cognicity Challenge for smart cities companies, and were asked to pilot their technology on the estate. The bus shelter was their first project, and they are aiming to incorporate the solar power generating glass panels in other offices.

The glass isn’t totally transparent but is lined with thin black lines, which are the solar power collectors. The lines are thin enough to see through, so the effect from a foot or so away is more of a slightly tinted glass than an obscured one. 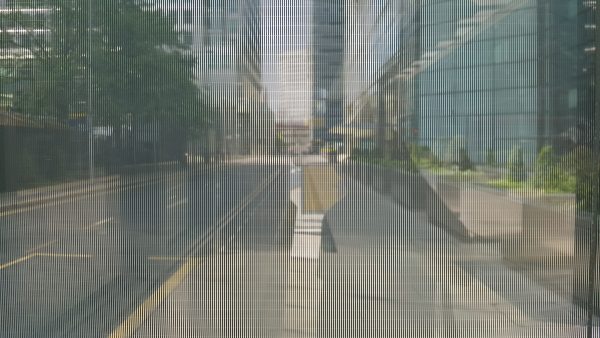 The intention is to look at embedding the solar power strips into the cladding that goes around the outside of modern office blocks so that the huge — otherwise wasted — space can be turned into a power generator, and reduce the operational costs of running an office block. 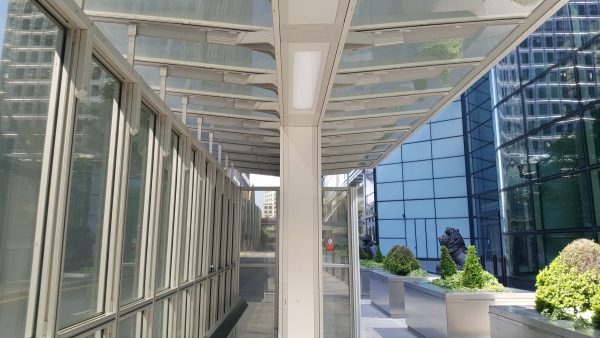 At the moment though, there’s a bus shelter in Canary Wharf, although you can find similar applications at a Barbican primary school, and Cambridge North railway station.

One difficulty that companies face though in selling these products is that the builder pays the upfront costs for the more expensive glass, but it’s difficult to recoup the energy cost savings from the building occupant. For example, where I live, I have floor to ceiling glass along one wall, probably enough to power my flat, but there’s no way that the builder would have installed solar glass at the start, because they see no benefit from it.

An innovative funding model is still needed to make it viable for new blocks of housing and offices to be able to invest the upfront capital costs for long term operational savings.