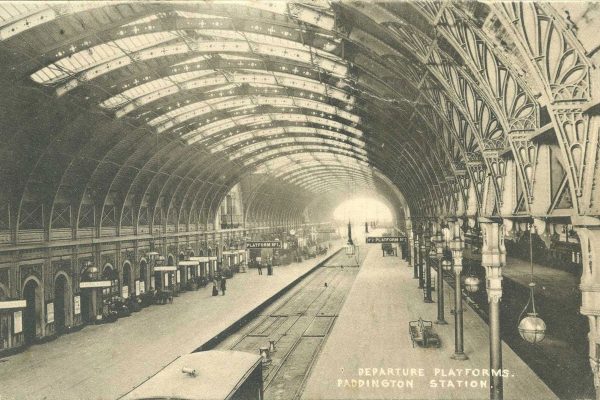 This is the second Paddington station. It opened in 1854, replacing the original slightly further to the west, which then became a goods depot.

Originally opened with three huge roofed arches, it was expanded in 1906-15 with a fourth arch to the north.

A curiousity of the roof design is two large gaps, or transepts in the line of pillars supporting the roof. It was once thought that these were for a sideways transfer to allow locomotives to be shunted to another line, but this is now in doubt.

A huge new Crossrail station is currently being constructed along the south side of the station.