Published 8 May 2018 by By Ian Mansfield London exhibitions

It’s not at Heathrow though, but inside a University a short walk from Ealing Broadway tube station.

To get to the exhibition, you need to sign in at reception, then head to the main canteen space, where a sealed off room has been created with arrivals and departure doors.

Inside, a dark room, with the trademark yellow from Heathrow’s signs, and basically, a timeline of the history, with some archive photos and objects which have been selected from the airport’s archive, and donated to the exhibition.

Starting, unsurprisingly at the very earliest days when it was all fields, and planes landed on fields, to the WW2 times when the first permanent landing strips were built.

And then the post war early years of civil aviation, when the super rich of their day would arrive in fancy cars to then step into a field of tents, which marked the first terminal “building”. 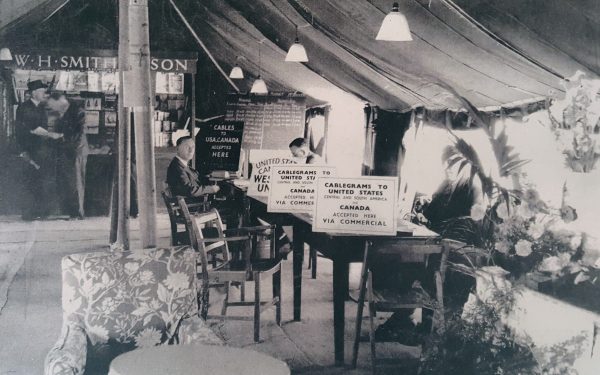 A lot is shown off of the contrasting world of the golden age of travel, with butler quality service and the finest food, served in planes that today would barely pass a safety test and ground facilities that were at best… basic.

Do look for the baby carrier, which is rather scary, and for the compass on one of the maps, it’s rather nice. 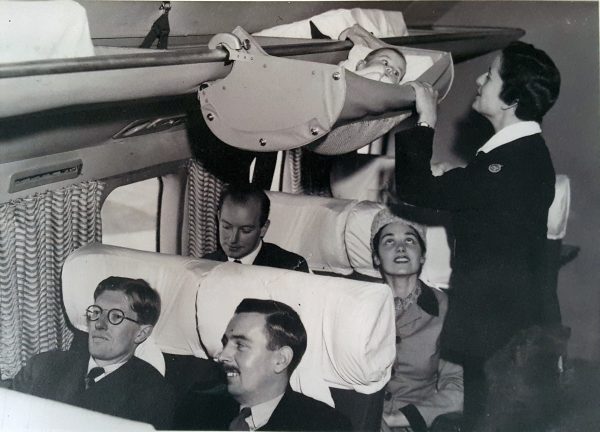 A rather odder item on display are some lumps of clay. In fact, they’re 30 million year old clay, recovered from the digging of the Heathrow Express tunnels in 1993, when Heathrow airport was a primeval wilderness. 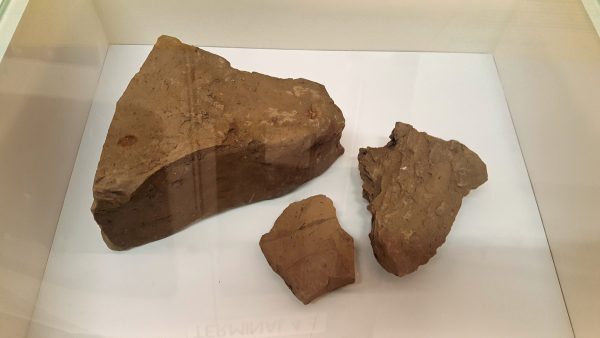 Elsewhere, the exhibition looks at the expansion of the airport, including an early “third runway” and of course, the arrival of Concorde, and then the thing that effectively killed off the notion of travel being for the rich… the Jumbo Jet, that make it almost affordable for anyone.

The display finished with a display screen of live flight over the UK, which some wag had re-coded to focus on Gatwick instead of Heathrow.

Overall, it’s a pleasant diversion, and although you would struggle to fill 20 minutes of a visit, they are a pleasing 20 minutes to fill.

The exhibition, ‘Heathrow: The Journey’ has been made possible by donations from Heathrow and the Heritage Lottery Fund donating £100,000 and £79,400 respectively.

The exhibition is open daily from 10am- to 5pm including weekends and university holidays. It’s open most Bank Holidays, if the university is also open.

The display is inside the University of West London, St Mary’s Road, London W5 5RF.

You have to register at reception to be let inside first.

If you want a larger exhibition about airline travel, then the British Airways Museum is worth a visit. 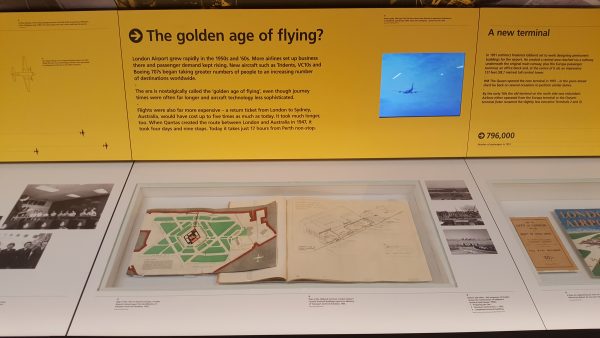 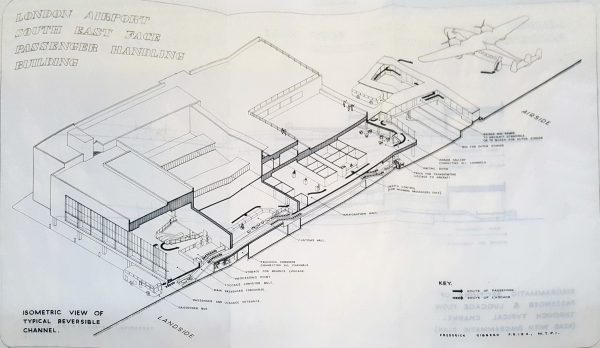 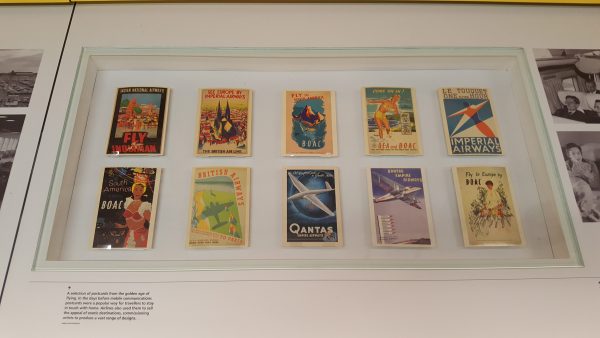 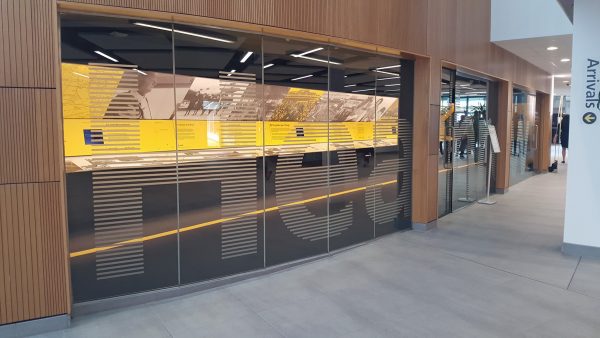 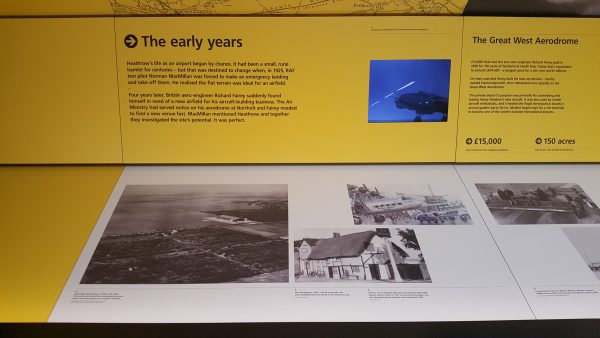 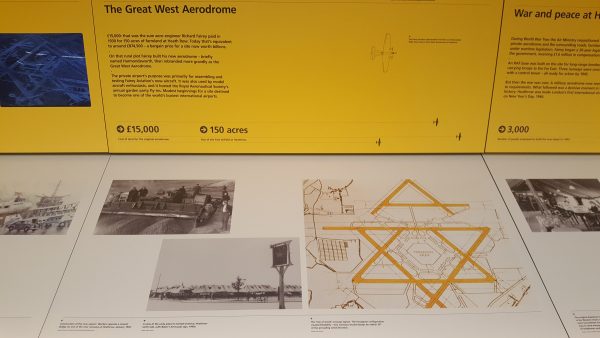