Behind St Pancras station sits an old church. It only became an old church when a new church was built nearby, and while considered to be very old, it is actually fairly new, but on the site that is quite old, but probably not as old as some people claim.

This is St Pancras Old Church. 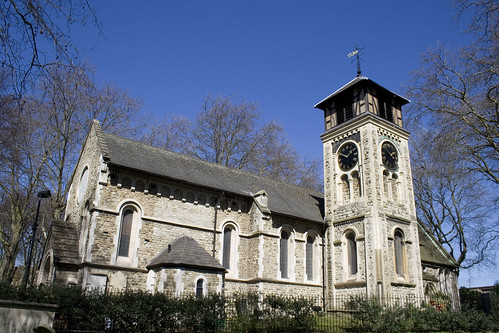 Controversially claimed to sit on the site of one of the oldest spots of Christian worship in England, if true, then there have been bible bashers here for exactly 1,700 years — from when Christianity was decriminalised in the Roman empire and an alleged roman camp used the site.

Allegedly – for while the site is certainly ancient, it is probably not that ancient. Maybe 1,500 years old, which isn’t that bad either.

Once the main church for a huge area, the congregation moved away in the 14th century to nearby Kentish Town – probably because the Fleet river flooded rather a lot at the time.

All this time it was known as St Pancras Church, and only gained the “Old” when the “New”  church was built on the Euston road in the 1820s to service the growing industrial population.

Left to wrack and ruin, it was then given a rude awakening by Victorian restorers who modified the church structure to suit a modern audience, and in doing so basically tore down the Norman and Tudor remains in a manner that would never be permitted today.

It would seem that a “quaint old gothic pile, built of stone and flints” and dating to the 13th century had been covered in plasterwork in the 1830s to make it less ruinous in the, but in 1847, it was decided to tear down the structure and build something new. 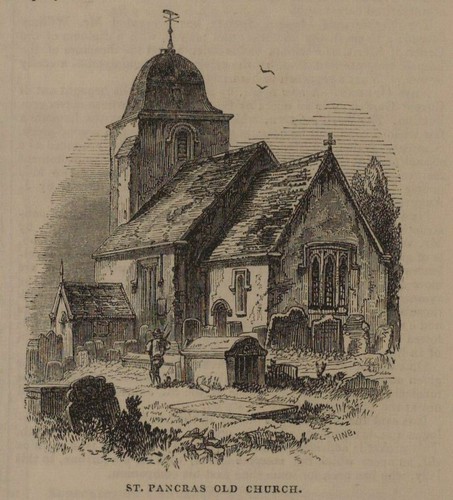 Fortunately, which the building was essentially demolished, the builders did then reuse the material in building the replacement. So some heritage has been preserved, if massively altered. The old monuments that scatter the otherwise plain walls were also replaced in roughly the same location they would have occupied in the old church.

As is often the case with Victorian newspapers, a drawing of the new church in the Illustrated London News vastly exaggerates the size of the building. 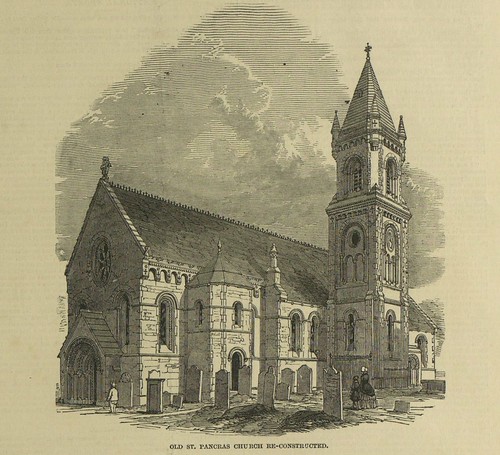 A small church that sat 120 people could now hold 500, and the clock tower was moved from the conventional end of the church to the side. Victorian destructions aside, the clock tower does look a lot nicer on the side, and if you stand in the side chapel on a visit, you can hear the pendulum clock inside ticking away most agreeably. 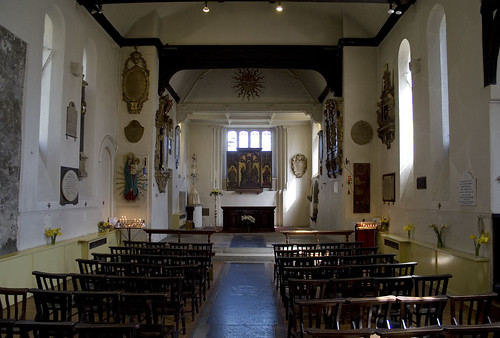 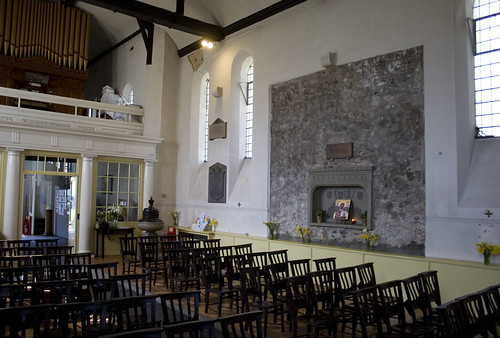 Today, the church is still there, and still serving a local congregation.

The Victorian work is also in need of repairs themselves, and they are fund raising for that at the moment. 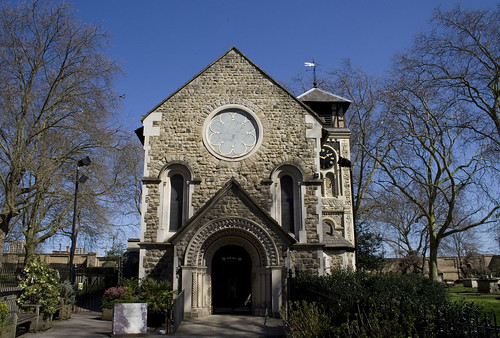 And of course, no article about the church can overlook the Hardy Tree — for if I did overlook it, one of you would mention it. And now I have, so you don’t have to 🙂

If you want to see a truly ancient church that has been rather more sympathetically restored – then Greenstead is the place to visit.