The four benches are not local, having been originally commissioned back in 1990 for Gateshead’s Garden Festival. Called “Time Benches”, the four stone benches were carved by the sculptor Paul de Monchaux.

The benches all span a range of geological times, hence their name, the Time Benches, and at the base around them, are notes about the age of the rock formation that they were carved from. 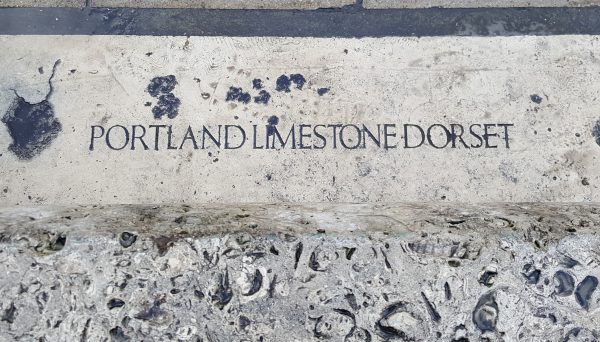 The four benches are made from:

The Merrivale Granite from Dartmoor is part of a mass of granite that underlies South-West England and was formed around 280 million years ago. 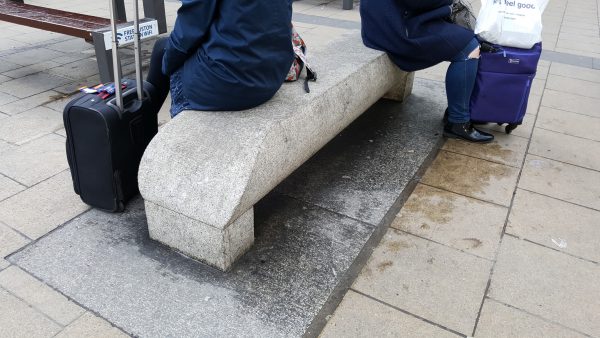 The sandstone from Cumbria is dated to the early Triassic, when the UK was largely desert, as part of the super-continent Pangaea around 250 million years ago. 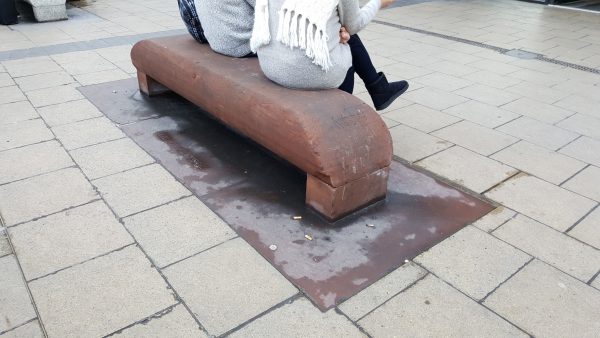 The green slate, from Ambleside in the Lake District, is around 450 million years old, and may have originated in a lost continent that has since been split in half by the Atlantic ocean. 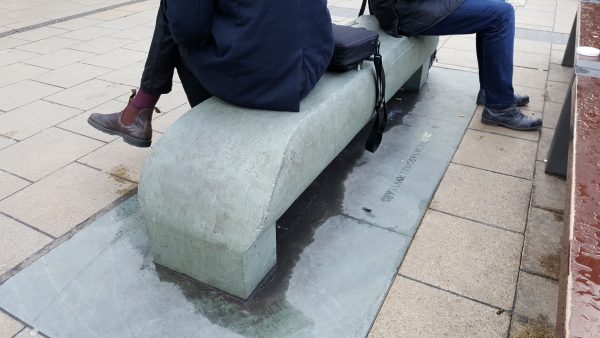 And finally, the Portland Roach, a formerly rather unpopular stone that has gained popularity in recent years thanks to its distinctive and very visible fossils. Dating from some 150 million years ago, it’s the youngest of the benches that make up this foursome.

So there you have it –four otherwise easy to overlook benches in the plaza outside Euston station, but within them lies the history of this planet spanning hundreds of millions of years.

Often overlooked by the hundreds of thousands of people who have sat on them, they’re something to point out to your friends and show off your London knowledge.

Which one will you choose to sit on?