Harry Potter artwork goes on display for just one week

One of the more delightful aspects of the Harry Potter movies was for me, a person who hasn’t read the books, was how otherwise ordinary objects had an extra special bit of magic in them.

From the paintings that talked, to the sweets that jumped out of windows and the way newspapers were more like modern day computer tablets than sheets of paper. 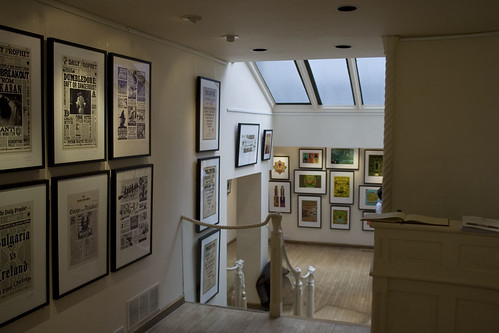 Much of the work was created by a duo of artists, Miraphora Mina and Eduardo Lima, who were responsible for the graphic representation of the Marauder’s Map, the Daily Prophet and every other graphic prop in the film series.

It’s quite nice to get a chance to see the designs up close, and also static — for what was just a fleeting glimpse sometimes of a label on the side of a bottle is here shown to be a specially designed label, in the same sort of detail that such a bottle would need in real life.

In fact, I have sometimes wondered when seeing how much effort goes into making set designs for films, if just maybe, they are wasting money? Does the label of a bottle that sits on a shelf in the background of a set really need such intricate detailing?

I have watched some of those “making of” documentaries that come with films these days, and I am often puzzled by the film director talking about how he is doing things to save money, and the art director is proudly showing off a whole array of specially designed objects that no one will ever notice.

Back to Harry Potter, and here much of the art design is understandable, as a lot of the really magical objects are held up close by the actors.

I particularly liked the wanted posters, which are very reminiscent of the posters from the USA’s Wild West. 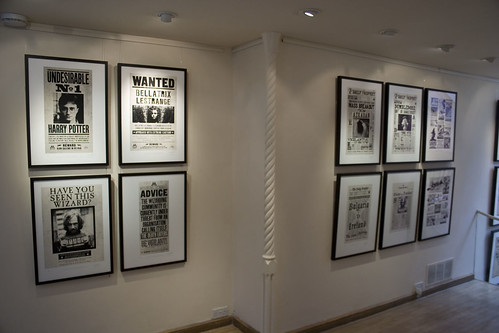 The letter sent to Harry Potter under the stairs is here, as is the train ticket to get to Hogwarts. As a train geek, the train ticket was always going to appeal, and indeed, they are for sale, although at prices that are slightly higher than your Oyster card fare.

The design for the Marauder’s Map is here, along with an actual folding map — although probably not one used in the filming, as presumably they had to be just plain sheets of green paper to have the special effects added later on.

Talking of special effects, this may be fake, but it is always amusing.

There is also a display case of hand held objects made for the film, and inspiration for the graphic art they created. 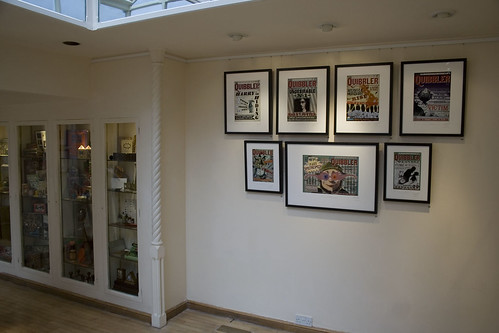 Pretty much any Harry Potter fan will like the exhibition. Actually anyone interested in graphic art will probably find it interesting.

The exhibition is open until next Friday (28th June) and is free to visit at the Coningsby Gallery, just off Tottenham Court Road (map link).