Tours that warn that nuts are not allowed in the tunnels is one thing.

As someone with an ambiguous relationship with modern art, I am often drawn as much to the gallery as to the art within. I find the austere white walls of modern galleries sometimes quite off-putting. A space that reminds me too much of the time I bought a tie from a very upmarket retailer where I was the only shopper, felt eyes watching my every move and ended up with four staff serving me at the till. I couldn’t get out of there fast enough.

Modern galleries, particularly the smaller ones can be as scary. Leave me alone I silently pray as I go inside.

However, a building that’s not a holy sepulture for art being given over to art is often my catnip. Sometimes art can be pretentious, but the rough space brings it down to earth with a reassuring bump.

Two of the best art exhibitions I have ever been to were in unconventional spaces.

One was in the then derelict Isokon Flats, taken there by my then best friend (we split up shortly after moving in together) and not knowing what I was to see, it was the cost I had to pay for dragging him to an architecture exhibition earlier. It was however quite marvelous. I can’t remember a thing about the art, but it sparked an interest in modern art within someone who had more classical tastes.

The other, a huge display of Chinese modern art was inside Battersea Power Station. In all honestly, I doubt many of the people in there were there for the art, but a chance to see inside this decaying hulk of industrial heritage. The security guards had given up any pretense of upholding the no-photography rule within an hour of the gates opening.

These were venues that a lot of people came to see the venue, with the art as an excuse. And while that may sound like art in derelict buildings doesn’t really help the art, it does. It draws in a very different crowd of people. The sort of people like me who are wary of small art galleries, but can be enticed along by something different. The unusual venue exposes a fresh new audience to modern art.

This weekend was something different.

Deep under Clapham Common are a series of WW2 tunnels used as shelters, much like their more accessible Clapham South counterparts. The Common tunnels are not open to the public though, for they’ve been leased to an urban farm.

Some 33 metres beneath the streets of Clapham, tunnels have been given over to growing micro greens and salad leaves. But they have spare space, which is not surprising as the tunnels are long, so they recently invited artists down to make use of some of the spare space.

Art needs artists to create it, and people to look at it, so a chance to go into some tunnels to see some art.

The presence of the urban farm is therefore why there was a strict ban on visitors bringing any nuts with them. We weren’t going to the farm, but rules are rules. No nuts in the art.

Access is at once strange, and familiar to anyone used to old tube stations or the Clapham South tunnel tours. Down a long spiral staircase, where the lights weren’t entirely functional in places. This is also the only such facility where I have seen a working lift in the staircase — as most have long since had them removed.

Down here, the the long tunnel has been cut into a lower and upper level, and the entrance to the art is, of course, at the far end of the tunnels. Walking, sometimes slightly hunched, and sometimes in pockets of darkness, getting to the art is itself an artistic expression.

If only all art galleries were this “difficult” to visit.

At the end though, the art.

The art installation is Red Thread by Llew Watkins, a sculptor who is also currently, and very slowly, working on a science fiction novel.

The five objects placed in tunnels that once thronged with people sheltering from Hitler’s bombs are Llew’s attempt to help his writing by exploring the topics within his novel.

The large scale floor pieces present five critical junctures in his narrative, each an emotionally weighted encounter between two characters.

We were asked to walk in silence around the art for 20 minutes. My heart sank a bit. 20 minutes for five objects? Fortunately, a slip of paper gave context to the art, and absorbed time to read, and when broken down, it’s just a few minutes per object.

This sort of art is a bit marmite. You’ll like it or be left very cold by it. This genre is not to my taste. Most people lack the space for it, so it’s very much aimed at the galleries, and is of the sort of fashionable “art from rubbish” that very much appeals to some audiences today.

I could make out how the art reflected the novel, even though it was an exceptionally abstract presentation.

However, the rumble of the Northern line trains just above our heads in the otherwise silence of the art space was deeply evocative. While the art as individual pieces was of a singular taste, the overall effect of the entirety — the tunnels, the history, the rumbles overhead, and dotted along, some art. That worked well.

There’s plenty of space down here, so expect hopefully, more art tours in the future. Just remember, no nuts allowed. 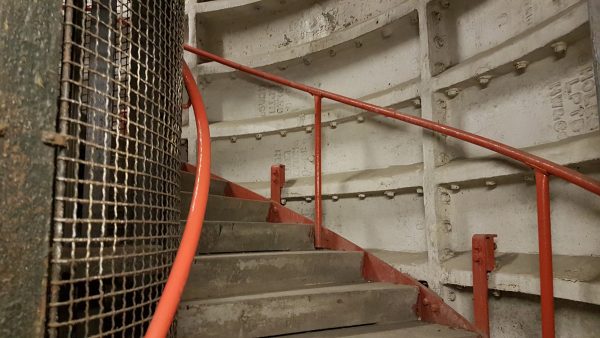 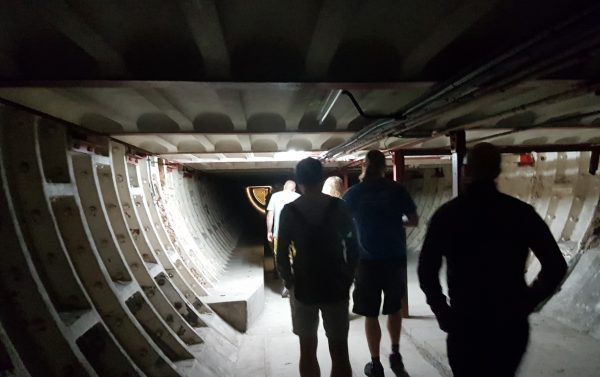 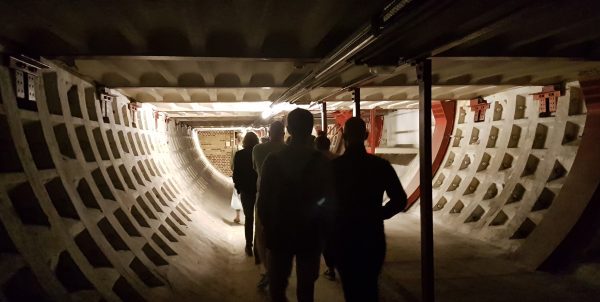 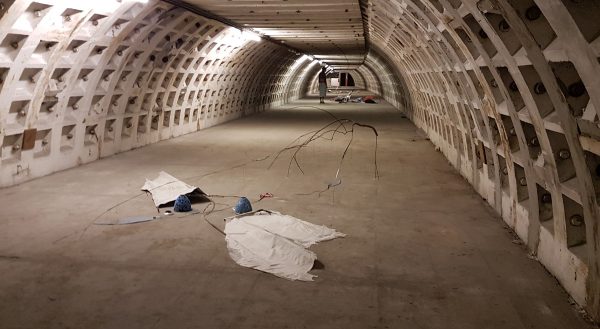 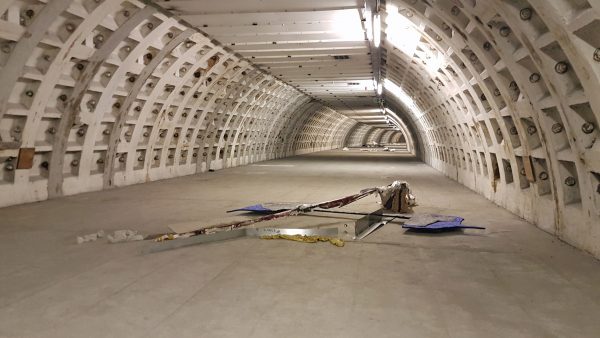 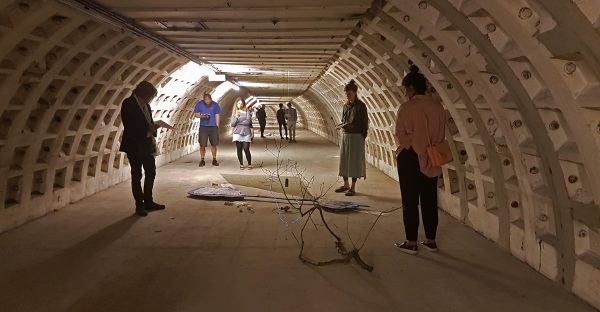 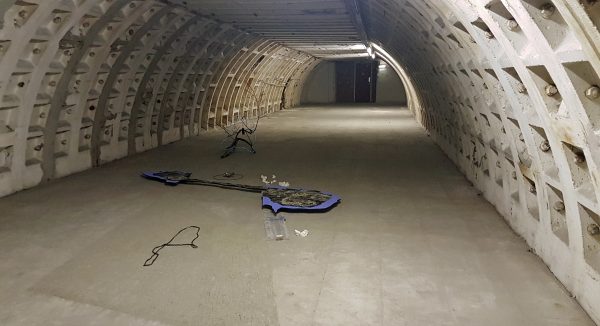