Just around the back of Belsize Park tube station, on an otherwise unremarkable suburban street can be found one of the wonders of London architecture — the Isokon Flats. 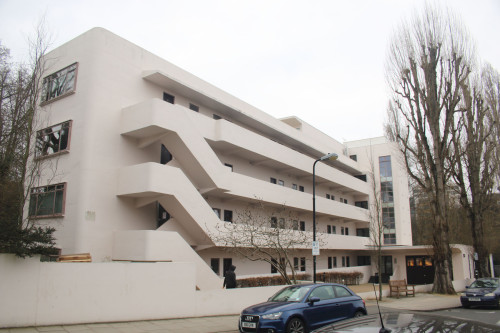 Built in 1934, with coincidentally, 34 flats it was a radical experiment in modernist and minimal living, with only tiny kitchenettes in each flat, but a large communal canteen space for everyone to share.

Such idealistic ideas were not to last though, as while humans are a social species, we’re not quite that social, and the residents prefer to eat in their own flats. The social experiment seemed to be foundering as soon as it began, but a swift turn around of the canteen into a bar equally swiftly turned around the fortunes of the building.

It soon became a magnet for the right sort of people —  Bauhaus émigrés; architects Egon Riss and Arthur Korn; Agatha Christie and Adrian Stokes, to name a few famous names.

The owners of the block, Jack and Molly Pritchard lived in the penthouse, as you would expect.

No one else expected that though, as when they bought the plot of land, they originally planned a private home. It was later, and who thought up the idea is hotly disputed, that the decision was taken to build a striking modern white block of flats instead.

The design of the block was also influenced by what lay underneath — a railway tunnel, so it has a tower at one end, with deep foundations between the two railway tunnels, and the rest of the building floats off the side, giving it the distinctive profile.

A profile that also proved to be a problem during WW2, so the bright concrete (white, with a tinge of pink) was covered in brown to make it less obvious to German bombers.

That was also to see a period of decline for the building, which increasingly resembled shabby post-war council blocks, and after it became exactly that, a council block of flats, it continued to decline until it was emptied in the 1990s.

It was around the turn of the century that I first became aware of the building, when an art exhibition was put on inside the derelict remains of the building, although it was the architecture tours that were the greatest attraction. And that was to mark the building’s rebirth, as the council agreed to let the Notting Hill Housing trust take over, and restore the building.

While no longer the bohemian residence for artists, it now serves a more utilitarian function offering subsidised housing for key workers who could never otherwise afford to live in the area.

And, it means that there is now a gallery devoted to the history of the building, situated in the former car garage. 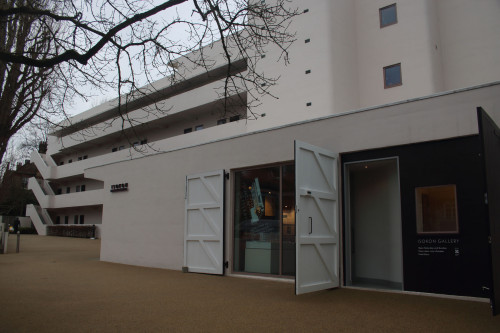 And what a gallery it is — not so much to the building, but the lifestyle it attempted to sculpt. Examples of the furniture supplied with the flats are dotted around, but its the information boards that will capture the attention.

Details of the design of the building, the restaurant turned Isobar, the famous residents, the nude sunbathing (!), and the building’s later decline and restoration.

This is more a history of an experiment in socialised housing, that failed, but in a building that has now become social housing of a very different sort.

The Isokon Gallery is open until October every weekend 11am-4pm. Entry is free. [map link] 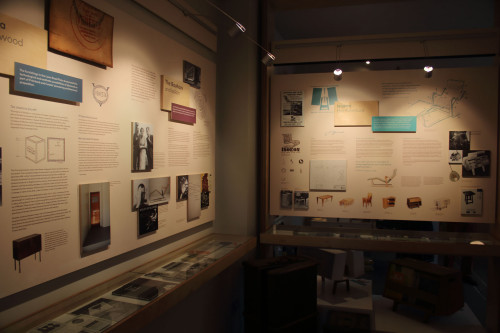 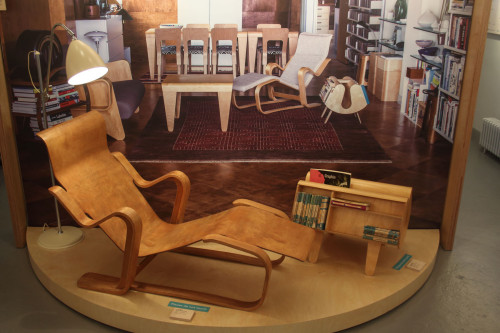 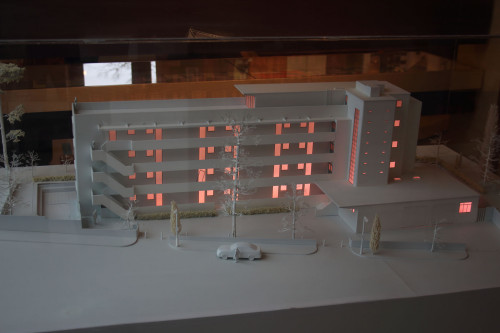