In telecoms world where I lurk during the day, there has been a major trade conference happening this week. 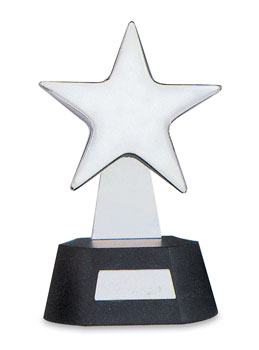 In fact so many awards handed out this week by several different organisations that its difficult to find a firm that isn’t leaving Spain without a trophy in the hand luggage.

However, while it can sometimes be like getting blood out of a stone when trying to get an answer from a company about something they are doing, as soon as they win an award, they are gushing in great excitement about it.

Which is odd, as frankly, prizes of this nature are worthless.

They indicate to a certain degree that someone thinks your product is rather good, but does that trophy lead to any extra sales? Yes, in consumer land, where a movie Oscar gets a really quite odd amount of publicity, but in widget-land, does being the called the best widget manufacturer really sway any sales?

Buyers are fairly hard hearted sorts, and a little logo on the sales brochure saying that you won an award isn’t really going to matter. Buyers care about technical specifications and prices.

So, why the fuss about awards?

I think, and it is just a bit of a guess, that I have worked out. I used to sit next to a marketing team in my last job and worked with them on a few award submissions.

So, it is the PR/Marketing department that leads the process of winning the award, which will usually be based on the documents they submit than any impartial research by the judges.

It’s very much a validation of the marketing effort, rather than the underlying product being lauded.

And of course, having won an award for their effort, the marketing department quite understandably wants everyone to know how clever they are, and as they are very very close to the PR team, very easy to get a press release sent out.

Meanwhile, there is a department somewhere in the company sitting on something really interesting, something that will gain news coverage, gain sales and gain peer approval — if only the marketing department knew about it.

The IT dept revamping its databases might be routine, but I bet a tech magazine could be persuaded to interview the COI about it. The hardware  department deploying a new testing tool can get a paragraph in a trade magazine. The R&D dept playing with some new ideas can get a profile in a suitable publication.

That sort of marketing is exceptionally valuable, but also often the hardest to get done in most companies where the marketing people sit in one room and don’t spend enough time putting out feelers around the company as to what people are up to or what they are getting quietly excited about.

I don’t think I have ever written up an awards event, because they aren’t actually that interesting to the buyers of the products that are winning awards.

OK, great fun to attend, but hardly newsworthy. Or am I wrong, and widget trophies are actually very interesting?