When planes were small and buildings expected to be large, putting an airport right in the centre of a city was seen as a very sensible idea.

And thus it was that in 1931, an architect showed off one of the most famous architectural “bonkers ideas”, an airport at King’s Cross. 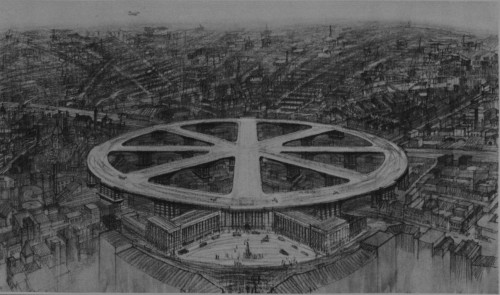 Planes were generally small and were expected to remain so, while buildings were thought to be likely to become massive. In fact so massive, that small planes could land on top of them.

In fact, it wasn’t bonkers, but very sensible, based on their understanding of buildings and transport at the time. It was also an idea that evolved from less sensible proposals, mostly from the USA, for gigantic skyscrapers with runways on top. While the US architects plotted single massive buildings, here, was a more sensible (if that’s the correct word) idea for an airport built on top of many smaller, if still sizeable, buildings.

The architect in question was Charles Glover, and as he wrote in 1931, the newish airport at Croydon was inconveniently located for most Londoners, and with the growth of private flying, a central London airport was now needed.

He said that city-men would be encouraged to fly between meetings, and a central London location would shave 40 minutes travel time off journeys which currently had to start in Croydon.

And the architect concluded that an airport situated “over” the sidings at King’s Cross was “the only suitable site for the development”.

The development being a £5 million airport based on a hub and spoke design that would sit on a new set of huge warehouses to be built behind the railway station to cope with its cargo services.

The warehouses for cargo would offer 75 acres of floorspace, at a time when cargo by train was still a major source of railway traffic, and it was also suggested that Covent Garden’s market could move to King’s Cross. 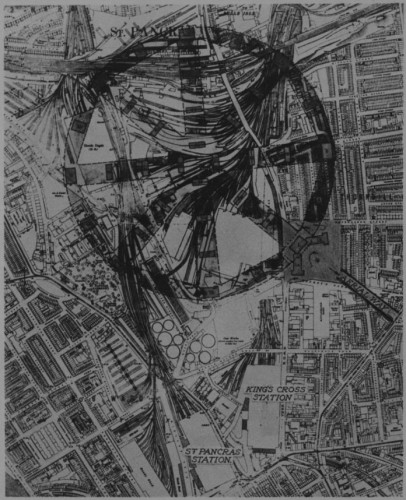 In addition, the airport would have included a 150 capacity bus station for passengers to get around London, and naturally, a link to the railway and tube stations.

A slightly darker side to the airport though, considering the treatment given by the railway companies when building their terminus’s, was the planned clearance of slum housing.

In addition to the warehouses needed to support the airport, a new road, Aerial Way would have been pushed through the former slum housing to link up with Pentonville Road.

Residents would be rehoused in tower blocks, many of which would have likely been underneath the airport runways, albeit on the edges.

The runways themselves, were expected to be about half-a-mile long, and 200 feet wide, which Mr Glover noted was “more than ample for the largest aeroplane, and also provides for a longer run which might be necessary for some types of multi-engined aeroplanes that might be constructed in the future”.

Of course, it wasn’t built, but likely more due to the cost than to the — by our standards — totally crazy idea. After all, an airport with direct links to the railway and within a short commute to the city centre is actually a very good idea.

It was however also dealt a blow by a report just a few months later from the Aerodromes Committee at RIBA which advocated state-ownership of airports instead of private investors, as Glover had proposed.

And it’s not as if Charles Glover gave up. Thirty years later he again proposed moving Covent Garden to King’s Cross, and building massive warehouses, but this time, with a heliport on top. 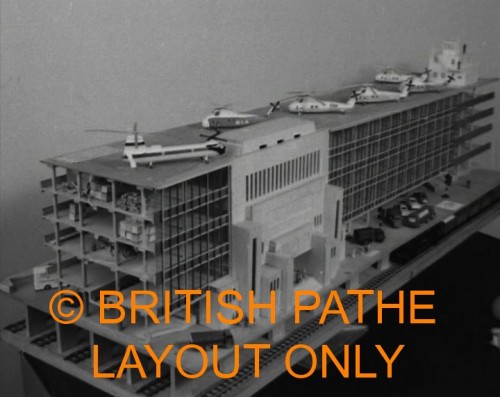 But if it had been built as originally planned, then the development of larger planes, within a decade would have rendered the airport function obsolete, and within 20 years, the decline of rail cargo would have seen much of the warehousing empty.

Possibly, the warehouses would have been converted into council blocks, and the runways that spanned the gaps torn down. The area would be now just a rather ordinary patch of council blocks waiting to be torn down and redeveloped.

Which would be a sad ignominious end for what could have been a marvellous, if very short-lived experiment.

All drawings by C.W. Glover and Partners.

Airports: A Century of Architecture, By Hugh Pearman