Published 4 September 2015 by Events and Tours

Something for anyone excited by British engineering — as the Bloodhound Supersonic Car will be going on public display in London later this month, for just two days. 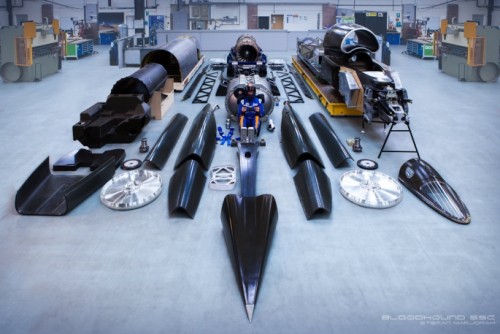 The 135,000 thrust hp land speed racer will be presented in record attempt configuration but without the carbon fibre bodywork on one side, in order to show the car’s inner workings. Visitors will see that 98% of the car is here including the Rolls-Royce EJ200 jet engine in place as it will be when Bloodhound SSC targets 800mph in 2016, as well as the supercharged Jaguar V8 engine used to pump oxidiser into the rocket.

The carbon fibre, steel and alloy chassis will be exposed along with the complex internal skeleton of Bloodhound’s huge tail-fin. The public will also be able to view the completed cockpit – Andy Green’s supersonic office – and see the first pictures from the car’s on-board cameras.

Team support vehicles, including the custom-built Jaguar Rapid Response Vehicles, the fully kitted F-Type and XJ, will also be on show, as well as a couple of drive simulators. 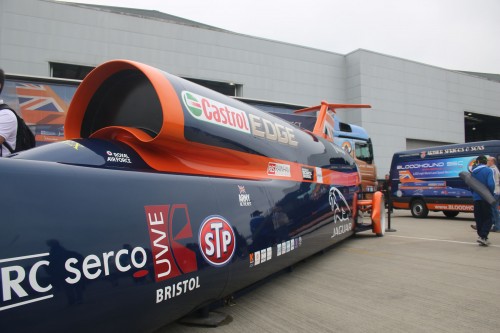 The supersonic car will be on display in Canary Wharf for two days — 25th and 26th September.

Tickets to see the car up close are free, but have to be booked in advance — reserve tickets here.