Just recently they started handling another recently wet object that had been dried, probably less carefully than usual for a museum relic – the swimming trunks worn by teen-idol, Tom Daley during the 2012 Olympics.

Actually, they are one small object in a smallish display set up by the museum to celebrate the Opening Ceremony for the Olympics. 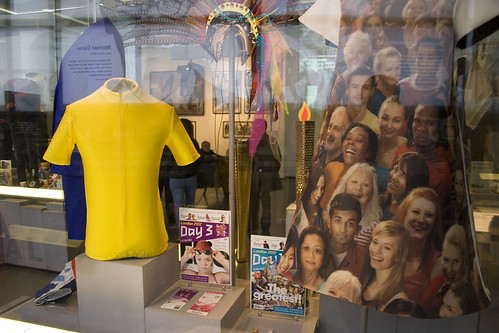 A small glass case, just around the corner from the lower level canteen has a few objects associated with the Olympics on display — and then around the side are some of the costumes, and a big screen playing reruns of the event.

They don’t shy away from the pre-event controversy, which largely melted away as if it had never existed the very day the doors opened to the public. 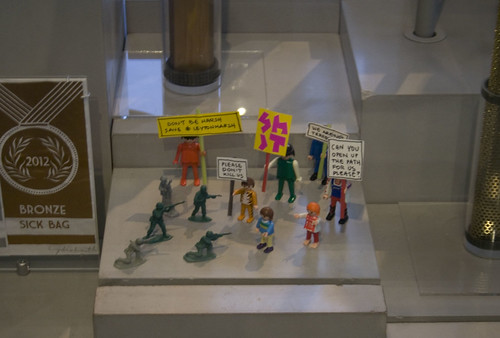 Curiously, the yellow vest worn by Bradley Wiggins is not the actual Tour de France yellow vest, as that was still in France — so they made a quick replica for him to wear on the night.

There is also something slightly unsettling about leaning over to take a photo of a pair of swimming trunks worn by a very young man — slightly creepy really — especially considering the somewhat lecherous comments made by some elements of society about the lad himself. 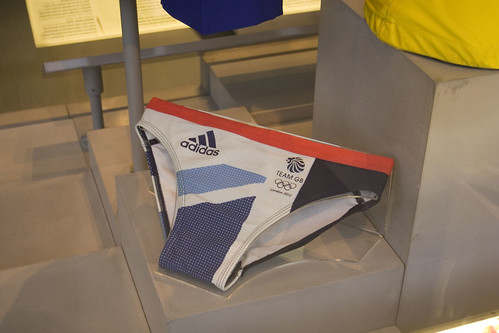 The Olympics organisers have donated a large number of objects to the museum, but amazingly for something that was so tightly controlled and only happened a year ago, the organisers themselves don’t have one of everything left to hand over — so they are missing one of Mary Poppins brollies for example.

The exhibition is open until the end of October. 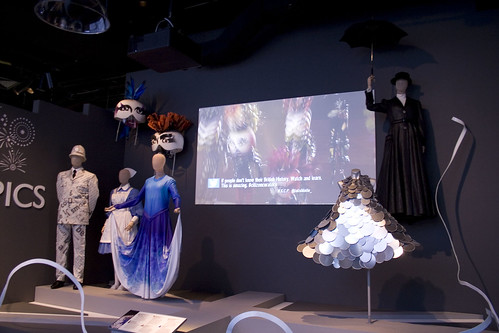