In the run-up to the 10th anniversary of the London 2012 Olympics (it's been a decade already?), there's an exhibition looking at how the legacy of those games has left its mark in Stratford.

A small roadside park alongside St Pancras Station has something hidden in the bushes - pieces of the London 2012 Olympic rings.

To mark the latest Olympic games, some of the Paralympians have been rendered into art form and are on display at the Crossrail station in Canary Wharf.

Chance to buy a chunk of London 2012 racing track

The former Olympic Stadium is selling off parts of the London 2012 racing track, as souvenirs. 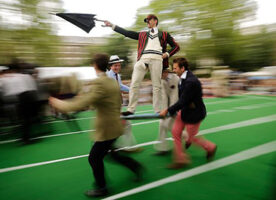 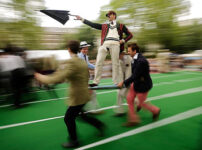 Since time immemorial, the flame has been a symbol of the Olympic Games. Well, at least since 1936, it has been, when the first Olympic Cauldron was introduced for the German Games of 1936.

Over the next few weeks, people will start typing E20 in to websites as the first part of their address as they move into new flats built on the Olympic Park.

Over the past few months, I have occasionally noticed a countdown clock at the top of the Olympic park website noting when the part reopens to the public.

Surrounded by a building site, one of the few objects within the Olympic Park that doesn't have builders crawling all over it is the Orbit Tower.

Free bus tours of the former Olympic site to start

The former Olympic park is to start offering free bus tours of the site during the conversion from its Olympic layout to the new public park that will open progressively during 2013-14.

Now that we have all gushed over the various Olympic venues, it might be worth sparing a moment to consider the planning and effort that went into building them. Fortunately, the usually subscription only Institute of Civil Engineering have put… 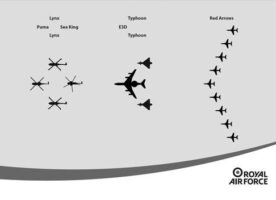 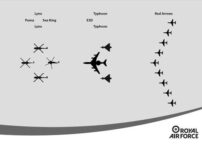 A heads up, literally, that the Red Arrows will be flying over London on Monday (10th Sept) afternoon as part of the post-Olympics parade through the city.

If you missed out on the chance to visit the Royal Navy's largest warship, currently doing Olympian security duties in Greenwich, then it has been announced that it will be open to the public again during the August Bank Holiday.

The unexpected and welcome Olympic Legacy

And so it is over. Today, the athletes. the trainers, the sponsors and their assorted lackeys pack up their bags and leave the party. Years of expectation and effort concentrated into a single moment. Would people turn up, would they…

The hideously overpriced canal boat service (link removed, dead link) taking people from Limehouse to nearish to the Olympic Park seems to have finally bowed the inevitability of their reportedly near-empty boats...

Sitting inside the Olympic Park is a “megastore” packed with Olympic branded goodies. Some garish, some surprisingly tasteful, including the canvas bags with 1948 posters on them – alas, a plastic style print transfer that wouldn’t last very long, and…