Grab some free tickets to the Ig Nobel show

The Ig Nobels are coming!

One of the key highlights of the annual science entertainment calendar is making a return to Imperial College in March, with an evening comprising of an oddly eclectic mix of science, bad poetry (Really. Bad. Poetry) and a small girl walking up to people and saying “Please Stop, I’m Bored”.

If somehow you haven’t come across the Ig Nobels, then they are awarded each year for genuine scientific studies that “first make you laugh and then think”. Quite often, the topic is made even funnier by the pompous title granted to it in the formal write up. 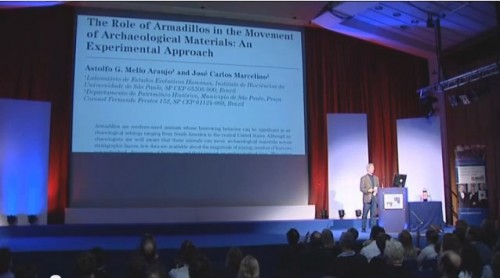 Although the Ig Nobel awards themselves were handed out at MIT late last year, the organisers then travel around the globe putting on shows with various Ig Nobel award winners. This year they return to Imperial College in Kensington on Friday 14th March from 6pm.

Click here for my review of the show in 2009

You can also watch the 2009 show over at YouTube.

To reserve FREE tickets to the show, click here and fill in the form.

See you there on the night!

Alternatively, if you prefer a smaller event, there will another show the following week at the IET near the Savoy.

For you strange non-London types, there will be shows in the provinces as well.

Leeds – Thurs, March 20
Portsmouth – Weds, April 2
…and other venues to be announced,