Stones from the Euston Arch return to Euston Station

Well, some of them at least. For the next few weeks, you can get up close and even touch hallowed heritage as some of the stones from the Euston Arch return to the scene of their demise. 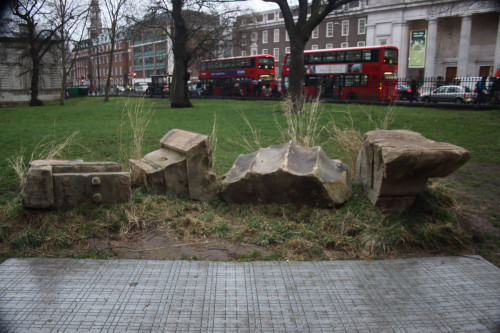 It’s part of an exhibition about the Euston Arch, put on by the group behind the long simmering campaign to rebuild the arch.

It’s only a modest little exhibition, more to drum up awareness of the campaign than to convey any detail about the plans themselves, which are still in a state of some flux. After all, they still don’t have somewhere to put the arch, let alone any money to pay for it. 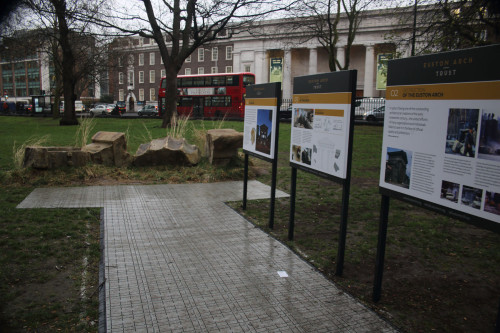 But if awareness is the goal, then on my visit, it’s failing, as not a single commuter in a 10 minute loiter joined me, or barely glanced at why someone was taking photos of some old stones in the grass.

Maybe the wet weather and prospect of missing a train causes commuters to rush past, and more leisurely travellers will linger during the day.

But for many, it will be less the spartan information boards that will be of interest than the sight of actual genuine original stones from the actual original Euston Arch, sitting on the grass next to Euston Station. 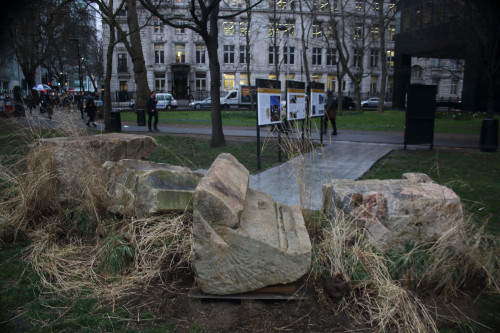 The stones themselves were ones recovered from the Prescott Channel in Stratford, where they had been dumped as filler when the arch was demolished. Their removal being part of the Olympics preparations, when there were overly optimistic ideas of using barges to cart away more of the Olympic Park building rubble than actually took place.

The exhibition is open for 6 weeks. 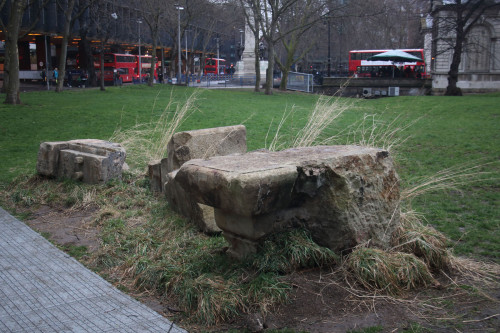 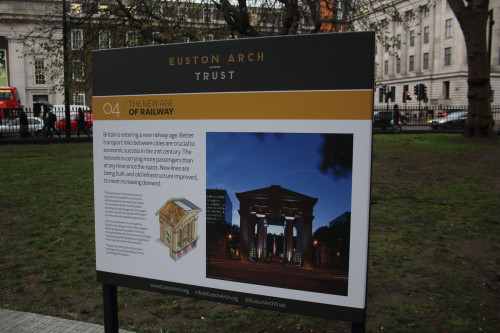