Recent studies of the Curtain Theatre have revealed that its stage was the same length as a modern-day fencing piste at 14 metres long and 4.75m meters deep and lent itself to hosting certain types of plays – specifically those that included sensational dynamic fight scenes.

The length of the stage allowed for linear movement – suited to staging entertaining fight scenes much like those in Romeo and Juliet, a play famed for its fight scenes and was known to have been performed at the Curtain Theatre. 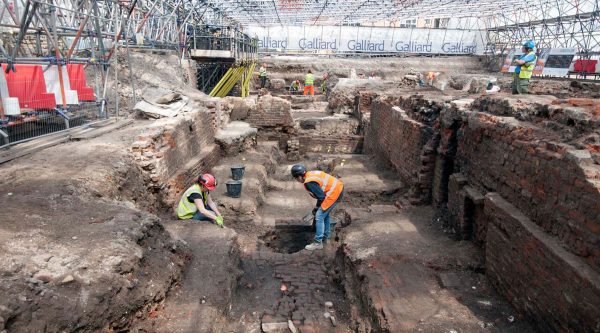 Archaeologists on site at the Curtain Theatre (c) MOLA

Discoveries have also been made about the true capacity of the Curtain. It is already known to be the largest and longest standing of the early Elizabethan playhouses. Analysis of the areas exposed through archaeological investigation concludes that the Curtain would have held around 1,400 people, comparable to the modern Globe theatre in Bankside.

Further research by Museum of London Archeology (MOLA) is adding to the ongoing academic debate that playhouses north of the River Thames hosted more dramatic and energetic plays and events than those south of the river.

Finds discovered at the site reflect the varying social classes of the theatregoers. The price of entry was affordable for most starting at just a penny, but 359 tiny glass beads discovered in the outside spaces of the theatre suggest a more affluent audience were also present, perhaps higher up in the galleries.

Elizabethan playhouses sat outside of the city, their surrounding areas gained a reputation for being sinful and Shoreditch was no exception.

The research suggests that the Curtain Theatre’s popularity and ability to attract Londoners from across society to ‘sinful Shoreditch’ was down to the programme of plays promising pulse-raising action, thrilling special effects to all theatregoers. 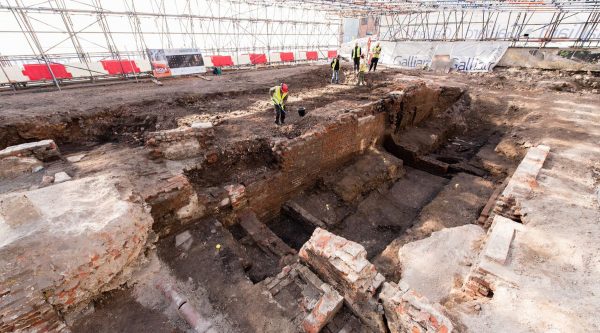 Heather Knight, Lead Archaeologist at The Stage excavations added: “The true nature of this little-known playhouse is coming to light. A purpose-built theatre, it is becoming clear that this was a playhouse for the masses, where people gathered in the afternoon for action-packed performances. Interestingly, the research is also adding to the ongoing debate that the playhouses north and south of the river were quite different. Shoreditch has a unique character today and it seems it did in Shakespeare’s day too.”

The preserved remains of the Curtain Theatre will be the centre point of The Stage, a £750m mixed-use scheme, which when complete will feature more than 400 new homes, 33,000 sq ft of retail, including restaurants and cafes, and 200,000 sq ft of office space. 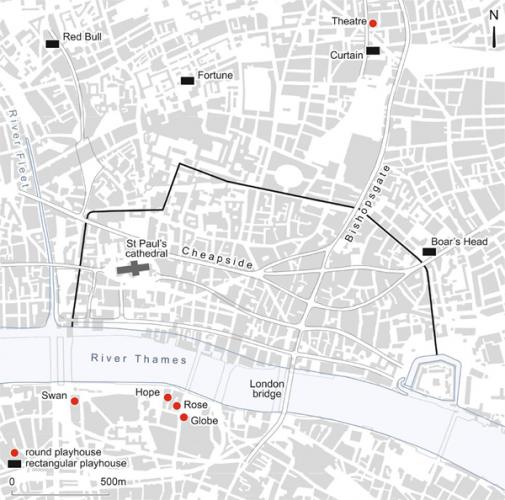