Published 6 June 2011 by By Ian Mansfield Events and Tours, photography

For the next few months, there will be a modest display of photos from the archive of the Russian news agency, RIA Novosti featuring unseen images of Yuri Gagarin and his life –  from his birth (not literally!) until his untimely funeral in 1968.

The official blurb sayeth: This intimate exhibition runs at London’s Royal Albert Hall as part of their Reflect exhibition series and features a wealth of iconic and previously unseen images from the photographic archives of RIA Novosti.

The exhibition title Poyekhali! is Russian for “Off we go!” and were Yuri Gagarin’s first words as his Vostok capsule took off in the first manned orbit of the earth.

I wandered along this morning for a preview, and it is set up as large photos on stands that run from an early photo of the humble wooden shack he was born in through to the huge pomp of the state-funeral in 1968.

Some of the photos are possibly intentionally set next to each other to show changes, or just accidents of time – but three photos, from Yuri smiling for an official photo as an officer, to more pensive as an aircraft pilot to serious in an astronaut outfit struck me as interesting.

One photo looked quite lonely though – as he is seen walking along along a (red?) carpet to receive some honour or other – and yet in a huge crowd he is walking totally alone and isolated.

Naturally, some photos from his PR tours around the world are shown, and a photo of three military officers studying a globe looked like they are plotting world domination and sits incongruously next to a photo of Gagarin holding a symbolic dove of peace. 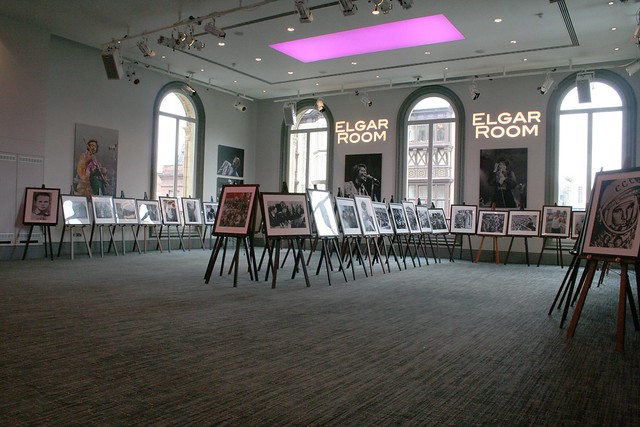 People visiting the Royal Albert Hall for events between 9th June and 4th July will be able to view the exhibition – which is in the Elgar Room (above the main entrance facing the Albert Memorial).

I would say that the exhibition is definitely worth looking at if you are in the Hall for another event, and if in the area for one of the three free open days. I probably wouldn’t travel half way across London though, unless you are a die-hard fan of the topic.

There are three free public viewing days – where the collection is open to all:

There is also a wine and talk event being held in the evening of Sunday 26th June in the Royal Albert Hall’s Elgar Room followed by a private view of the exhibition. Piers Bizony, author of ‘Starman: The Truth Behind The Legend of Yuri Gagarin’, will explore the complex relationship between Gagarin and Sergei Korolev – the brilliant and mysterious scientist behind the Soviet space programme – who, until his death, was never mentioned publicly by name.

Tickets for the talk cost £10 and include a glass of wine – details and booking here. 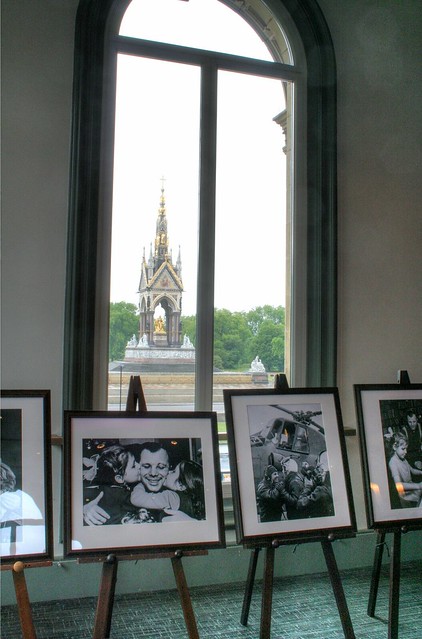 The photos within of a man who died young, and the memorial outside of another early death.