Photos from inside the Woolwich Crossrail Station

A short walk from the mainline and DLR stations in Woolwich, a vast concrete box has been constructed underground — as the future Crossrail station for the area — and on the completion of the box, a short open-day was held to show off the cavernous structure to the public.

The station itself is somewhat controversial, as it wasn’t part of the original Crossrail plans, and the box itself has been built and paid-for by Berkeley Homes, who are developing the land around – and above – the station.

Who picks up the bill for fitting it out into a functioning station is still being haggled over. But that is for the future – today was to admire the box itself. 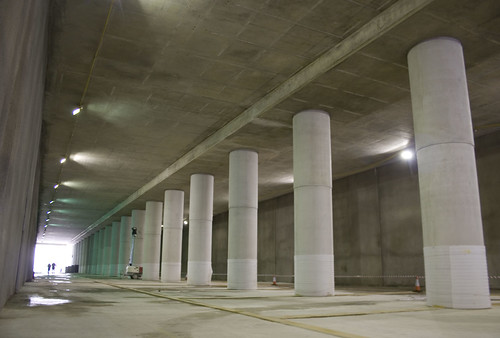 A total of 20 metres deep, and with side walls that go down a further five metres this may be just a box in the ground, it has thrown up its occasional challenges during construction.

The soil they dug the box out of is a mix of geologies, but mainly porous chalk.

The construction method is to build the surrounding wall before removing the soil within, by means of a diaphragm wall. This is a thick slice cut into the ground, and filled with the thick liquid Bentonite to stop the soil collapsing into the unsupported hole. They then pump concrete in from the bottom to build up a 25 metre deep by 7 metre wide slice of wall. The wall is about a metre thick.

Around the walls, they filled the chalk with a light grout to make it solid – but alas, not solid enough and on the first slab, the bentonite drained away – so they had to double up the grouting effort to stabilise the soil.

Once the concrete wall was completed, they could dig out the soil within, and then start adding the roof slabs and supporting columns. Deep piles also run under the base slab to hold the station stable in the wet soil.

In fact, the wet soil is pushing the station up slightly, and they need the weight of the tall blocks of flats being built beside, and later on top of the station to hold it in place. That’s not an uncommon problem in wet soil. 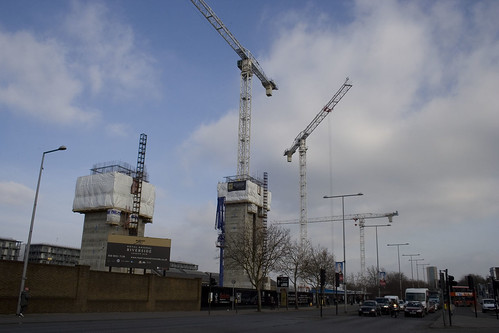 Two large voids remain in the roof slabs at each end. The eastern end will be for ventilation and plant work, while the western end, closest to town will become the station entrance. 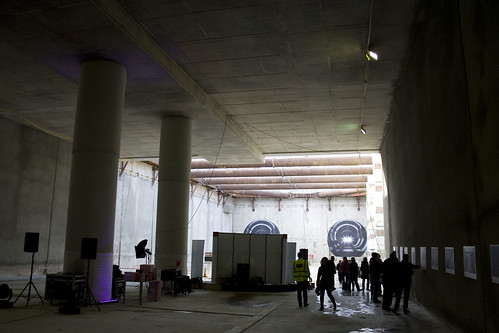 Access down into the base of the station was by a seven-story scaffold staircase, which had been covered up for the public so that height wobbles might be minimised for those who suffer.

The three cannons from the old Arsenal that had been dug up during the excavations were on display, and at the western end some graphic displays of the future tube tunnels that will carry passengers towards London. 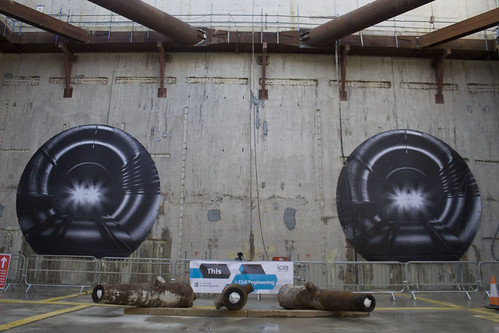 At the other end, the wall is now being prepared for the arrival of the first tunnel boring machine, which should arrive in April and grind its way through the specially softened circular portal. 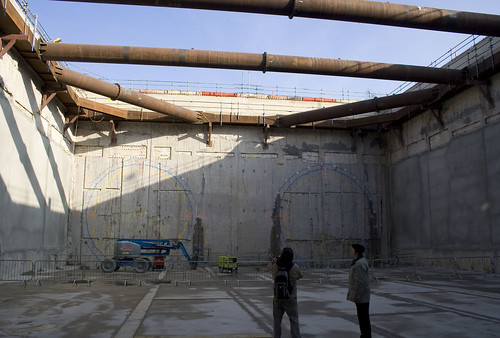 The staff were giving talks to the public, even if the curious decision to play operatic music down there made hearing the them occasionally difficult. Despite that acoustic wobble, the open day seemed popular enough and gave me a chance to photograph another bit of the massive project. 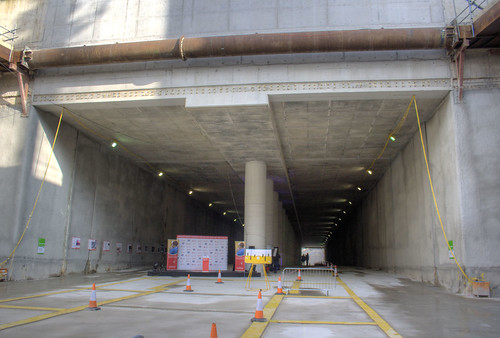 Interestingly, although I had never thought about it, the metal pipes used to hold the side walls apart, and still performing their function at each end of the station are old gas mains pipes brought back into use. Recycling! 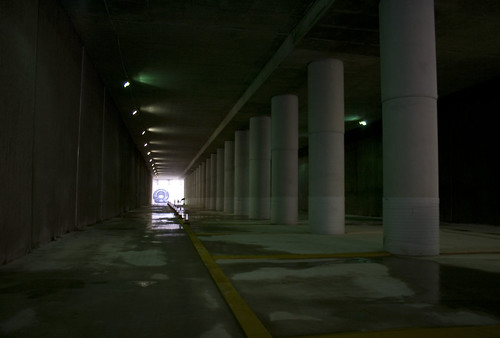