Published 28 February 2013 by Events and Tours

The ducks can’t have lasted long as a decade later it was leased out as the Spanish Embassy, for a short period of time, but spent most of the 19th century as a grand private house belonging to the Marquess of Hertford.

Following the French Revolution, Richard Wallace, the 4th Marquess’ illegitimate son moved from Paris and added to its already burgeoning art collection with his own goodies. Following his death in 1890, his widow gave the house and its entire collection to the nation – on the condition that none of the art is allowed to leave the building – not even on loan.

So, if you want to see some of the finest collections of Old Master paintings, then this is the place you have to visit. This is the Wallace Collection. 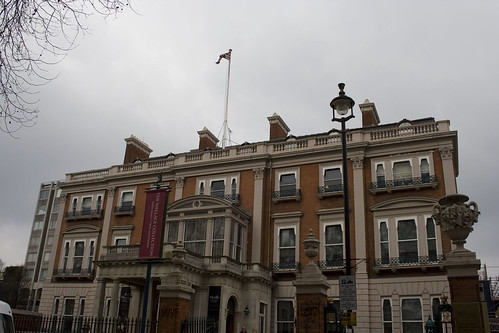 It can be realistically said that there are three main collections in the house, the paintings, the armour, and the domestic furniture.

Entry is free and you are free to wander around, although there is a bit of a route to follow, starting on the ground floor in rooms full of porcelain and historic bric-a-brac. Some of the objects are in tables with covers, which you are free to lift to peer underneath at. Despite the signs inviting so, few people seemed to. 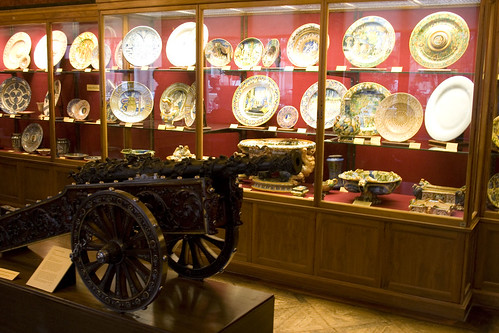 It’s upstairs though that the main art work is on display, laid out in a set of rooms that are little changed in internal grandeur from their time as a posh house. As such, this feels more like a country home collection than a formal art gallery – and is all the better for it. 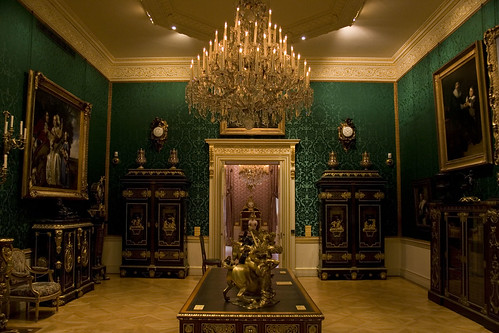 Yes, here is the Laughing Cavalier, chuckling away in a corner of a room. Over there are the huge Canalettos, oh some by Rubens, Van Dycks and a couple of Velázquez.

On my visit, a group of schoolchildren were earnestly studying the paintings, while I am more of a casual browser around. Oh, that’s nice, that’s not, hmm, unsure of that – and off the next room.

I’ll leave deep contemplation of the inner meaning of works of art to those with a tendency to verbose writing of a deeply arcane nature. 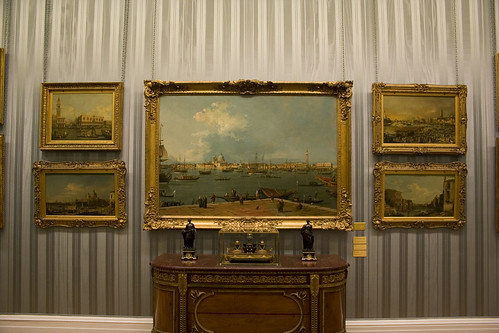 Back downstairs and the other half of the house is a really impressive display of medieval and oriental armour and weapons. One room seems to have a roof problem judging by the fabric covers, but the two horsemen remain as imposing as ever. 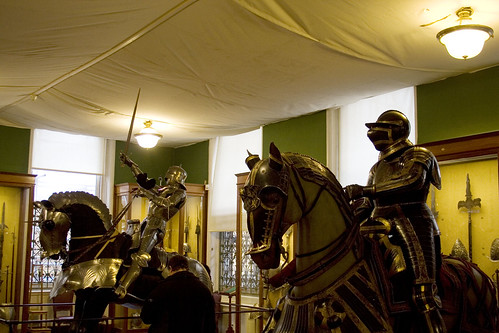 There are regular tours if you want that sort of thing, or turn up just before the tour if you want to walk around galleries that have been slightly denuded of visitors who hurried downstairs for the guided tour. 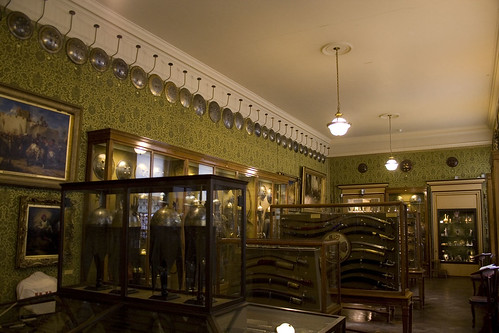 The building is almost as impressive as the art, which makes a visit feel less austere than a trip to a formal gallery and more akin to a casual wander around a grand house.

The building is open daily 10am-5pm.

Oh, and do look at how the chandeliers are suspended from the ceiling. You’ll probably smile when you see it. 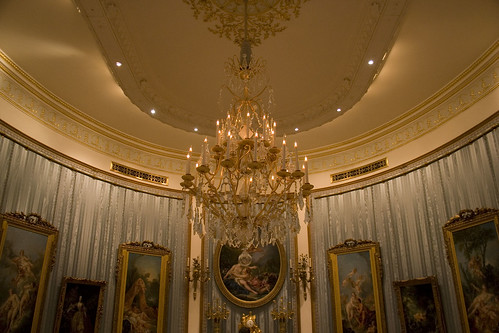