Hidden behind one of Whitehall’s classical facades can be found a building as old as the Times newspaper, and described as the smallest Grand House in London 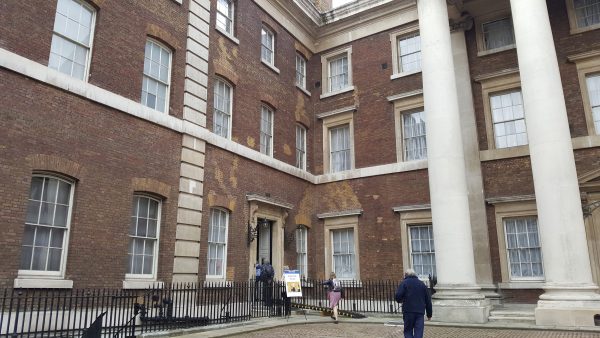 Admiralty House was built in 1788 — the same year that The Times was first published — and spent most of its life as the official residence of the First Lords of the Admiralty.

That changed in 1964 when the naval lords were kicked out and mere politicians allowed to use the upper floors as Ministerial gift-and-favor homes. Prime Ministers used it when 10 Downing Street was being refurbished or bombed by the IRA, and more recently, deputy Prime Ministers had rooms there.

For London Open House weekend, the ground floor was opened to the mere public for a look around the posh rooms, which are mainly used for government meetings, but reflect the history of its former occupants.

An entrance in the corner of the courtyard, and the yellow brickwork and black door is similar to how 10 Downing Street used to look. The blackened effect Downing Street has today being the result of Victorian pollution, which when it was restored in the 1950s, they replicated in paint as people were just too used to the blackened brick to want the yellow stock brick to be revealed.

For the naval lords though, a grand entrance hall, and one of London’s more impressive staircases, that manages to look stunning without overwhelming the room. 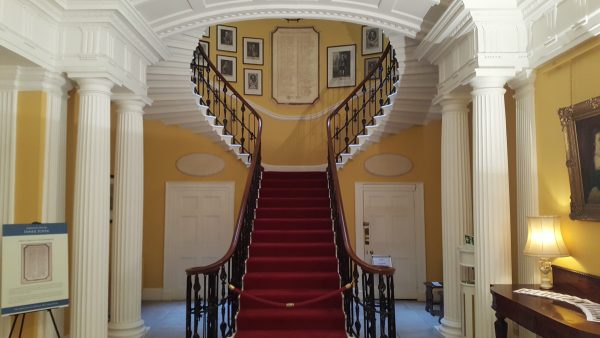 The rest of the building is a small series of rooms that were once a mix of entertaining and meetings, and now almost all given over to meetings. 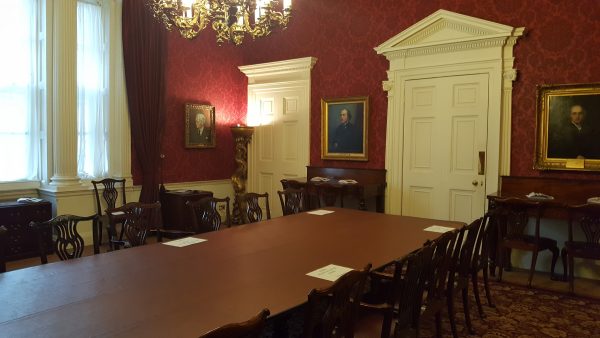 What was the Dining Room still has its table, what was the Drawing Room is filled with artwork and decoration. The Bousdoir was where musicians prepared but was later given to ladies escaping from the men’s cigars and brandy.

The drawing room looks, well, like a drawing room, albeit rather larger than many people’s entire flats. 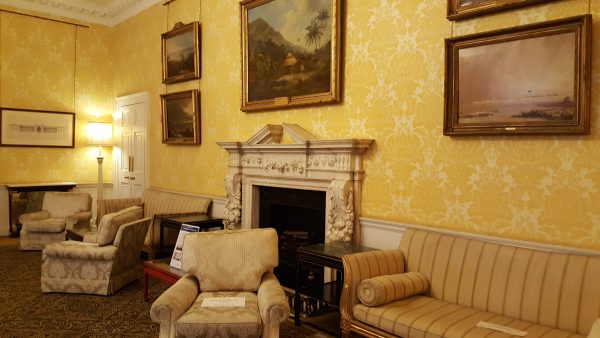 It’s a curious building to visit. Quite obviously exceptionally well looked after and full of art that reflects its naval heritage. It does seem oddly wrong though, as if so much niceness should be more widely used or seen, and it felt a bit lost in the far corner of Whitehall. 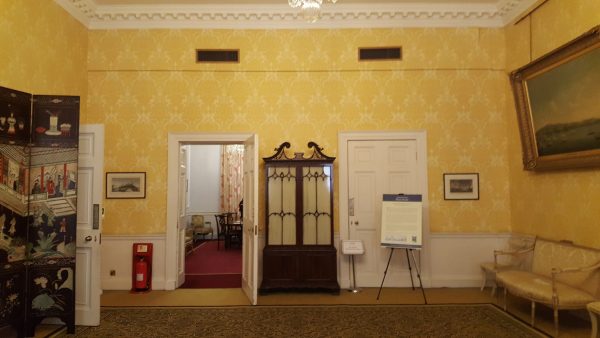 Then again, that’s one of the delights of Open House, to go in and see buildings that most will never see, even if they work in government, let alone other trades.