Not an anti-government protest slogan, but plans from 1854 to demolish most of the western side of Whitehall and replace it with a grand monolithic building.

Whitehall, the heart of government is lined mostly with grand Victorian and Edwardian buildings, but it nearly looked like the Southbank - lots of concrete.

This Sunday – English Civil War march along The Mall

This coming Sunday, you could be watching several hundred people in English Civil War attire march along the Mall in central London. 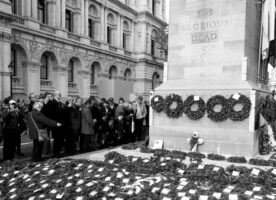 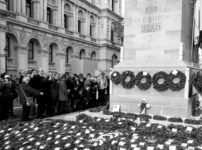 Enter a ballot to march past the Cenotaph on Armistice Day

On 11 November 2018, following the traditional service of remembrance at the Cenotaph, members of the public will also have a unique opportunity to take part in a procession past the Cenotaph, 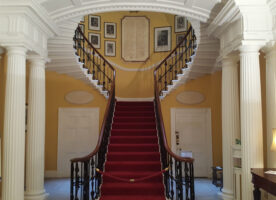 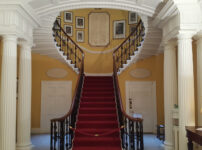 Hidden behind one of Whitehall's classical facades can be found a building as old as the Times newspaper, and described as the smallest Grand House in London. 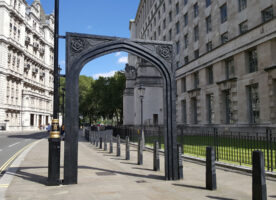 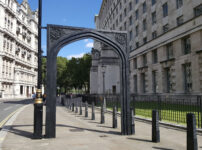 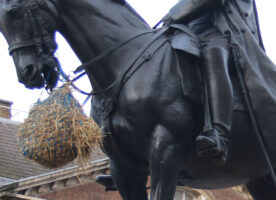 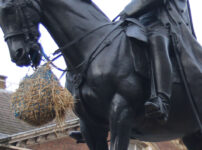 Traditional bale of straw added to a Whitehall Statue

As is traditional, the statue of Prince George, Duke of Cambridge, which stands in central London gains a bale of straw over the Christmas holidays.

Overnight rehearsal of the State Opening of Parliament – photos

Earlier this morning, the police and military sealed off the streets around Parliament. In many countries that is the cue for panic and coups, but in Britain it means pomp and ceremony. 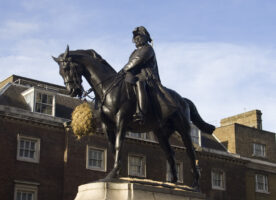 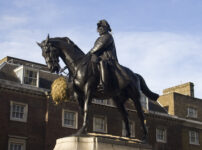 A bale of straw has been added to a Whitehall Statue

An equine statue standing majestic on Whitehall has gained a bale of straw to eat and some wood chippings to rest upon in a fairly recent annual Christmas tradition. 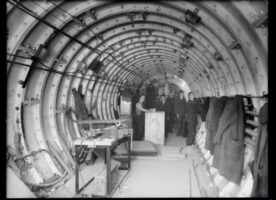 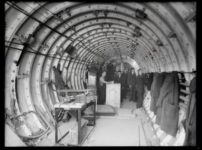 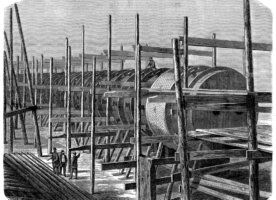 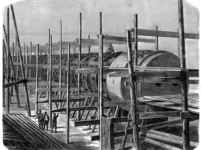 Despite having apparently surveyed the plans to great detail and being sure that there were no hidden costs to dismay the investors, it wasn't long before unforeseen problems started to crop up. 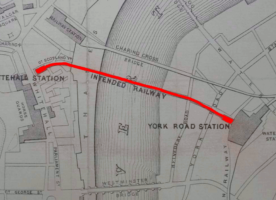 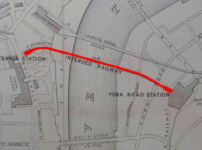 "in its present form the pneumatic system is simply an adaptation of the process of sailing to railway; the wind being produced by steam power and confined within the limits of a tube."

In an age of steam locomotives and horse drawn carriages, a group of Victorians tried to build the world's first true tube tunnel railway. A railway that would have also harnessed the power of the atmosphere to propel carriages in a manner that would astound the people of the time. 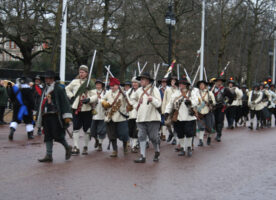 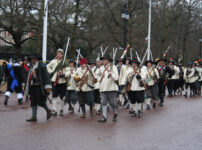 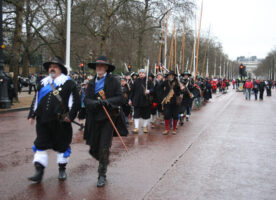 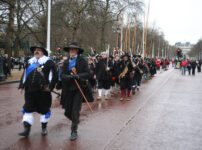 This Sunday marks the 350th anniversary of the Nine Regicides. The what? The Nine Regicides, or to put it another way, the week that nine men were executed by the gruesome method of being hanged, drawn and quartered. Their crime?…

Book tickets for Trooping the Colour

The annual Trooping the Colour ceremony occurs in June at Horse Guards Parade – and while you can watch it on the telly or parts of it from The Mall, it is much more fun to have a seat within… 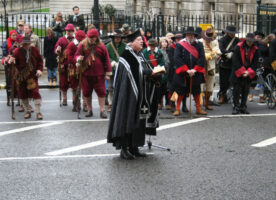 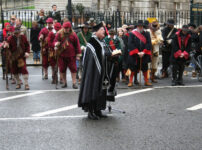