Published 14 October 2015 by Events and Tours

A room filled with dense fog, coloured fog, still fog, murmurs in the fog, faces fading into view through the fog. This is the Wellcome Collection’s latest art display. 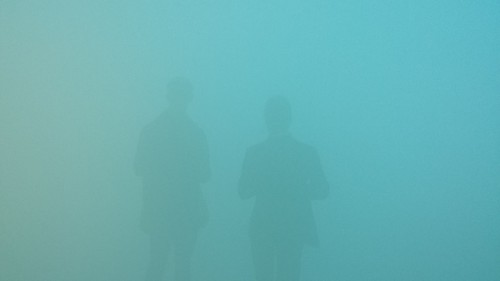 States of Mind is the first of a year of art installations that seek to explore the notion of human consciousness.

It comes at a time when science is doing more to understand the how of what causes memories and the like to be formed in the brain, but still struggle to explain the why of what causes “a computer” to be sentient in the way that most of us think we are.

The art installation, by Brussels based Ann Veronica Janssen is a simple empty room lit from above. But then filled with a fine dry mist. 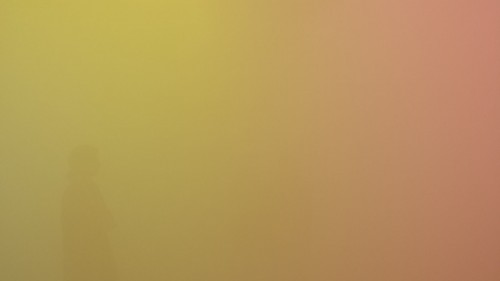 It’s a clever mist, dense enough to blur the vision, but sufficiently diffuse as to not swirl around. The end result is a room where the vision is impaired, but in a way that is itself almost invisible.

Entry into this diaphanous space is through an “air-lock” which leads you into a coloured void.

It is easy, maybe too easy to gravitate to the edges, where the floor and walls become visible and we can feel safe and secure, more challenging to walk into the centre and stand alone in an empty space.

It’s not entirely empty as other people loom into view, then fade away. Fading away slower than they arrive as human consciousness adds in a mental echo where the eyes no longer see people. 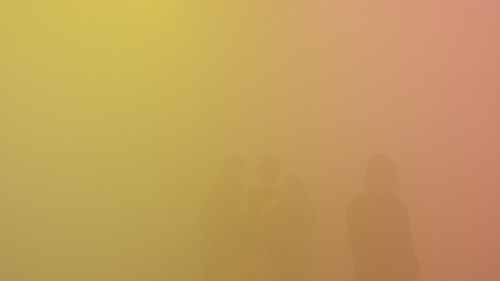 The fog is also sharply demarked into coloured zones, and progressing into the blue at the far end as if slowly falling asleep results in feeling that the orange as you return can be almost blindingly bright.

An acoustic accompaniment as the creak of floorboards blends in with murmuring of people feeling the need to talk in a room that might be better silent.

Standing alone in the centre, it becomes possible to be an isolated pair of eyes floating in the mists, with reality only thudding back if you look down and see your own body down below.

It is that sense of mental isolation that the room seeks to create, and it does require a certain degree of suspending disbelief to achieve it. Not quite the floatation chamber of fame, but close, and a lot more colourful.

The far corner though, offered a metaphor for my own mind at times. 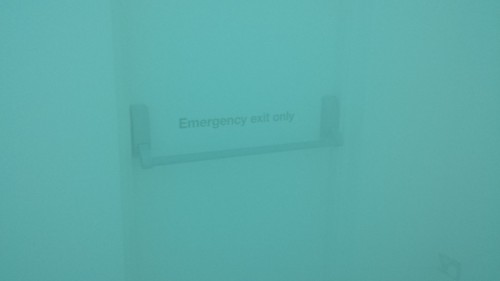 The installation, States of Mind is open at the Wellcome Collection until 3rd January. Entry is free, but may be timed to control numbers in the room.