One of the more famous local landmarks that can be found in the hipster-central that is Shoreditch are four old tube trains sitting up high on the remains of a disused railway viaduct. 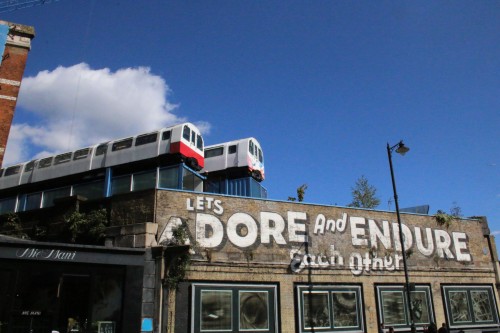 The viaduct used to lead to the former Broad Street Station that sat next to Liverpool Street until it closed in June 1986. Although most of the railway viaduct was demolished, a small piece remains. The arches are a venue-for-hire, and the railway tracks now house the four famous tube trains.

The tube trains are not inert objects though — they are functioning offices. 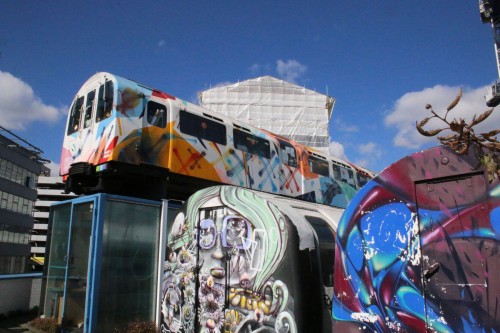 However, while the idea of working in a tube train may sound delightful, they can be punishingly cold in winter, and roasting hot in the summer months. Access is also only possible via a narrow spiral staircase.

People working in them also have a habit of repeatedly banging their heads on the old hand grips that were once used by passengers hoping to avoid falling over.

The trains themselves are four ex-Jubilee line models, purchased for just £100 when the Jubilee line opened with shiny new trains. However, it was to take three years of planning applications before they were eventually craned up to their new home, sitting on top of old railway sleepers. 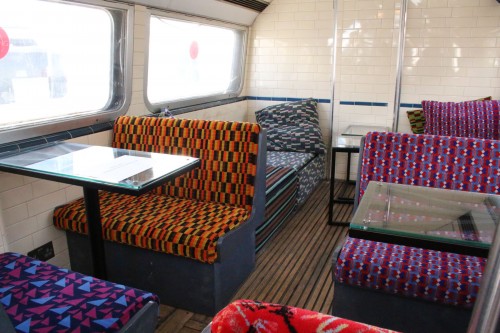 Two sit raised up higher on a modern cabin office block, with the lower two being artier and covered in paintwork, with a small garden space.

The spaces themselves are generally rented out to the more creative sorts, and there is a strong sense of community built up, as exemplified by the garden space, and old bbq in the corner.

Two of the trains have driver’s cabs, although one is sealed off — so obviously, any visitor will want to sit in the cab and pretend to be about to drive a tube train off the end of a railway viaduct. 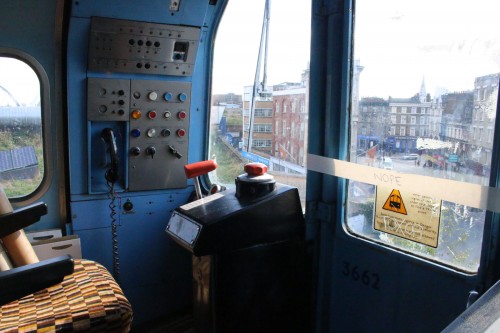 Not sure how many tube drivers carry a pot plant with them though. 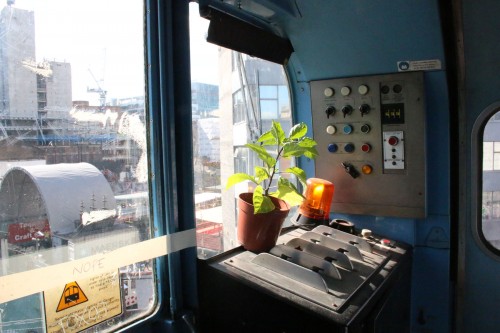 As these were ex-Jubilee line trains, they still have the old line maps showing trains running between Stanmore and Charing Cross, and this somewhat faded tube map showing the extension being constructed. 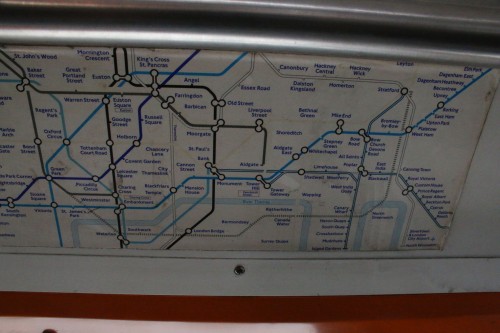 Access for the public is very restricted. Apart from the physical difficulty, these are working offices, and they can’t let people just casually wander around. So don’t be one of the many people who regularly buzz the bell asking for a look around.

The site may be open next year, for Open House Weekend, or you can contact them if you want to hire a tube train for an event.

If you want to watch a video of the trains being carried through the streets on lorries, and hauled up into the air…

The Village Underground from Daniel Edelstyn on Vimeo. 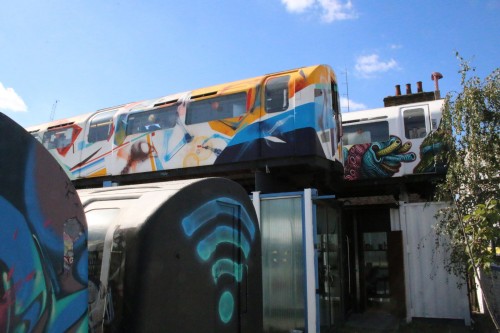 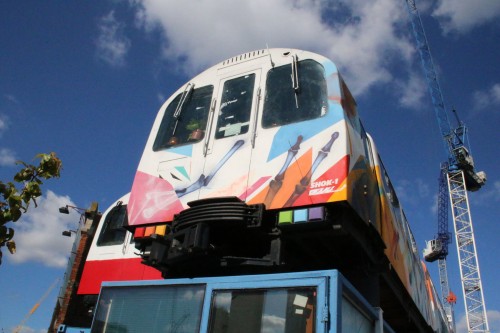 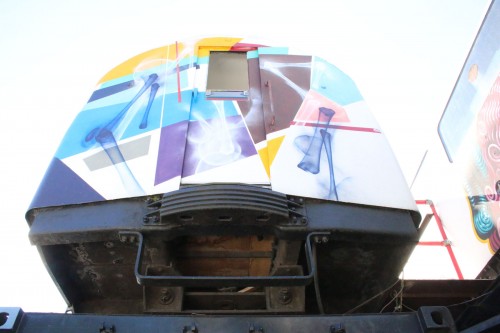