Climbing to the top of Windsor Castle’s Round Tower

For just a few weeks of each year, it’s possible to climb to the top of the ancient Round Tower inside Windsor Castle, with views that reach right across London.

There’s been a castle at Windsor since the time of the Norman Conquest as it sits on a convenient high spot in the area giving close access to the river, but also good views of attacking armies.

The original wooden castle was replaced with stone around the 1120s by King Henry I, but it was his successor Henry II who built most of the Round Tower that now dominates Windsor Castle.

It was once well named, as the tower was indeed round, but today it has a flattened side, thanks to a siege by the Barons who were hunting King John, and badly damaged one side of the castle. Hasty repairs have left it with a flat wall ever since, but they still call it a round tower.

While the rest of the castle has been open to the public ever since the 1992 fire, the round tower has been off-limits, until a few years ago when they started letting small groups up, in the Conquer the Tower tours.

Once you’ve handed over all your bags, but been allowed to keep your camera, a short walk and a small door opens to, blimey, would you get a look at that!

Well, actually, you won’t, as photography is not allowed inside the tower, nor some of the top for reasons that become a bit clearer later.

What you could be looking at is a very long steep stone staircase burrowing deep into the tower. The small door is the original entrance, at a time when entrances to castles were the weak spot, so tended to be small and defensive instead of grand and imposing.

Even more defensive, halfway up the stone staircase narrows sharply to force attackers to bunch up a bit, and there’s even an indoor portcullis as extra protection.

If an army got this far, then the deadly fire could rain down the stairs, as pointing right down, and at our faces, as we walked up, is a cannon mounted into the wall. Not to fire cannonballs, which would kill everyone, but also blow a hole in the walls, but to fire containers of gunshot. A gigantic shotgun that would fill the staircase with death.

Past that deadly guardian and a chance to go outside for a look, at a short walkway, lined with more cannons.

These are purely ornamental, added when the castle became a Royal residence, and despite looking impressive, they are useless. In part, because they face the staterooms, so would be firing in the wrong direction, but even if that were needed, the walkway is far too narrow to accommodate the recoil when the cannons are fired.

If fired, they’d bounce off the stone wall behind and probably thrash about killing everyone involved in firing it.

But we are still only two-thirds of the way up. We would have been halfway up, but in the 19th century, the castle was redesigned to make it more impressive. The tower looked a little squat in the larger castle grounds, so they stuck another 30 foot on top to make it the dominant landmark it is today.

To get to the top is a climb up an iron staircase — all the way without stopping.

Even up here, still, no photography, as we are overlooking the private grounds where the regal heads live. A zoom lens would be able to see into The Queen’s living room from up here.

What you can see though is a really good view of London. Planes taking off from Heathrow, Wembley to the north, and on the far distance, just visible through the haze, the skyscrapers of the City of London and Docklands.

Peering over the inside of the tower is a modern roof, as the tower is now home to the Royal Archives, centuries of documents and art housed in a solid stone container. 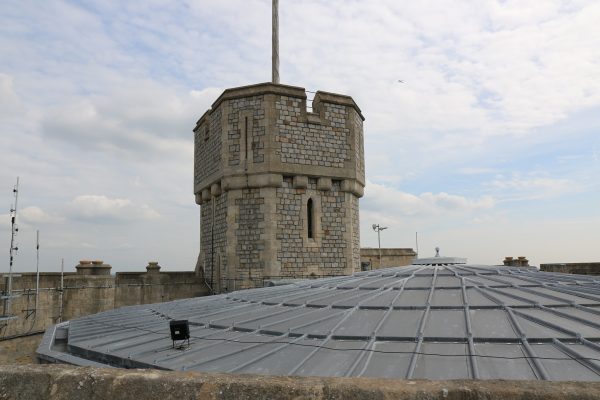 The flagpole is (probably) Canadian, they’re not actually that sure, but at its base is a small bag of coins in memory of an ancient seafaring tradition to put some coins at the base of a ships mast as good luck, or to pay for passage across the Styx if the sailor’s luck was less good. 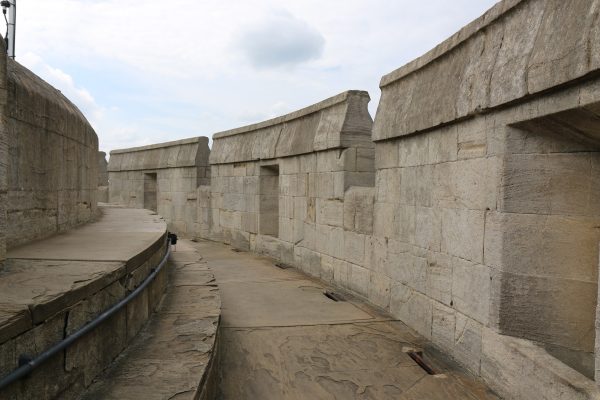 On the visit the Union Jack was flying, when the Monarch is at home, it’s the Royal Standard, the size of which varies from a small towel on windy days to something the size of a double-decker bus for big state occasions.

However, go around the no-quite-round tower, and finally, the cameras can come out. 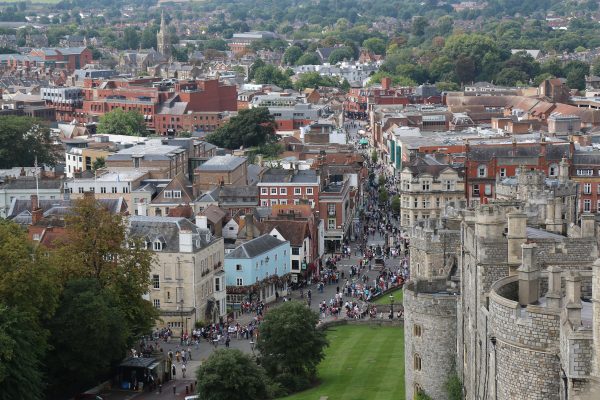 Peering over the edge of the battlements down into the castle far below, or getting photos of Windsor town centre and the riverside. 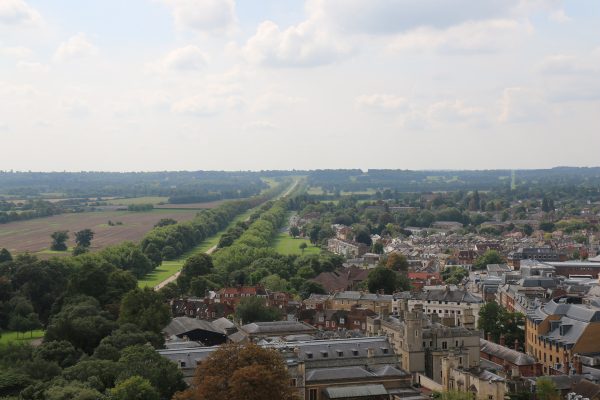 Compared to the views on the other side of far distance landmarks, the view from this side is smaller more intimate, of the castle grounds and town. 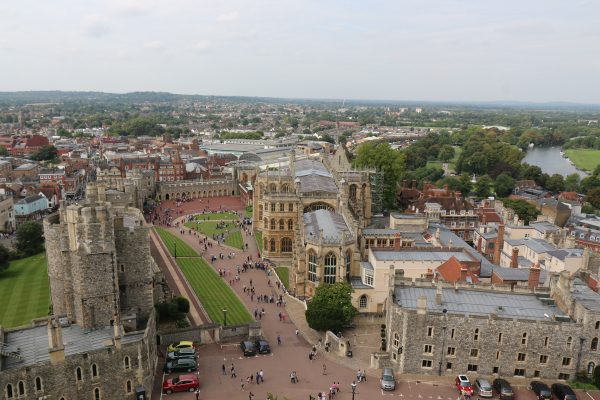 On my tour, there were just the three of us, and the group that preceded was just eight people, so a visit is quite a small affair, which helps to keep it more exclusive, and as the rest of the castle is heaving with tourists, a pleasing break from the crowds. 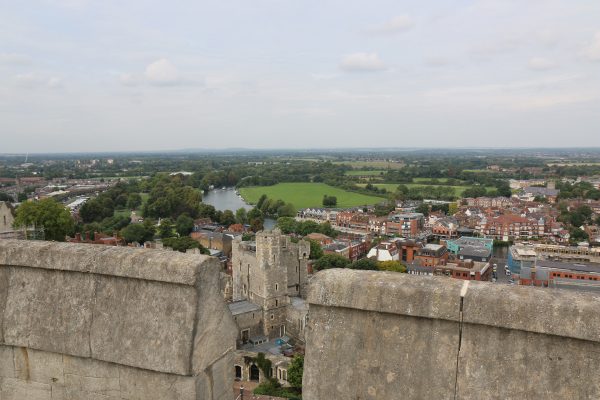 The Conquer the Tower tours are only available in August and September. 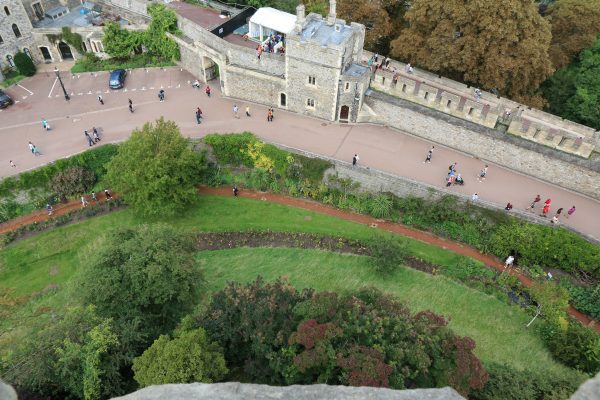 Otherwise, book online and just add it to the package. I strongly recommend booking online for any visit to the castle anyway, as it avoids the very long queues to pay at the gate.