If you are the sort of church that has a long association with a famous bridge, it is possibly not that surprising that you might have a large model of said bridge in your building. 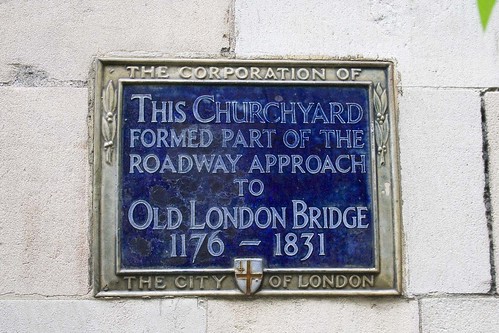 There have been churches of some sort on the site since Time Immemorial (in the literal sense) and the current incumbent is one of Sir Christopher Wren’s rather better buildings following the Great Fire of London with a very distinctive bell tower, and the later addition of a dramatic clock.

At the time of reconstruction the church stood right at the end of London Bridge, and the front of the clock tower was flat with the narrow road. When the buildings were stripped off the Bridge to make it easier for road traffic, the church tower now blocked the new pavements – so they cut an arch in the bottom and demolished the side buildings – and that is now the entrance to the church.

Although a Church of England property, it has strong Catholic leanings inside, thanks to the influence of a vicar in the early 20th century, but it is the model of London Bridge which makes the church more famous today. 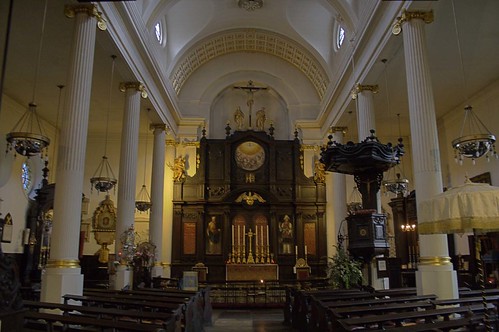 Donated fairly recently, it was presented to the Church by the Worshipful Company of Plumbers in 1987 – and depicts the Bridge as it would have appeared in around 1400. There are over 900 people depicted on the Bridge amongst the buildings, and King Henry V can be seen entering the City of London from the Southwark side. 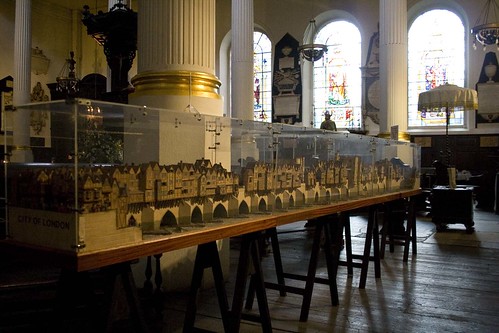 Apparently, one of the tiny figures is in modern policeman’s uniform – although I couldn’t see which one. Then again I didn’t look that long. 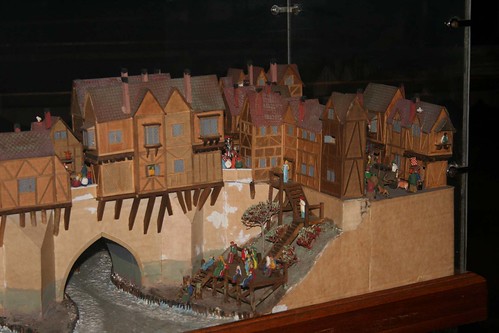 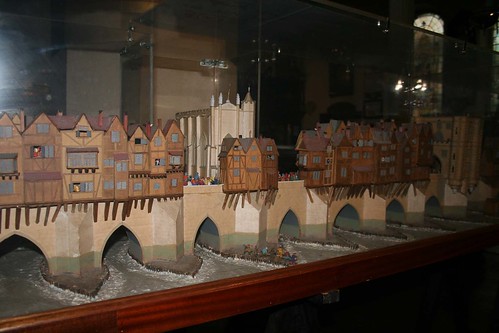 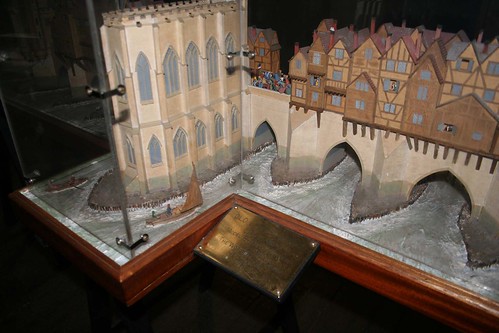 Another curiosity of the church though has me somewhat baffled, as I cannot recall having ever seen it in other churches, although researching it shows that the custom was once commonplace.

On either side of the main entrance are four shelves, each with a loaf of bread on it, of varying age. Obviously there is a Biblical relationship, but according to the website, these were placed there on Saturdays for for distribution to the poor after Sunday morning service.

I can only presume from the state of the dusty loafs that the poor of the City are not too keen on their donation. Then again, they are now so stale that they could probably make quite solid projectiles if some malcontent youths want to have a riot against the City bankers. 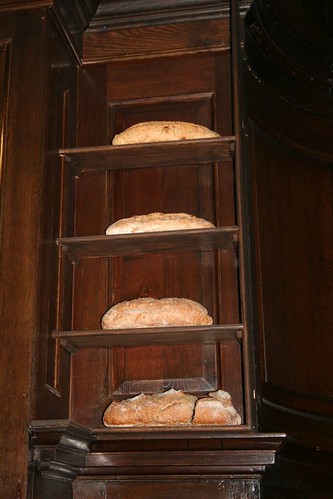 The church is open for visiting and for prayer Tuesday to Friday 10am to 4pm – with services at lunchtime. Some more photos here.