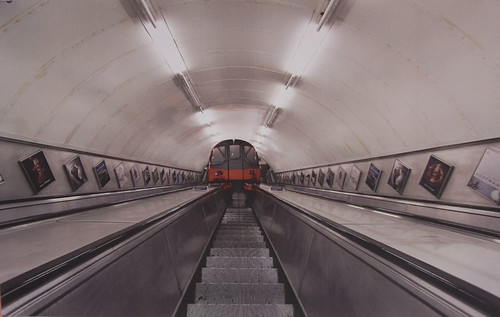 No, not a new type of tube train designed to deposit passengers directly in the ticket hall — although, hmmm — but a model tube train in the form of a full-sized camping tent.

Specially built by The Monster Factory, it was also in use at the Southbank Centre over the weekend as the venue for a Poems on the Underground event. 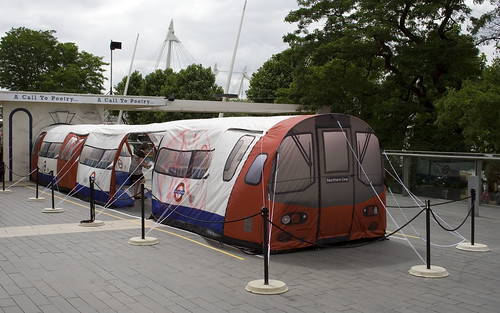 Sadly, the graffiti, while certainly fitting for the tube train was not part of the original design, but was added over the weekend by culturally deficient vandals.

Inside, people were invited to use the straw bales for seats (another design idea for future tube trains?) and compose their own poems, or more likely when I was there, take photos of each other sitting in a tube train tent. 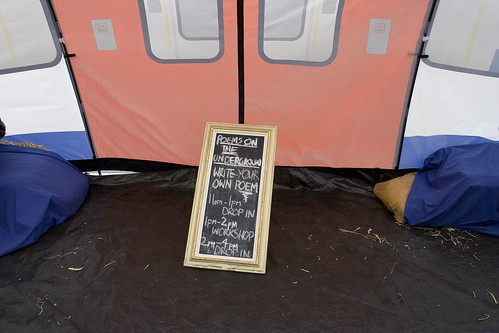 Back to the original photo of the train in a station – hanging on one side of the tent were some photos from when they erected their tent along the disused Jubilee Line platforms at Charing Cross.

And before anyone says it, yes, I know its a Northern Line train in a Jubilee Line platform – but it’s also a tent, not a real train, so stop moaning 😉 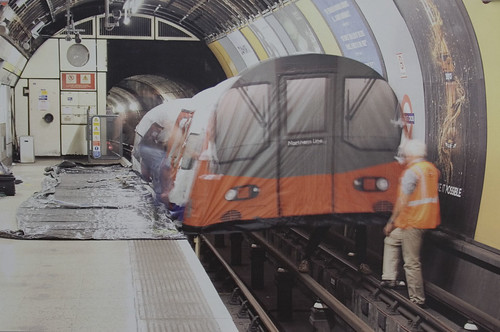 Installed on the tracks at Charing Cross. 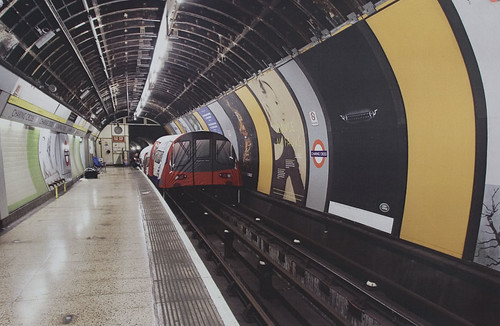 I notice the garden seats are lined with tube moquette – so they are actually quite fitting for this scene. 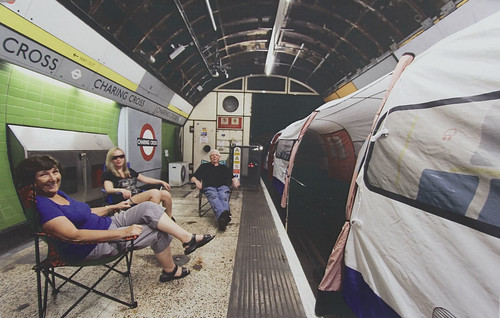 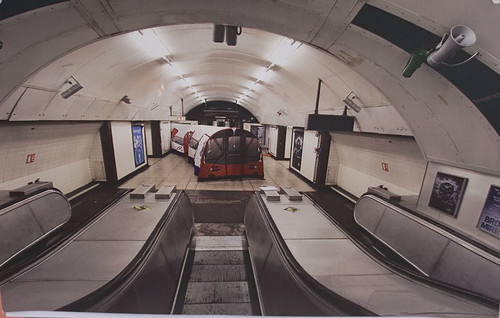 Built by the Monster Factory, who already sell a full-size camper van as a tent, their Facebook page suggests it will also be for sale at some point. I can imagine a lot of school fetes wanting them – and transport fairs finding them a convenient way of dealing with bored kids.

For tube geeks with smaller gardens, and smaller children – they do sell this smaller, and more affordable version though. 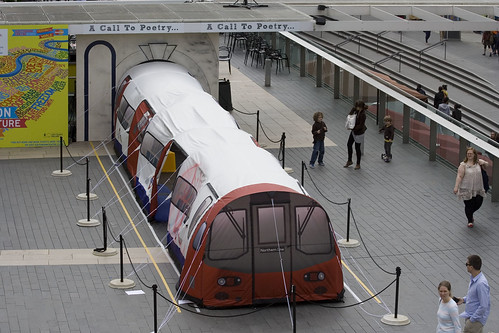